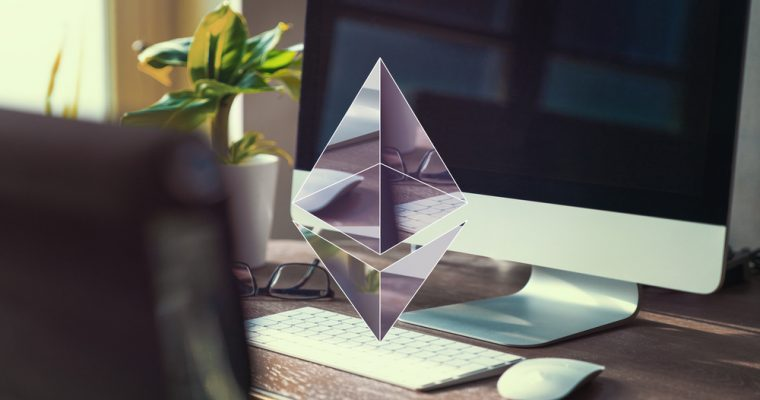 The ethereum price increased by six percent on Tuesday, surpassing the $1,200 barrier and raising its market share to nearly 16 percent. Meanwhile, other top cryptocurrencies saw their markets turn sour after a data point adjustment at market statistics website CoinMarketCap appears to have induced an artificial correction.

Cryptocurrency Market Cap Briefly Slips Below $700 Billion
The cryptocurrency market cap began the day above $750 billion, which appeared to be a moderate decline from its previous day level but actually reflected the fact that CoinMarketCap had decided to stop factoring prices from South Korean exchanges — which often trade far above their global averages — into their pricing algorithm.

The website did a poor job of communicating this, leading most visitors to incorrectly believe that cryptocurrency prices were plunging across the board, particularly those — like ripple — that see heavy trading volume on Bithumb and other South Korean exchanges.

Bitcoin Price Drops Below Another Checkpoint
The bitcoin price was near the front of the retreat, declining five percent to $14,489. The most prominent cryptocurrency has dropped by nearly $3,000 since peaking at $17,252 over the weekend, reducing its market cap to $250.4 billion. 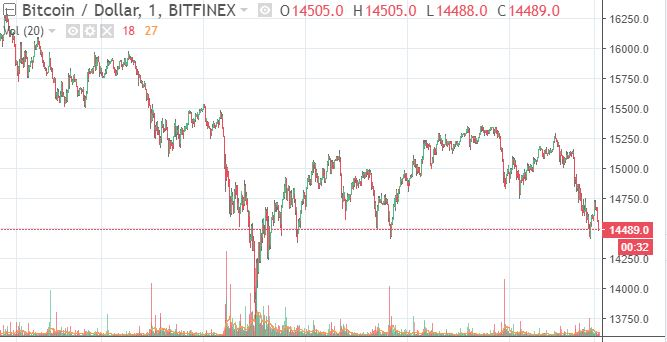 Aside from the CoinMarketCap data point adjustment, there was no clear explanation for bitcoin’s price decline, although it could stem from continuing unease about inspections South Korean regulators are currently conducting into bank accounts belonging to domestic bitcoin exchanges.

Ethereum Price Posts Lone Advance Among Top-10 Cryptocurrencies
The ethereum price swam against the current for the second consecutive day, posting a five percent advance even as bitcoin and other top cryptocurrencies fell into decline. At present, the ethereum price is $1,186 on Bitfinex, while its global average (now excluding Korea) is $1,217. Ethereum has a market cap of $117.9 billion, providing it with a $26 billion edge on third-ranked ripple. Altcoins Suffer CMC-Fueled Decline
CoinMarketCap’s decision to stop factoring South Korean data into its pricing algorithms may have been an artificial change, but it appears to have led to a real decline in the altcoin markets.

The ripple price declined nearly eight percent on Tuesday, falling to $2.28 on Bittrex and $2.37 overall. This reduced ripple’s market cap to $91.7 billion and placed it well behind ethereum in the struggle for the silver podium. The bitcoin cash price declined by two percent $2,414, and cardano’s price dropped by seven percent to $0.87. Sixth-ranked NEM declined by three percent, while both litecoin and stellar posted four percent losses for the day.

The IOTA price declined by seven percent, although the token managed to maintain a market cap of greater than $10 billion — at least for now — and TRON posted a 12 percent pullback — worst among top 10-cryptocurrencies — to round out the top 10.