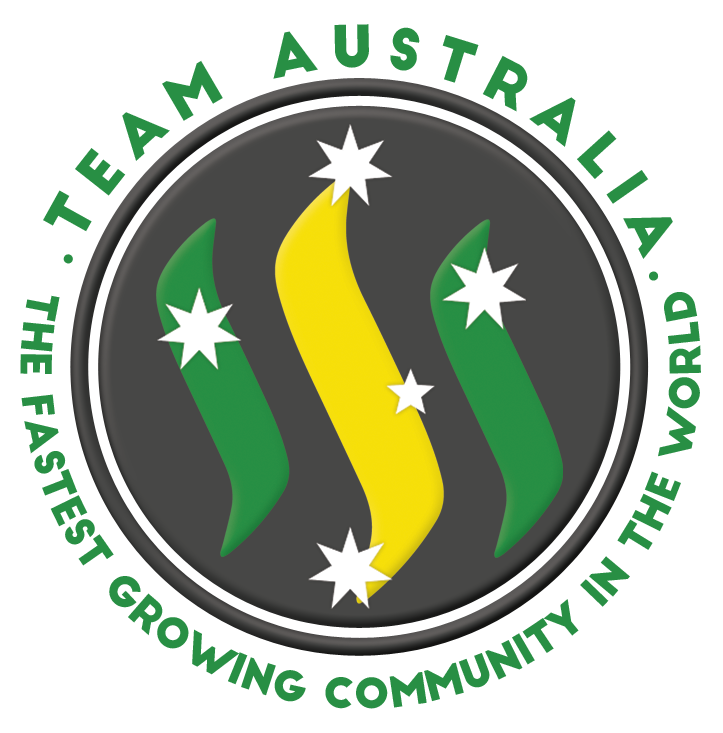 I'm excited to announce that as a Team, we have delivered on our goal to make a difference in some sick kids lives. Last week I was able to deliver the 3 iPads that the team funded through various events such as raffles and competitions.

The list of contributors here is long so I can't go through them all, but the donations came from far and wide and from all manner of different people from the biggests of Witnesses right through to the smallest of minnows. The spirit of giving was incredibly strong and I'm very proud of the efforts that went into this.

The ipads were laser engraved with the Team Australia logo and the general website address and we gave out a few brochures for the staff to hand around the hospital. I promise in real life the engraving is much much crisper. These iPad will be used to loan to children who are in hospital for an extended stay, so they should be handled by a huge number of people who should see our logo and hopefully look us up.

Yesterday we recieved a letter from the hospital officially thanking us, and all of you for the donation. 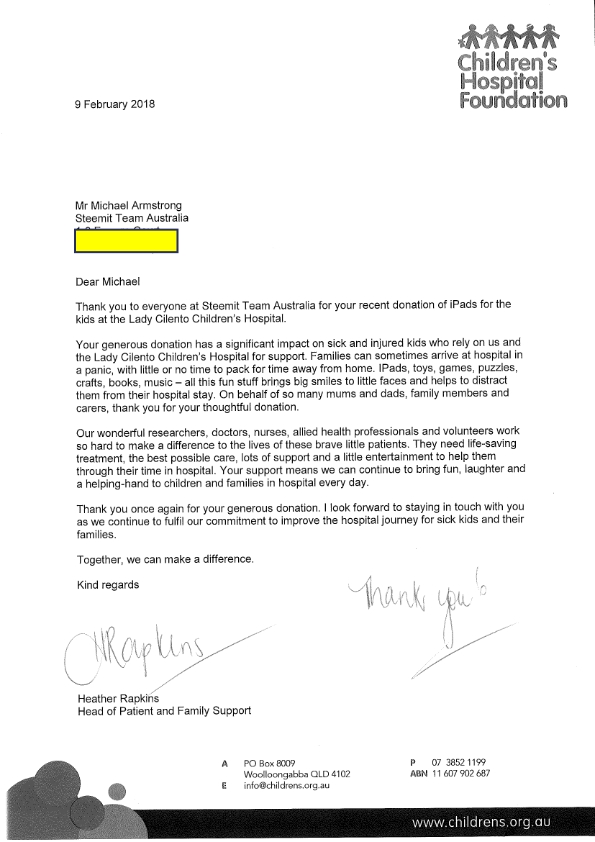 The Christmas period made this Charity Drive go a few weeks long than I had anticipated, but we got there in the end.

Would the team like to do another one similar to this, or would you like to raise funds to get as many people to Steemfest as possible?

Mate, that is so cool.
@teamaustralia really is the best.
Well done Gohba.

Awesome stuff. Great result for a great cause.

Lady Cilento is a Brissie hospital I've taken my kids there. Thanks very much guys and gals keep up the exceptional work !

This is great. I missed the announcement about this charity drive. I would like to see another one similar. And I would love to contribute to it.

Omg thats amazing. Bought tears to my eyes! Definitely need to do more things like this and use our steem power for good!! <3

As fun as steemfest sounds I'd rather do other things similar to this :)

Awesometastic? I love it! Have to steal that one.

Well Done!! True Aussie spirit!
Can we do something like this in Adelaide?

This is awesome man!! Let's see if we can go bigger and better for the next one! What a great donation!

It's a hopeful conclusion.

Way to go mate. Steemfest would be fun of course but i think the charity stuff would be better.

Hey I've got one of my hand made gemstone bracelets, happy to raffle off and the proceeds go to the next charity drive let me know how we do that.

Pretty cool deal. Aussies getting it done per usual!

Amazing!! Proud to be part of this community <3

Wow, great job! I'll keep an eye out for the next one.

This is a superb content! I would love to see more of you. 🏵

Wow, that is awesome effort. I'm sure you've put smiles on a lot of people's faces that day

That is an awesome outpouring of community love. Thanks for sharing this cool idea for charity that brings us together as a community.

This is great to see man, glad it was such a great success, and that is really great. I'd be in to help with whatever fundraiser is next and looking forward to seeing everyone at steemfest!

That's major man!! All power to you