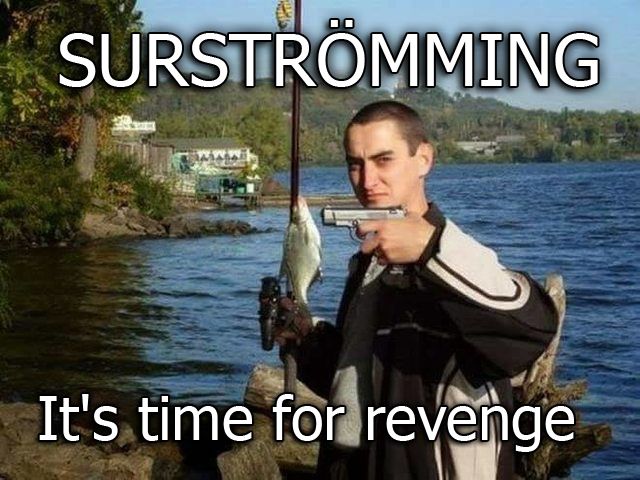 Wikipedia
Surströmming (pronounced [²sʉːˌʂʈrœmːɪŋ], Swedish for "sour herring") is fermented Baltic Sea herring that has been a part of traditional northern Swedish cuisine since at least the 16th century.

When a can of surströmming is opened, the contents release a strong and sometimes overwhelming odor. The dish is ordinarily eaten outdoors. According to a Japanese study, a newly opened can of surströmming has one of the most putrid food smells in the world, even more so than similarly fermented fish dishes such as the Korean hongeohoe or Japanese kusaya.

I really wanted to try Surströmming. It's just "I don't want to be out from new experiences". However, when my friend had opened, I ran 10 meters away and it was still hard to not vomit. :D