Singer Lionel Richie appeared in the US-based brokerage firm’s ad describing a customer’s ability to trade 24 hours a day, 5 days a week while, frustratingly, avoiding using the title of his 1983 hit song, “All Night Long (All Night).”

The ad, which played immediately after the national anthem, ended with the company’s logo and the phrase, “Bitcoin futures available. Fiesta forever”: 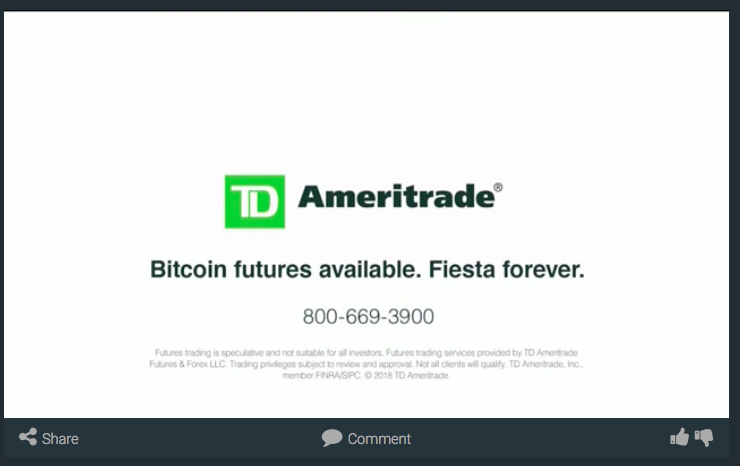 Want me to resteem and upvote you post? If you do then send me 0.01 steem and it will be done. Thank you.

thanks bro vote and reward