life of a street children in bangladedh

A stunning photo series reveals the faces of street children in Bangladesh.

by Jon Comulada
Bangladesh is a lush South Asian country nestled between India and Myanmar.

It's known for its rivers, its hot, humid summers, and the immensely crowded capital city of Dhaka. 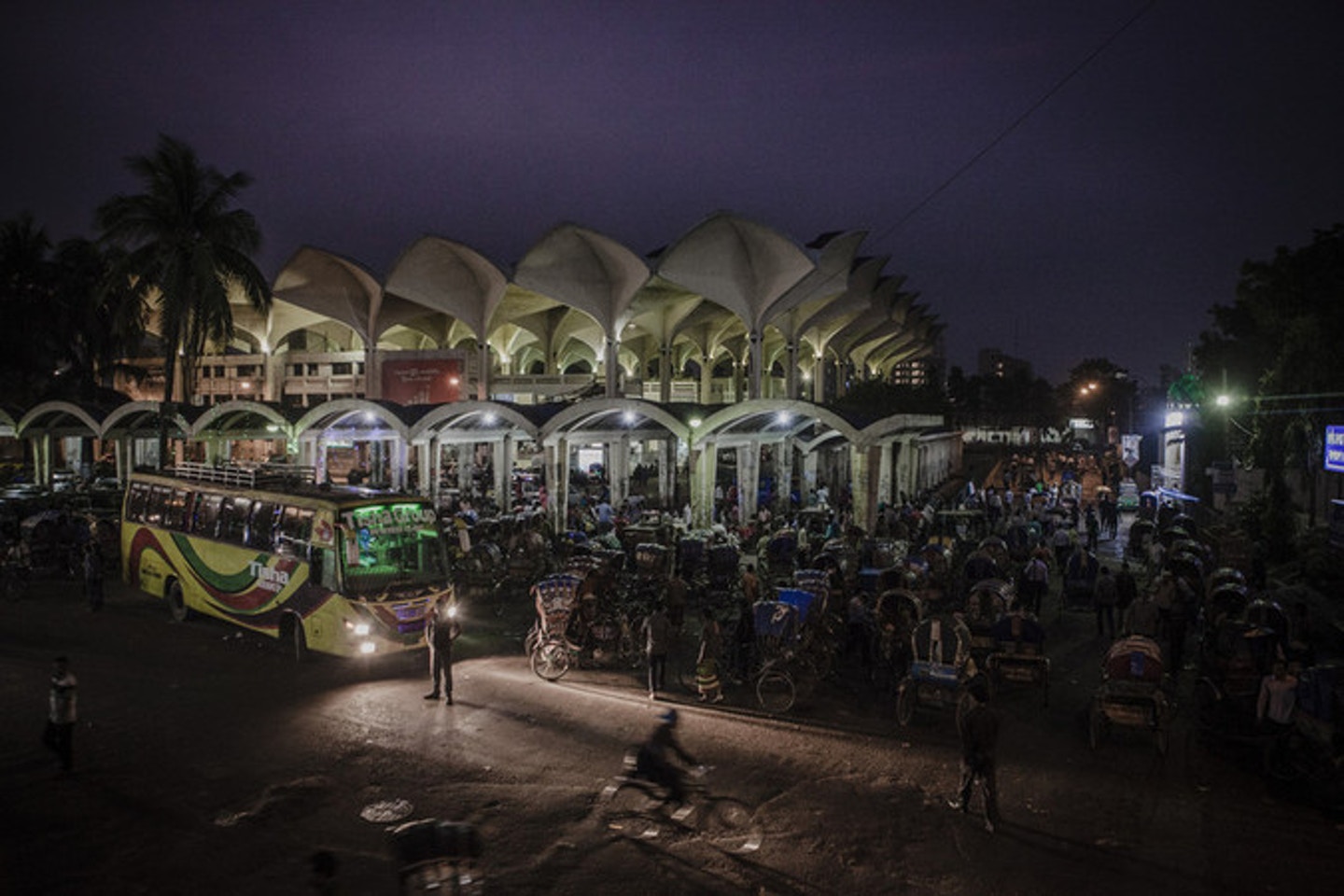 Share
All images provided by Save the Children/Story Central.
It's also known for its widespread and rampant poverty.

In 2010, 47 million people there were living below the (U.S. defined) poverty line. There are many reasons for all the poverty, including the population size and a volatile political climate, but one fact remains the most unsettling:

Of the millions of people living in poverty in Bangladesh, over half of them are children who face a uniquely difficult form of it.

Not only do they struggle to meet their basic needs, they do so while being harshly discriminated against and treated as a nuisance.

"They are the forgotten children of Bangladesh," a representative from Save the Children told Upworthy. "[They are] often ostracized by the community and excluded from life-saving services. Many face a lifetime of discrimination, unable to attend school, find a safe place to sleep or enough food to eat." Share
In fact, these children are 2.5 times more likely than other children to be rejected from schools because of discrimination, which traps them in a vicious cycle of poverty.

They sleep wherever they can, mostly on the streets or in abandoned buildings. Some do odd jobs to earn pennies a day, and all of them have little hope of ever building a better future.

Cast out by society and forgotten, the world doesn't often see their faces.

Which is why Save the Children commissioned a powerful photo series about them, to bring their stories to light.

The photos are illuminating and stunning and show in detail what it's like for children to live in the harshest poverty with little chance of escape. 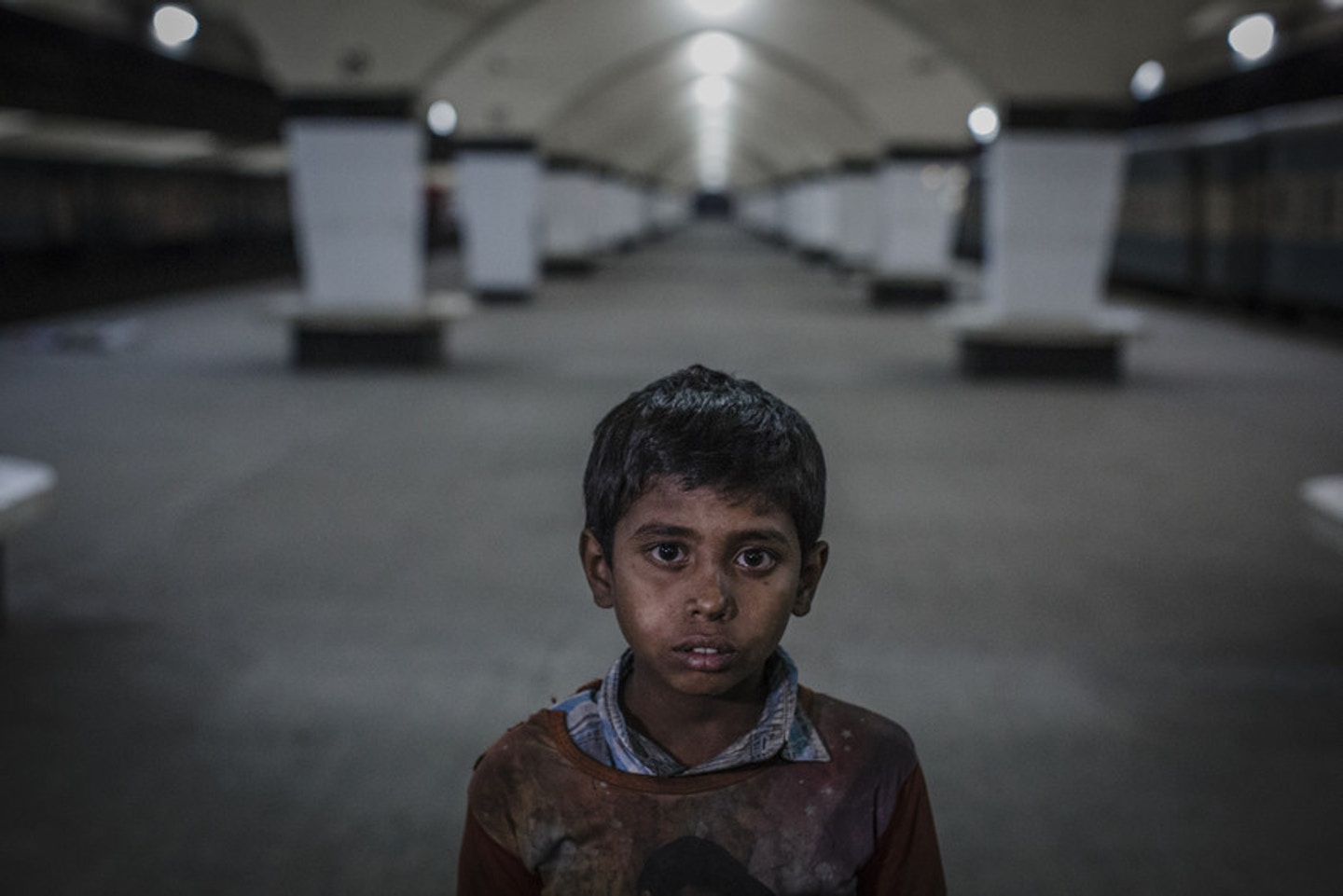 Share
Emon left his home after being beaten by several of his family members. He's been on the streets ever since. To make money, he carries bags for people in the train station and works as a porter. He has no possessions and says he is often hungry. Share
Ramjan has been sleeping on the streets since his parents left four years ago. He sleeps in a train station where he says he gets beaten and taunted, often going to sleep hungry and afraid. 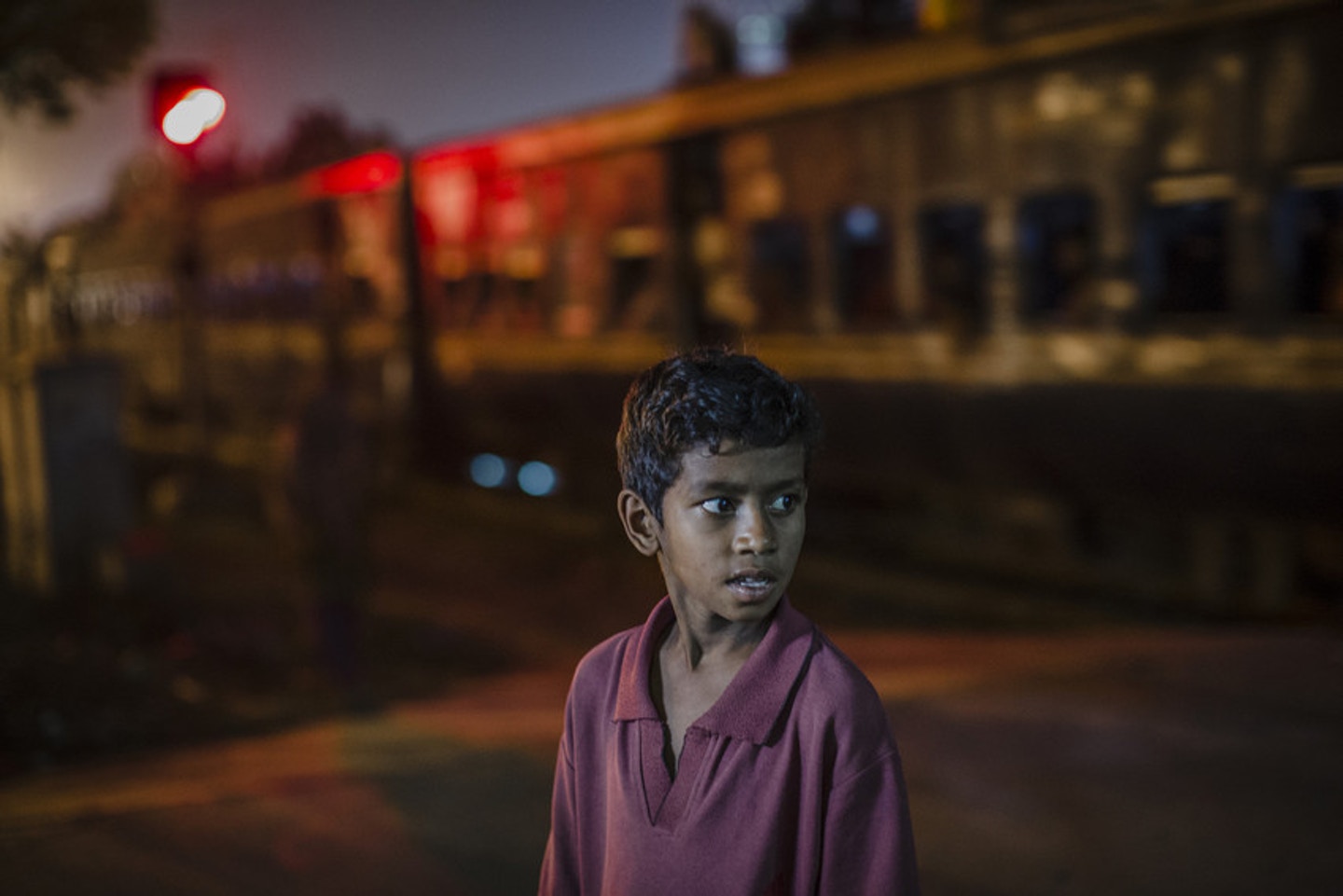 Share
Shohag has lived on the street for between three and four years. Most of the time he sleeps in and around Kamalapur railway station. During the day, he hangs around the station trying to pick up work as a porter, through which he might earn, at best, 100 BDT, which is a little over $1, a day.

And Hasan, who sleeps at Save the Children's own shelter. Share
Hasan left home two years ago after arguing with his parents. While sleeping in a train station, he was beaten during the night and also saw traffickers approaching children.

“When I grow up, I dream of having a job in the guards or the police,” he told Save the Children. “But for that I need to study. I will have some power — then I won’t get beaten.”
Selim, age 12, says that his main fear is attacks from the police. 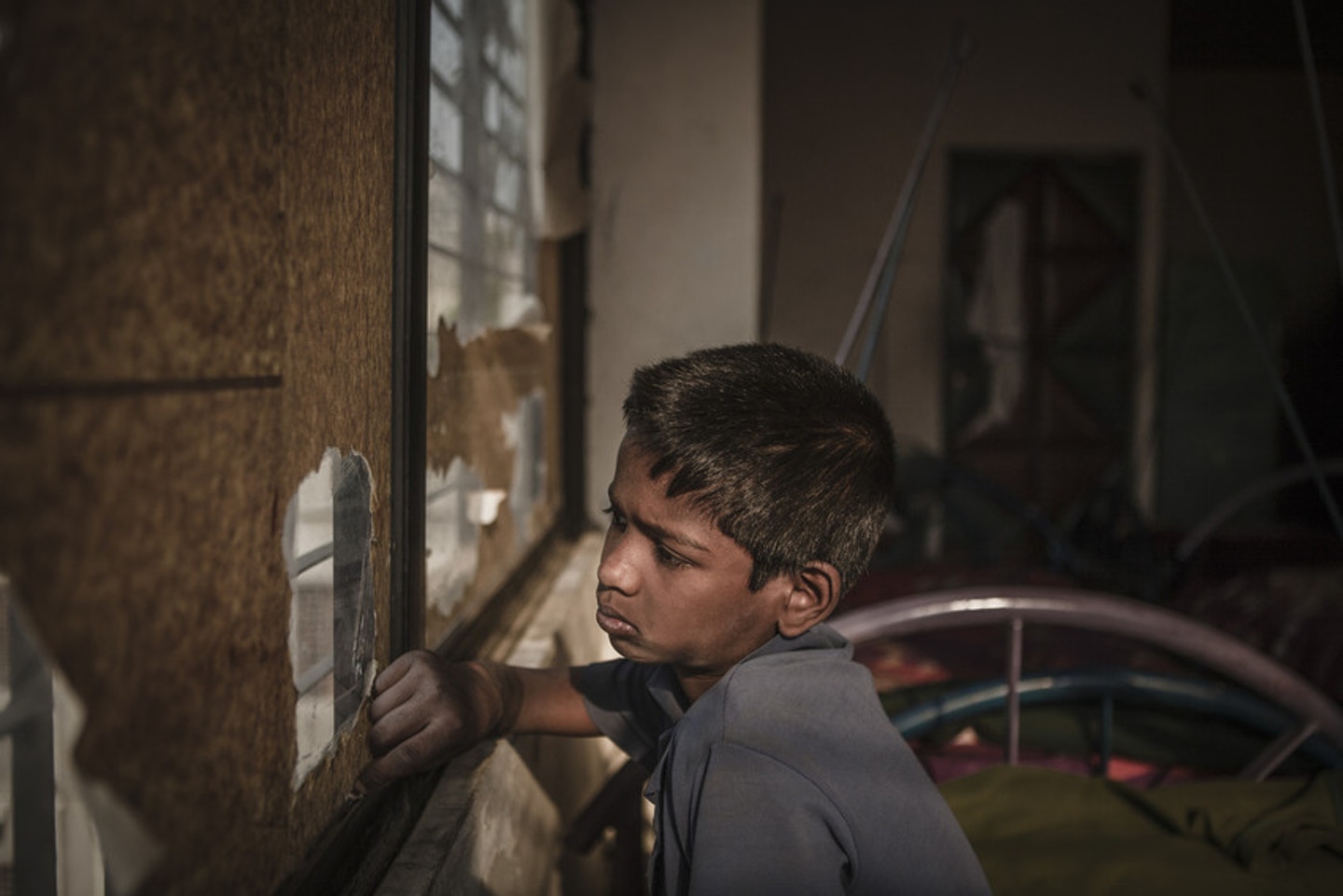 Share
"When they come, they blow the whistle [to get us to disperse]," he told Save the Children. "If that doesn’t work, they beat us lightly with their sticks. If we don’t move, they beat us hard. It feels bad when they wake me up in the middle of sleeping. And sometimes I curse them in my mind."

Tuhin has only been on the streets for six months. Share
He collects bottles for money and doesn't know how to read or write. "I can count a little," he says. "But I don’t understand money.”

While the situation for these kids is dire, Save the Children recently partnered with a local Bangladeshi shelter to provide a sliver of hope.

Share
The shelter, run by INCIDEN Bangledesh provides a safe place to sleep for children aged 9-14 as well as food and outreach to give the kids a basic education. 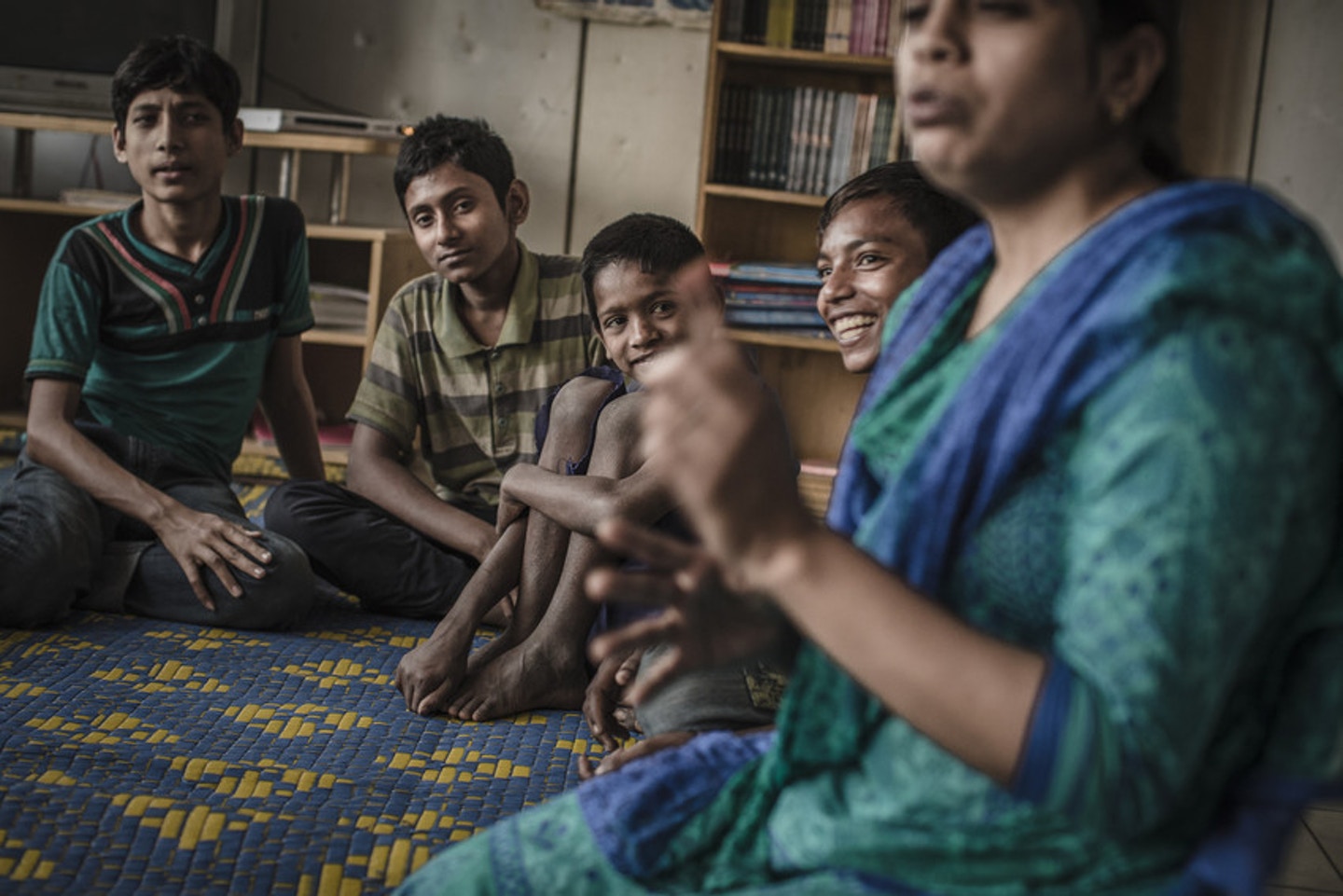 It may be small in the grand scheme of things, but the shelter is one of the only bastions of safety and comfort these kids have.

No child should have to look at a safe place to sleep like a luxury, but millions do every single day. While there are efforts to improve their quality of life and provide safety, it's a brutal uphill battle that won't end any time soon.

As for the greater economic needs of the country, Bangladesh is crawling its way up and has managed to reduce the number of people living in poverty by 16 million in 10 years.

"Street children should not be forgotten and excluded from society," says Save the Children. "Their rights should not be ignored and more should be done to help them access mainstream society."

What's amazing about children, though, is that you can take away their homes, their sense of safety,