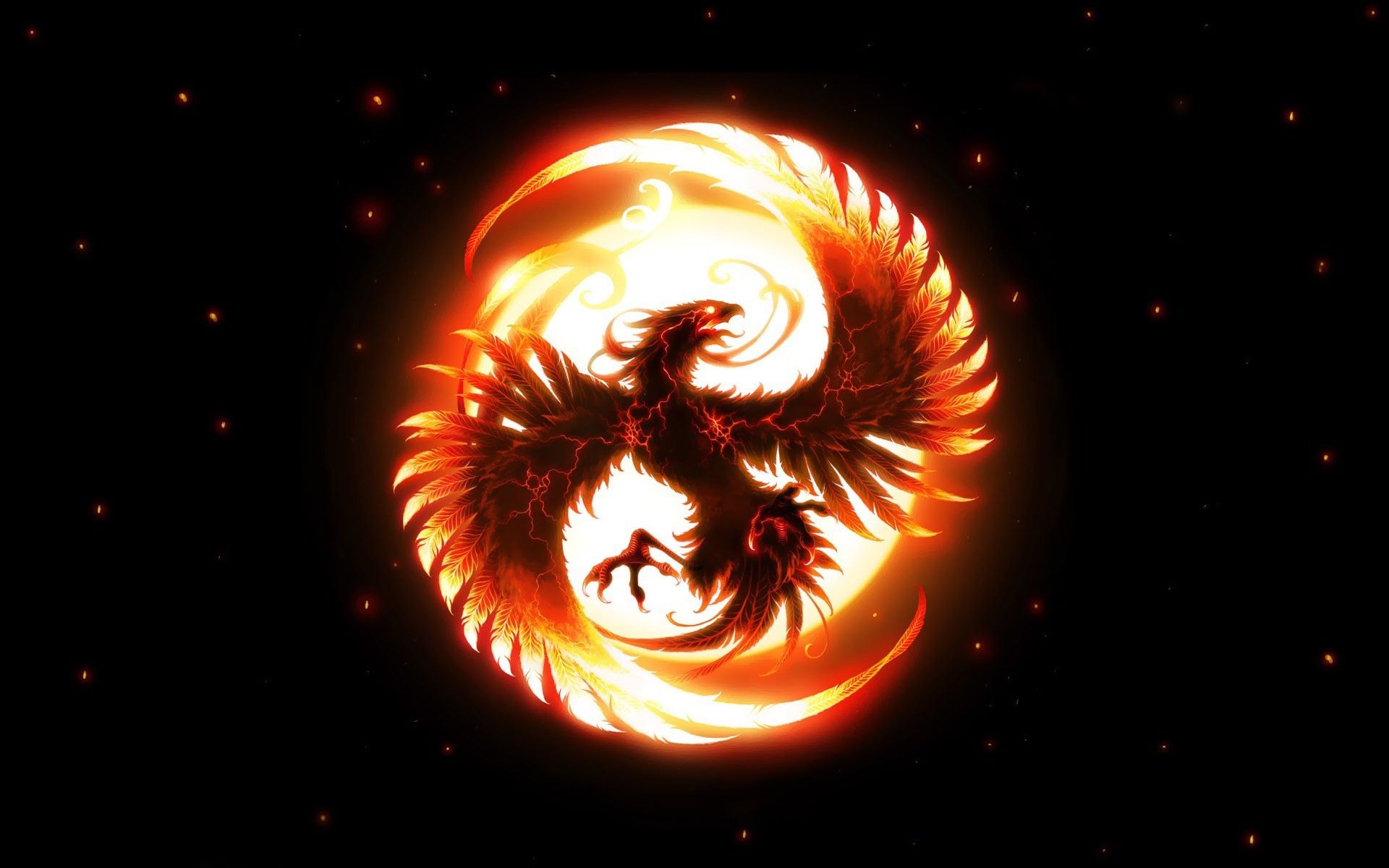 Standing on the stage, the last battle before the finals had yet to be decided. The atmosphere within the arena was much more tense than it had been before and a certain degree of expectation was left unsaid throughout the air.

The first of the semi-finals had ended in a shocking, yet anticlimactic, result. The thought that a semi-finalist would forfeit from the start was unexpected. The commoners partaking in this tournament all relied on their winnings to feed their family.

Spending some time to think it through made the situation that much more shocking. It was obvious that the commoner had forfeited for the sake of getting revenge on Li Shing, yet this was another reason for surprise.

Hui Yue was a mere nine-star Student ranked cultivator, and he had caused a late rank Disciple to step back trusting a boy within the lowest realm of cultivation to take that revenge for him.

At first they thought said cultivator had stepped down for the sake of allowing Wang Ju Long and Hui Yue to end their feud, which everyone present had noticed long ago.

Looking at the two students from below the stage was Wang Ju Long, the prodigy child of the Wang family, who had managed to defeat the top seeded Rong Ming. To defeat Rong Ming one could expect that Li Shing would also fall to the ten-year-old boy.

Others mused that Wang Ju Long only won against Rong Ming because of the older boy’s inattentiveness. It was unlikely that Li Shing would fall for the same trick, and considering the attack he had used against Gao Yan it was highly likely that Wang Ju Long would become seriously injured with the first exchange of techniques.

The two young students were both standing on the stage, in front of each other, while waiting for the judge to appear. Today, as it was a semi-final match, the judges were Royal Academy Elders. These elders were important figures not only within the Academy, but also within Riluo City.

The elder today was one of the youngest elders who was assigned to the Riluo City Royal Academy. His name was Qin Tsang, and so far Hui Yue had a good impression of the middle-aged man.

Qin Tsang had become an elder a year prior when he reached the Duke rank, and he had immediately decided to join the City Lord’s faction like the majority of elders within the Royal Academy. Lord Rong Liang was, after all, appointed to his position by the royal family.

“Let the battle begin!” Qin Tsang’s voice roared through the filled arena, and every sound vanished as everyone’s full attention focused on the two youths standing on the stage.

As soon as the voice sounded, wind started to blow throughout the entire area, and it quickly picked up speed as it rushed towards Wang Ju Long forming the now familiar hurricane of protection around her body.

Wang Ju Long’s eyes were narrowed, and she kept looking at Li Shing awaiting the sudden slash which would be aimed for her, yet nothing happened.

Retreating step by step and providing space between the two was the only thing that Wang Ju Long could do while she waited for her Qi lightning bolts to charge and grow in size, stacking them up around her body.

Suddenly the flash of white lustreless Qi appeared rushing towards the distant Wang Ju Long. Fortunately, Wang Ju Long had not allowed her attention to slack, and immediately two balls of Qi Lightning shot out from the safety of the hurricane and slammed straight into the lustreless slash which was aiming for her.

A thunderous boom rang out within the arena, blowing a violent wind from the point of impact before Wang Ju Long sucked in the wind to become a part of her defence, causing her hurricane to whirl around her at astonishing speed her figure blurring in the middle.

An unsightly expression appeared on Li Shing’s face as he recreated his Qi whip. The previous one had been utterly destroyed while colliding with the Qi lightning bolts, yet no expression of defeat could be seen on his face.

The same scene appeared once more as the lacklustre white Qi shot towards Wang Ju Long and two Qi Lightning balls exited the safety of the hurricane. Booms filled the air, but unlike last time the whip managed to survive and continued its path towards Wang Ju Long.

The current Wang Ju Long was hidden within the hurricane so no one was able to see her expressions. Still Hui Yue could sense a feeling of annoyance.

The Hurricane had not been up for long enough to create a stockpile of Qi lightning balls as each ball was used as soon as it had been created in the constant exchange of blows.

“I forfe….” Before she could finish the sentence the whip arrived near her causing her to quickly retreat. Fortunately, Wang Ju Long had stayed alert and reacted quickly as the whip was filled with an overbearing energy, promising to end Wang Ju Long’s life had she not moved as swiftly as she did.

Hui Yue’s face darkened as he realised how close Wang Ju Long had been to dying, and anger welled up inside him together with his Qi which started flowing through his meridians unconsciously.

On the stage was Wang Ju Long who had escaped death, however her body was filled with cuts and blood oozed out from her arm where the muscles clearly had been severed.

Just as Wang Ju Long opened her mouth, getting ready to once again forfeit, Li Shing unleashed another round of lashes which were brought down upon her causing even more damage than last time.

Blood was streaming down her face, blinding her. Blood was flowing freely from her body down to the floor, causing it to be slippery, and her right arm was almost severed completely, the white bone visible through the flesh.

Once again Wang Ju Long opened her mouth trying to forfeit, but, just as before, Li Shing did his best to break up her words.

This time, however, Wang Ju Long no longer had the energy to move, and she stood still glaring at the man in front of her.

Seeing this caused a chill to run down Hui Yue’s spine as he leaped into the arena. Previously, when the Qi had started flowing within his meridians, Hui Yue had unconsciously activated Velocity Flow, and his current movement was simply too fast for Li Shing to keep up with.

Within a second Hui Yue landed on the platform, where he picked up Wang Ju Long before he jumped off the stage.

Everything happened so quickly that no one present was able to react to it. Hui Yue’s Velocity Flow had increased in speed from the first time he had used it in the tournament, and Hui Yue moved like the wind while he was saving Wang Ju Long.

A clamour was quickly spreading throughout the arena; While some had faces of relief, others were confused, and there were also some were filled with disappointment.

“What do you think you are doing!?!” A voice roared out from the stage, causing Hui Yue to stop in his tracks and turn his head to see who was talking.

“He already forfeited,” Hui Yue said, his eyes cold as a winter morning, “You did not end the match when he forfeited. I should be the one asking you why you let the battle go on after someone forfeited?”

Hui Yue always ran around with the Rong twins, not to mention that he had an erased past, courtesy of Lord Rong Liang. Everyone would have expected Hui Yue to just watch Li Shing injure or kill Wang Ju Long.

“He never finished his statement; I demand an answer as to why you think a mere child like yourself may interfere!” Qin Tsang felt humiliated by Hui Yue, not to mention humiliated in front of all the nobles within Riluo City no less. This was unacceptable, and he stared daggers into Hui Yue who casually walked away, carrying Wang Ju Long in his arms.

“Wait and explain yourself!” The elder yelled once more, and Hui Yue did stop. His head once more turning towards Qin Tsang, yet, this time, it seemed more like the face of a white rakshasa rather than an angel.

“Scum like you have no right to question me.” Hui Yue said with his voice low and steady, and it brought forth a heavy pressure which overwhelmed everyone present.

Qin Tsang felt as though he had been dropped into a frozen lake. His whole body started to tremble and goosebumps appeared everywhere on his body as his heartbeat started to become erratic.

Hate filled the elder as he felt pressured by a mere Student ranked cultivator, and he opened his mouth to utter a reply.

“You…. You are disqualified!” He yelled at Hui Yue as he continued to walk away, yet the young boy neither stopped nor did he slow down on his way towards the infirmary.

“Who would have thought that it would end like this,” Hui Yue said jokingly to the beaten up girl in his arms, “To think that you are a girl, what a surprise.” He continued causing the body below him to become rigid.

“How do you know?” She asked, becoming alert, clearly worried as to what would happen.

“Well, even if you are a girl, you really are incredibly flat,” Hui Yue continued, as if he had not heard Wang Ju Long’s question.

It was not before now that it dawned upon Wang Ju Long that Hui Yue was carrying her like a princess and, unfortunately, one hand had gone astray, resting on her bandaged chest.

“You pervert!” Wang Ju Long exclaimed, her cheeks burning red, causing everyone close to them to stare at her while giving them weird looks.

Although Wang Ju Long was in severe pain, and bleeding all over, she still managed to blush at the previously stated comment.

“Don’t worry too much,” Hui Yue said, while smiling to the girl in his arms. “We will have a rematch next year.”

Having said that Hui Yue noticed a gratified smile appear before he turned around and saw that Wang Jingshen and a group of people were rushing towards them.

The people following seemed to be elders of the Wang family, and their faces were all white from worry and suppressed anger.

“Thank you, student,” one of the elders said as they arrived next to Hui Yue. “We will take it from here,” he continued and quickly grabbed Wang Ju Long from the embrace of Hui Yue.

A smile appeared on his face as he noticed how frantic these elders were, as if they feared that Hui Yue might notice their secret.

“I will leave the rest to you, honourable elders,” Hui Yue said with a slight bow, which they returned with a nod, after which they quickly rushed towards the temporary infirmary.

Hui Yue stood behind for a bit looking at them vanishing into the distance. A few thoughts kept swirling around in his head, yet he could not make sense of them.

With a deep sigh, Hui Yue turned around and walked back towards his friends with a complicated expression on his face.