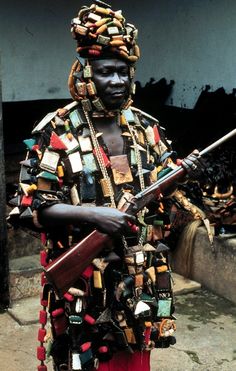 Etymology and origins
The name Asante means "because of war". The word derives from the twi words asa meaning "war" and nti meaning "because of". This name comes from the Asante's origin as a kingdom created to fight the Denkyira kingdom.

The variant name "Ashanti" comes from British reports that transcribing "Asante" as the British heard it pronounced, as-hanti. The hyphenation was subsequently dropped and the name Ashanti remained, with various spellings including Ashantee common into the early 20th century.

An alternative theory is that the name derives from the Hindi word Shanti, meaning peace, the opposite of which is Ashanti, meaning war.

Between the 10th and 12th centuries AD the ethnic Akan people migrated into the forest belt of Southern Ghana and established several Akan states:

THE HISTORY OF ASANTE KINGDOM THE GOLDEN STOOL OF THE ASANTE KINGDOM

Ashanti political organization was originally centered on clans headed by a paramount chief or Amanhene.[7][8] One particular clan, the Oyoko, settled in the Ashanti's sub-tropical forest region, establishing a center at Kumasi.[9] The Ashanti became tributaries of another Akan state, Denkyira but in the mid-17th century the Oyoko under Chief Oti Akenten started consolidating the Ashanti clans into a loose confederation against the Denkyira.[10] 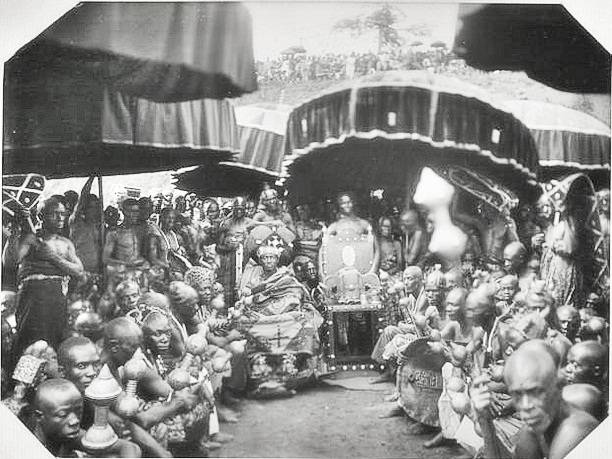 The introduction of the Golden Stool (Sika ɗwa) was a means of centralization under Osei Tutu. According to legend, a meeting of all the clan heads of each of the Ashanti settlements was called just prior to declaring independence from Denkyira. SOME PICTURES OF ASANTE KINDOM 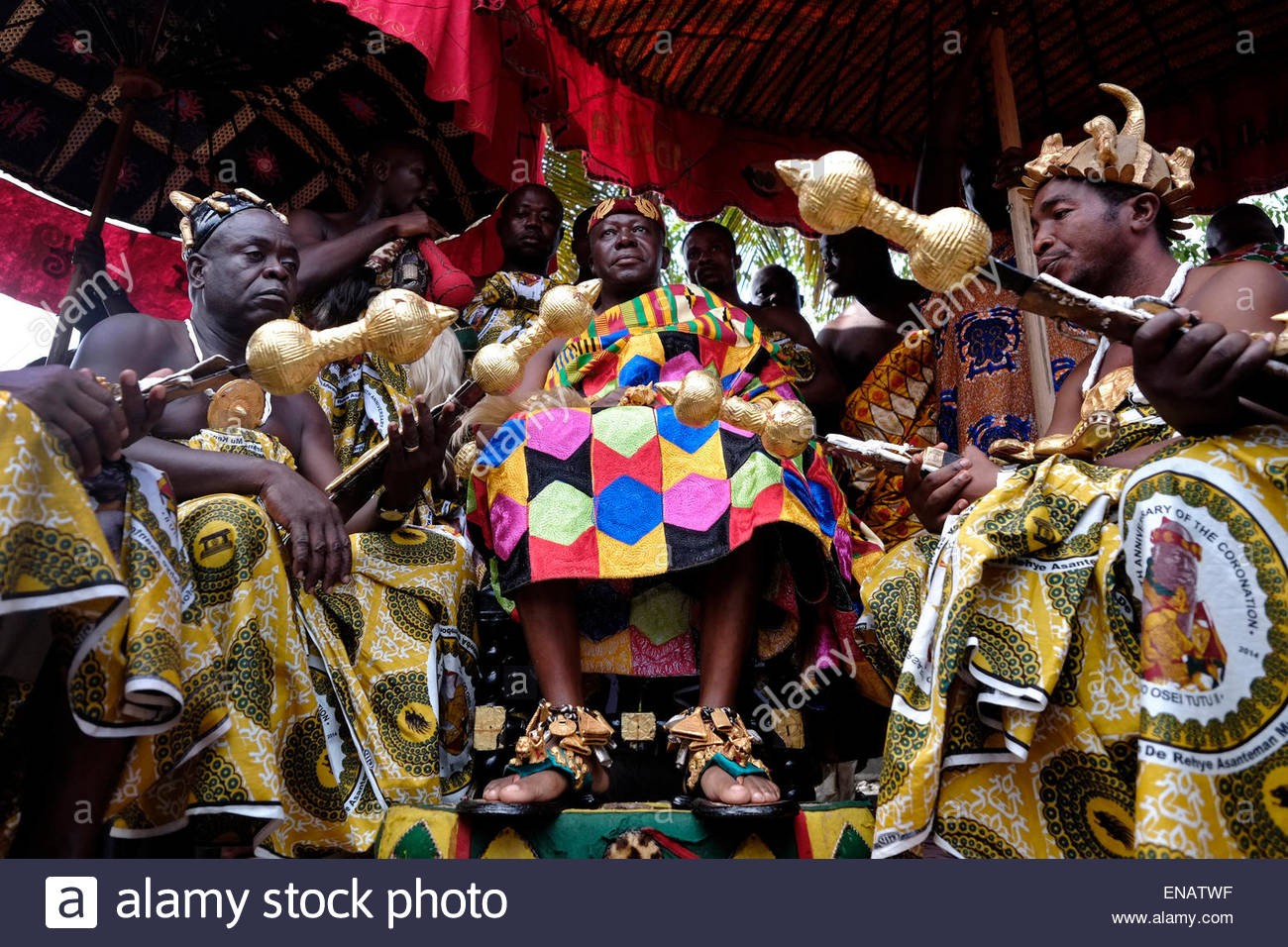 Image of an Ashanti home in Kumasi, before British colonization