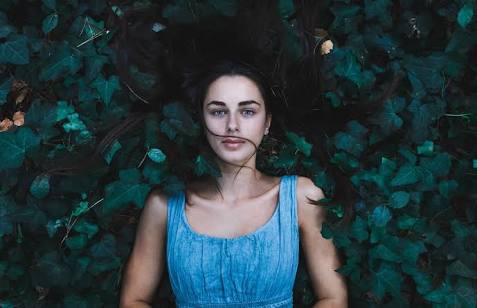 Downtown traffic had been worse than usual, so I was later than I liked to be when I pulled my car into the Parking Spot. I knew Adley would be mad at me for being late but I had the traffic to blame it on, besides the fact that I took two hours to get my makeup done.

My dad got me a Chevrolet Camaro ZL1 after high school, and Adley had just his bike he rides to the basketball court on weekends for practice. I pick him up most of the time he's out and today was one of those days. I love driving, so it wasn't a problem..

I checked my bag for my little Barbie designed mirror; ooh I love barbies, and pink has always been my favorite color.

I did a little touch up on my face, making sure my mascara hasn't been ruined, from my countless yawns... Aww, I was good and pretty as hell.

I shut the car door, licked my lips and swung my hips while I took a walk around the park, waiting for Adley. The spaces were almost filled up and there was no valet.

Adley showed up with some guy as soon I dialed his number and for one reason, I was grateful to have taken my time with my makeup and looked so good.

"Benton, meet my younger sister Amelia"
"Amelia, this is Benton, my new friend in College". My brother is fond of making new friends every week but maybe there was nothing wrong with it and his old friends probably didn't care. I would feel betrayed if my friend starts making new friends.

I was happy I had on me, one of my best outfits and I didn't feel bad no more for keeping my brother waiting. I wore a tight fitting black mini dress, that defined my hips and red ankle strap heels, with my hair packed in a bun. Carefully, I shook my hair so it can let loose and roll down but it wasn't working for me; it seemed not to agree with my about-to-flirt body language.

His teeth sparkled, drawing my attention to his face. His eyebrows were neatly shaped, he had hazel eyes and full lips which weren't my favorite but he was so cute that it didn't matter.

"What is wrong with you, are you already planning a relationship with him in your head? " My inner self scolded me.

"Hell yeah, I bet we gonna beat your ass this evening" replied Benton

"We will see about that. I will call you when home man, you be safe"

"Take care beautiful" he waved at me as he walked towards a Porsche, parked a few kilometers away from my car. I had seen and admired the car, when I was taking a walk around, but I never assumed someone his age, would have it. "It would definitely be some billionaire's", I had thought.

"Why would I go out with him?" I crossed my fingers in a warding-off-evil-spirit sign.

From the wing mirror, I saw a man and a woman arguing about wrong parking as my brother continued our conservation. I was trying to distract myself before he would hit my insecurities, which always hurt.

"That's the kind of stuff you like Amelia "
"An older single guy, driving a Porsche? "
"For God's sake, Benton has rich parents. Quit being paranoid, by the way I caught you off guard trying to flirt with him".
"That's preposterous Adley, how could you say that? You saw nothing", I was ashamed.

"Ok". He was blunt. Adley only replies ok to a conversation or an argument just to end it when he knows the other person is lying.

"Are you mad at me about something? Ever since dad got me this car, you have been dramatic".

He gave me that "are you stupid" look, like he was wondering if I'm really his sister.

"No! You are the dramatic one. You attach so much meaning to unnecessary things, you think so much till you find reasons that ain't even there. I might not be happy dad didn't get me nothing, but com'on , I'm not complaining. He has his reasons and you are my younger sister; besides I could use your car whenever I want".

"Well, whatever". He acted uninterested as he scrolled through his phone.

"Have you heard from Charlotte or Paige?"

"Well, I don't have any business with Paige, I'm planning on texting or facetiming Charlotte tonight".

"Amelia, I don't think this is the right time to say that about Paige. Are you both friends on Facebook?"

"Nah I blocked her"

"I wouldn't do that", I replied, taking his phone. I realized my brother and Paige had been friends on Facebook... "What a snitch!", I hated her even more.

As I scrolled through her wall, I saw Rest In Peace messages and how much of a wonderful person she was when she was alive messages too

The car suddenly jerked to a halt, like a boat that pitched a wave. I was breathing hard, my heartbeat was racing. My vision was fuzzy and I couldn't remember if Adley had his seat-belt on.