Perpetuating the memories of nations

A brief introduction to the Aceh network in the past,
and its relation to Aceh's historical heritage

A part of the world story

This is a part of the world story, which has been forgotten. The great political events, and the rapidly changing faces of the world in the twentieth century, have swept away many of the world's past stories into the oceans of forgetfulness. Not infrequently, the forgetfulness is also accompanied by the denial of facts prevailing in the past, as if the facts had never occurred. 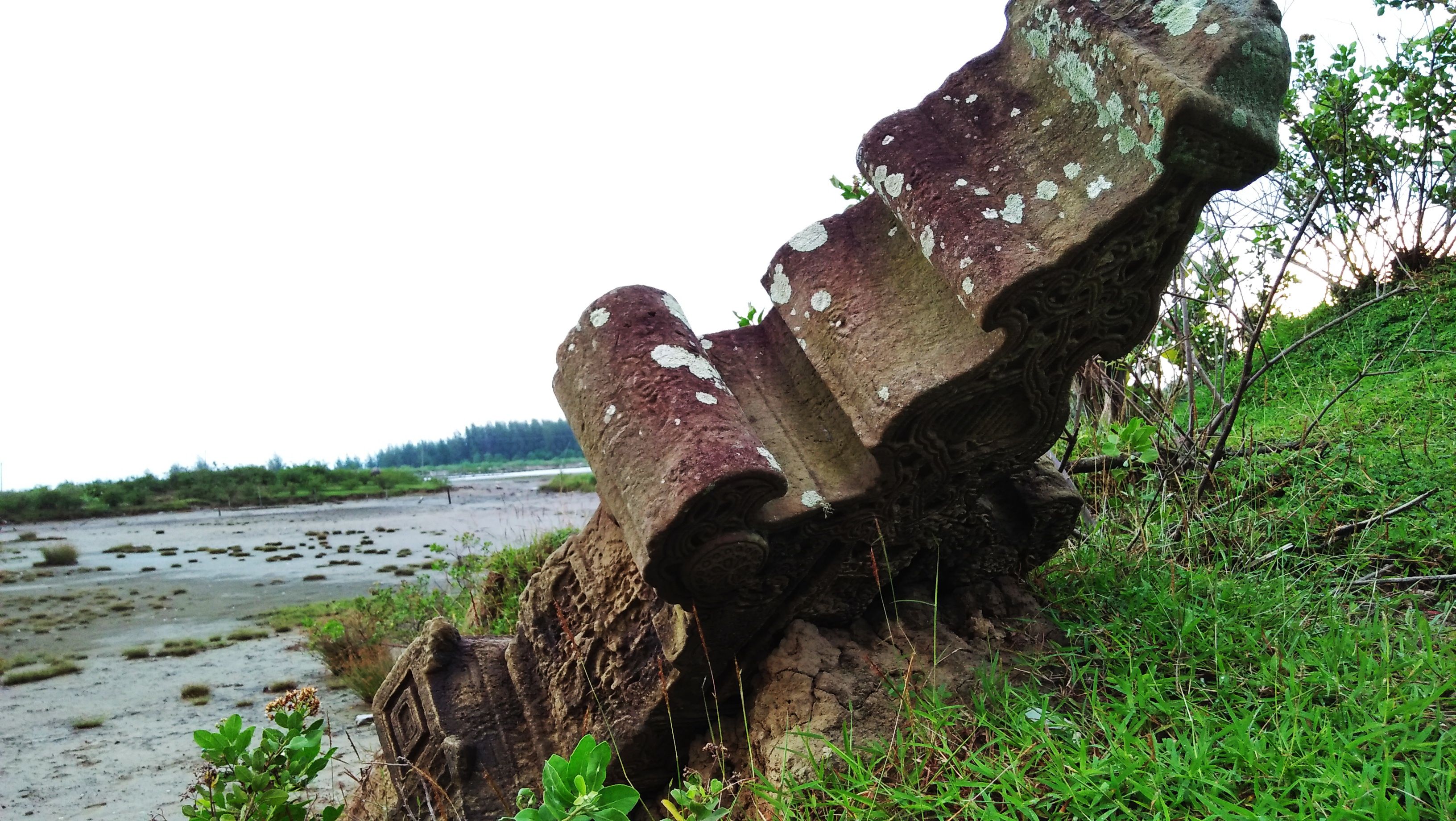 A historical heritage area in northwest Aceh known as Indrapurva historical site. The distribution of graves, tombstones, ancient structures and ancient pottery fragments proves that the area is a dense settlement in the past, and is closely related to maritime activities in the tip of Sumatra.

If we talk about that now, that is because Aceh has a rich historical heritage, which has reminded us of the Aceh network in the past. From there we have set out to explore the various literature ever written about Aceh, and we have found reports that convince us that the network is true. 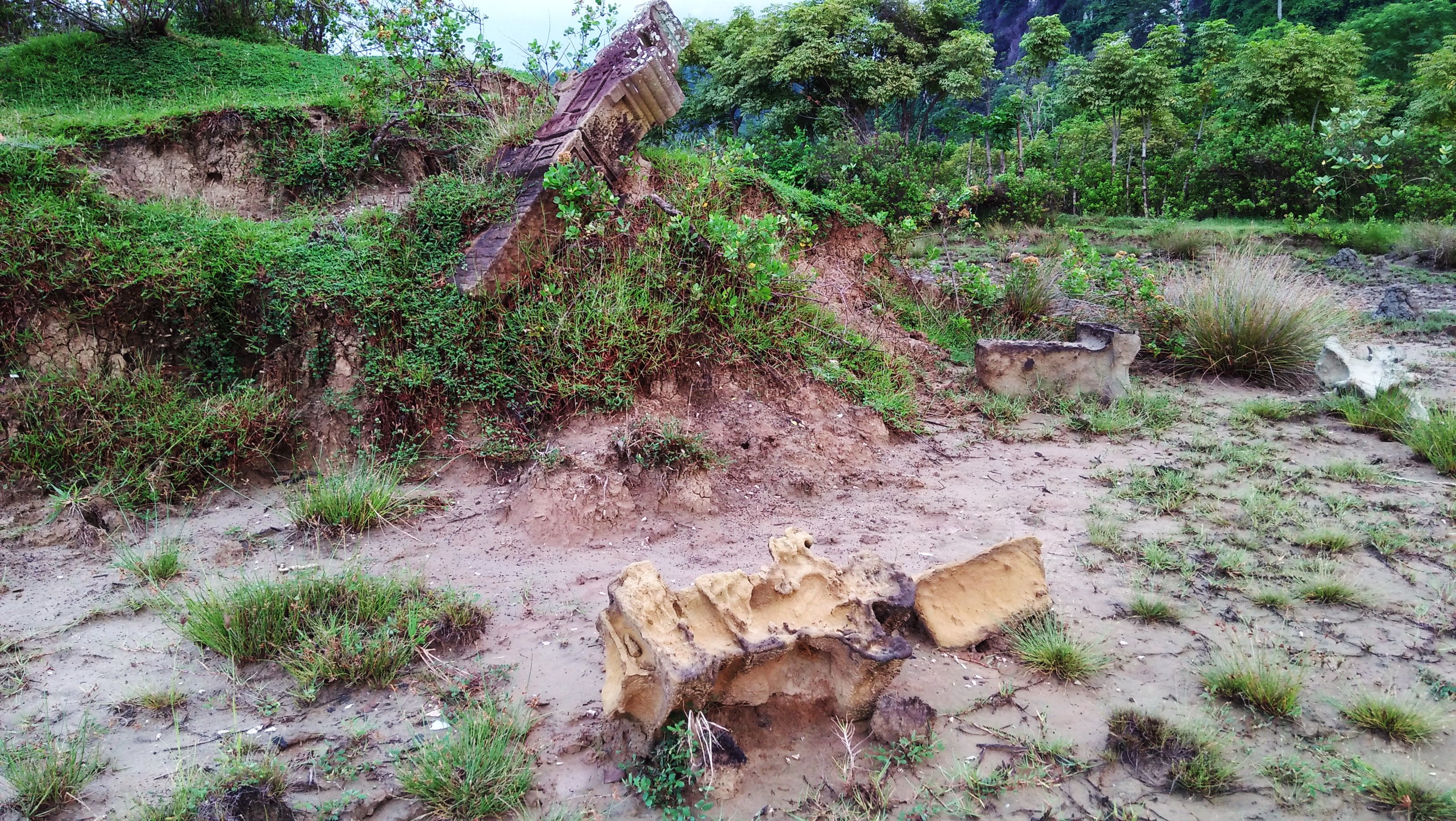 Many historical tombstones in the area have been damaged (erosion) caused by sea tides.

So, this is not only important for Aceh, but also for various nations. We turn out to have a memory that we inherited together from the past. It certainly belongs not only to the people of Aceh, but also to many people in the world.

Bruce B. Lawrence and Miriam Cooke at the beginning of their talks on the Muslim Network in the Encyclopedia of Islam, they immediately chose the topic: "The Case of Acheh", and wrote:

Acheh, a port city situated at the northern tip of Sumatra astride the Strait of Malacca, exemplifies the ways in which major nodes in the various networks of the early Muslim empires worked. (1)

Both authors also state that the sultan of Aceh was a Muslim networker par excellence. The office of sultan marks both the power and limits of Muslim networks. Its persistence from India to Indonesia demonstrates the cultural diffusion of a major Islamic political institution. (2)

In fact, Aceh not only exemplifies how the network of the Islamic world works, but is caused by commerce, Aceh is also one of the main nodes of various trade networks in the world. It can be imagined from a description in The Encyclopaedia Britannica where it is stated:

The chief attraction of Achin (Acheh) to traders in the 17th century must have been gold. No place in the East, unless Japan, was abundantly supplied with gold. The great repute of Achin as a place of trade is shown by the fact that to this port the first Dutch (1599) and first English (1602) commercial ventures to the Indies were directed. Sir James Lancaster, the English commodore, carried letters from Queen Elizabeth to the king of Achin, and as well received by the prince then reigning, Alaudin Shah. Another exchange of letters took place between King James I and Iskandar Muda in 1613. (3)

William Dampier (c. 1688) and others speak of the number of foreign merchants settled there - English, Dutch, Danes, Portuguese, Chinese, &c. Dampier says the anchorage was rarely without ten or fifteen sail of different nations, briging vast quantities of rice, as well as silks, chintzes, muslins and opium. Besides the Chinese merchants settled at Achin, others used to come annually with junks, ten or twelve in number, which arrived in June. A regular fair was then established, which lasted two months, and was known as the China camp, a great resort of foreigners. (4)

The Universal Geography by Elisee Reclus mentions that at the time of its greatest prosperity, in the first decades of the seventeenth century, the Atjeh empire embraced about half of the island, and held several secondary states in vassalage. From Egypt to Japan ruling princes sought its alliance; its army comisrised hundreds of fighting elephants and disposed of two thousand guns. (5)

Here also need to be cited The The Encyclopaedia Britannica's information about the people of Aceh, which mentions that the chief characteristic is their love of fighting ; every man is a soldier and every village has its army. They are industrious and skilful agriculturists, metal-wokers and weavers. They build excellent ships. Their social organization is communal. (6)

The Encyclopedia's statement about the character of the Acehnese who likes fights certainly creates a negative impression and must be straightened out because in essence the Acehnese are also people who love peace and like to establish relationships with anyone on the principle of mutual works that are built on justice and mutual respect.

On the basis of that principle also, Aceh is inhabited by a cosmopolitan society and able to establish relationships with various countries and cultures in the world. Its various historical heritage, later on, will show how the Aceh culture is a collection of elements from different world cultures that have been packed in one complete form.

India and China are two large cultural regions, which have long-standing influence on the northern tip of Sumatra. It is something that is difficult to deny due to Aceh geographically located between the two cultural regions. The early migrations from these two great lands have certainly planted various elements of their culture. One of the works that showcased the ability of Acehnese artists in the past.

Nevertheless, these two cultural influences did not lift Aceh into the main stage of world history. The northern tip of Sumatra or Aceh just became one of the main stages of world historical events after Islam came and enlightened the lives of its people. Since that time, its history really begins, and around the beginning of the 13th century have begun to have a wide influence in Southeast Asia.

From that time on, Aceh interacted with various nations and cultures, taking and giving in various aspects of life. From that time onwards, Aceh builds its culture that unites the inner and outer elements in an alignment, which in turn is known as the Aceh Culture, in which its roots absorb into various cultural sources. 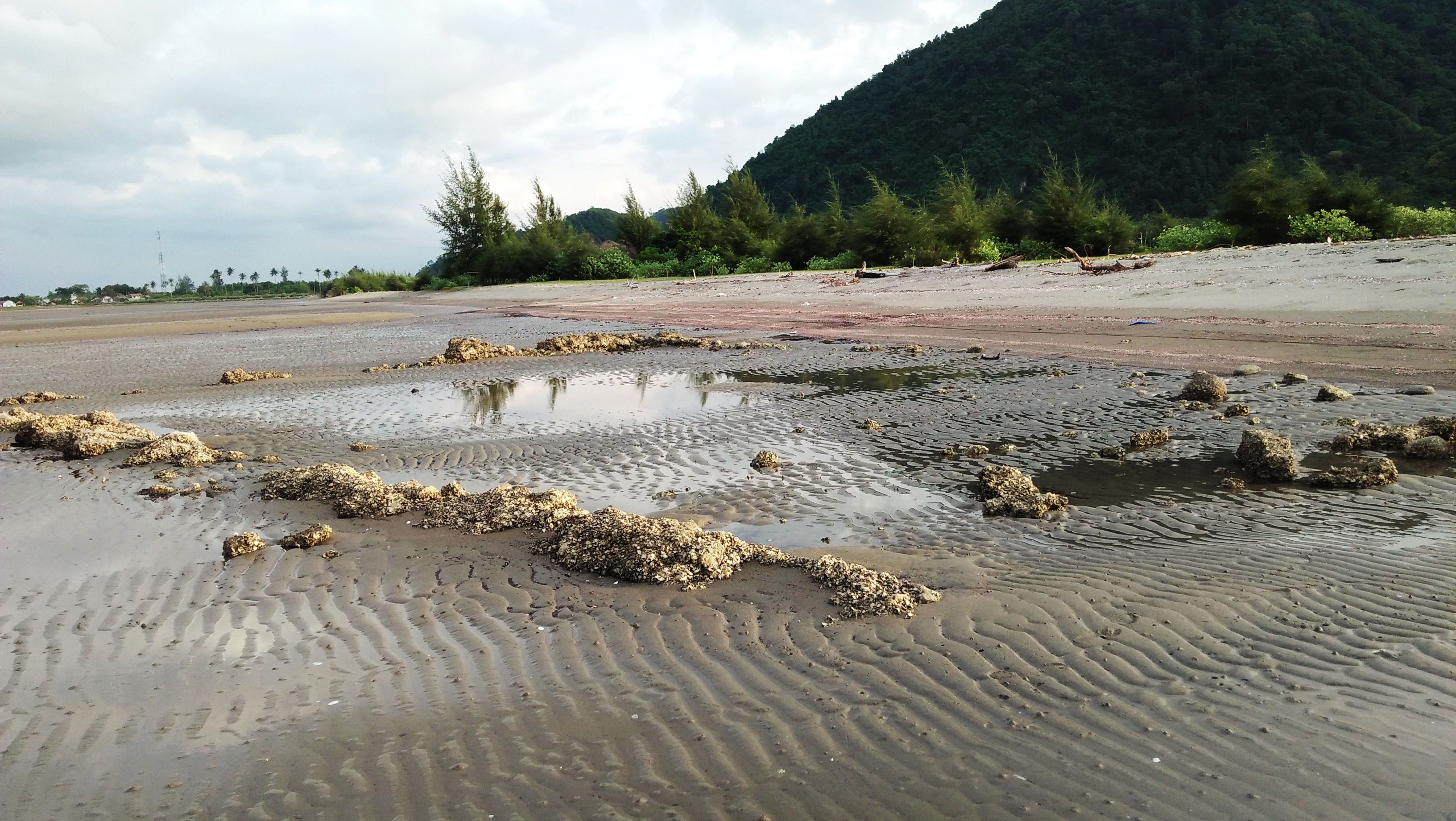 The Aceh culture that was formed in the past, which was built as a result of the intelligence and wisdom taught by Islam in interacting with various nations and cultures, left its traces in the form of Aceh's historical heritage. Finding historical heritage, exploring the ideas contained therein, later discovered the country's origin of such objects and ideas as well. 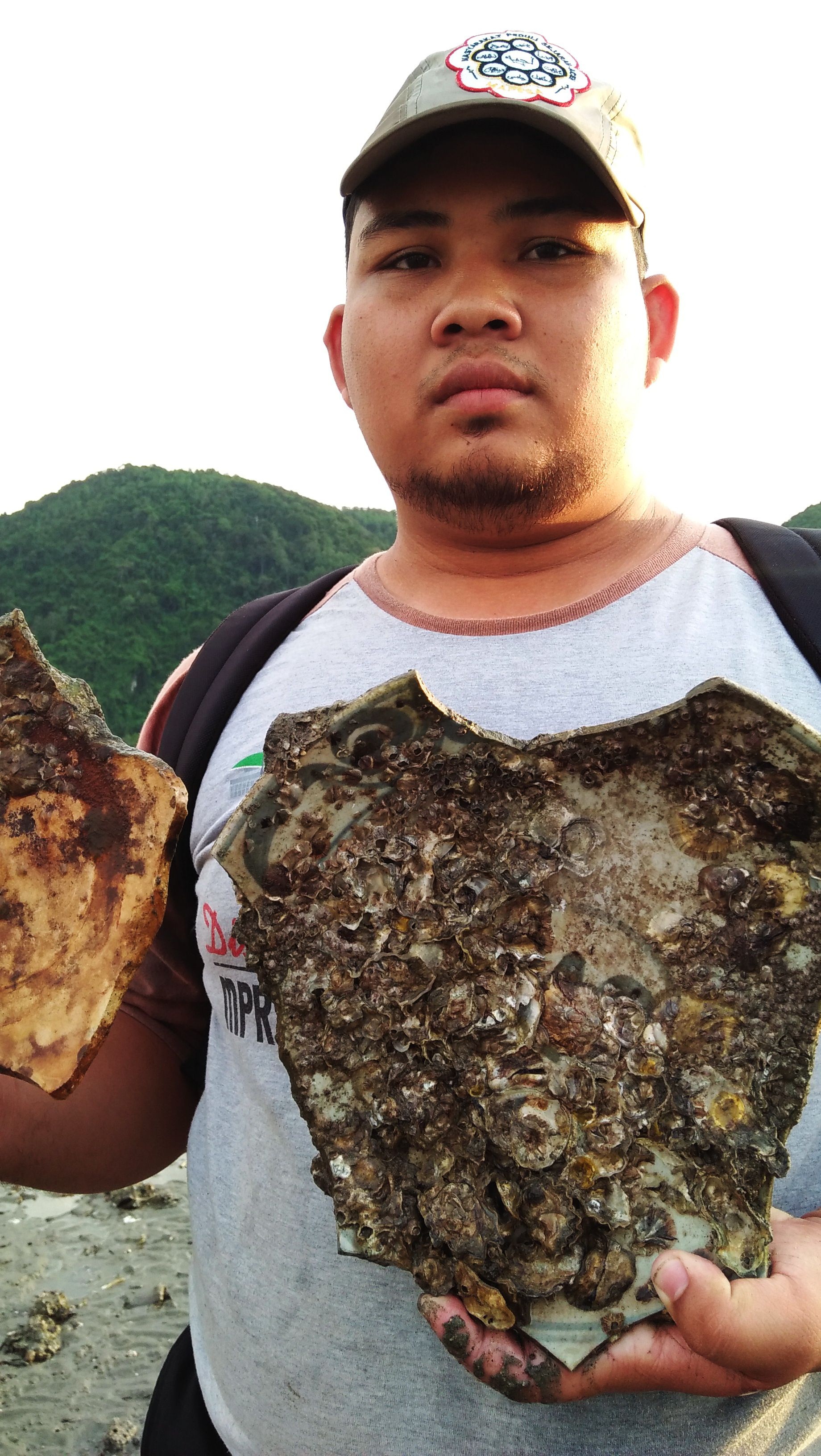 Among the ancient pottery fragments found in wide spreads in the site area.

Aceh's historical heritage, in essence, demonstrates the cultures absorbed into Acehnese culture. Unfortunately, because of its historical narrative, which has been almost filled with stories of political and trade clashes, so that the ancient realms of Aceh culture that essentially display the wisdom of a cosmopolitan society, in the end, become less noticeable, even drowned.

So, in fact, exploring Aceh's historical heritage, exploring the information and ideas it holds, and preserving it, are the activities that are genuinely to safeguard and perpetuate the collective memories of nations that once met, talked to each other, gave each other and received, in the northernmost part of Sumatra, at Bandar Aceh Darussalam.

Thus, these activities also need strong financial support, as well as other forms of support.

This post has received gratitude of 5.43 % from @appreciator thanks to: @steemcultures.

Thanks a lot, @appreciator, and thanks also to @steemcultures.

Really amazing and well written, Thanks for sharing this informative historical heritage post

Thank you, @oliviajasmine for your kind support.

i love't Thanks for sharing this information

Wow..
We must save heritage 👏👏

So sad. What the government doing?

We do our best, even without them.

Hi Mapesa, thank you for sharing the history of Aceh. I was just there this september and met the most wonderful people, it is a beautiful place. Tbh I was sad to see some of the land clearing, i totally understand that people need money and agriculture is a big driver, but I and many other people do not want to see the beautiful diverse nature disappear from your country. I hope something can be done to protect it and more money can be made from eco tourism than agriculture that threatens the forests there!

If you or and anyone else is interested in transformation and protecting planet earth,
please join the FOOD REVOLUTION!
check my intro out....
http://steem.link/bLD24
And article, Mc D’s vegan burgers
http://steem.link/7sUm7
hope you like :) ✌ 🐮

Helloo @mapesa
Me, @menulissejarah (writing history)
I see articles and photos on your post, have a historical, education, and cultural value of an area. This post is certainly very interesting to add insight in the field of history.
If you do not mind, I will resteem this post in my account. Thanks.
Date: January, 27, 2018

wonderful story. i think this story must be continous writing mr @mapesa

Very interesant, thanks for sharing your knowled.