The legend of Danau Toba Medan,Indonesia 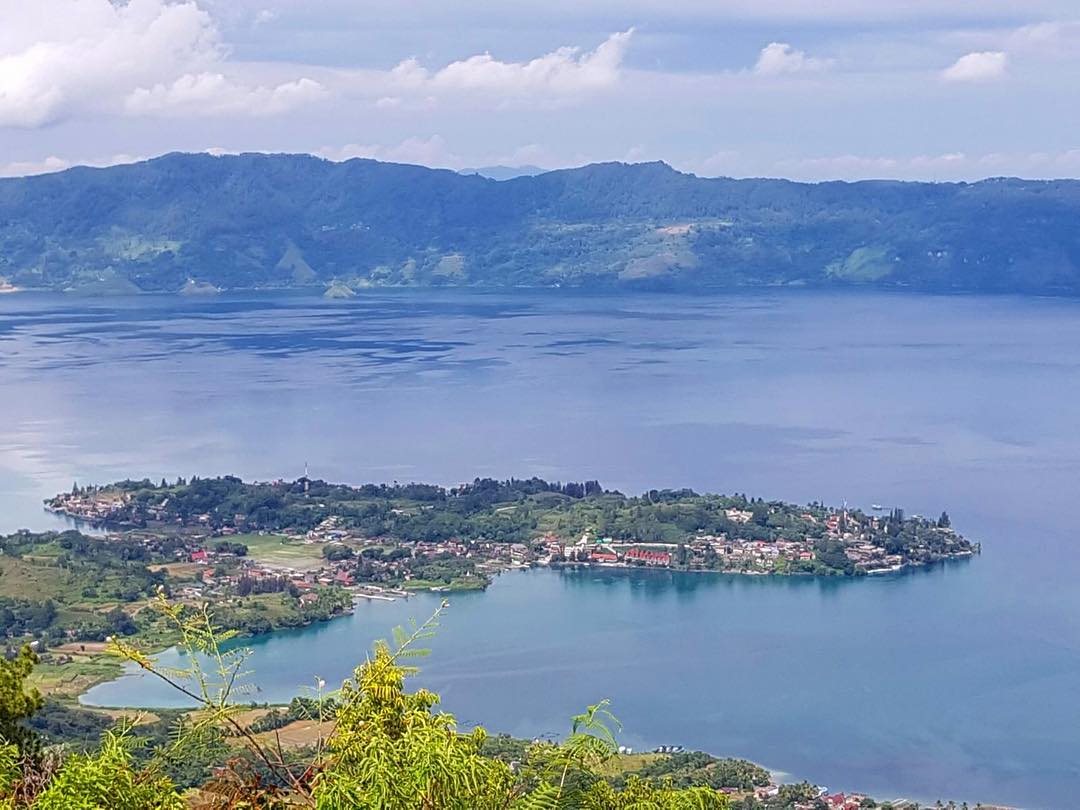 Once upon a time there was a prosperous village in a far away island called Sumatra. In northern part of the island, lived a farmer whose name was Toba. He lived alone in a hut by a small forest. He worked on his farmland to grow rice and vegetables that he sells to local market. Once day he wanted to catch some fish so he went to a river and fished there. He was very surprised when he got a big fish. The fish was as big as human being. Soon he went home and put the fish in his kitchen. He planned to cook the fish for his dinner that night. When he got to his house that afternoon he took a bath. Then as he walked into his bedroom after taking a bath Toba was very shocked. Do you want to know what happened?

There stood in his living room a very beautiful girl. The girl greeted him nicely. For a moment Toba was speechless. When he could control his emotion he asked her.

‘Who are you? What’s your name? Why suddenly you are here in my house?’

‘Pardon me if I surprised you Mr. Toba, but you took me here. I was the fish that you caught in the river. Now that I become a human being again, I would like to thank you and I will be your servant to express my thankfulness’

‘Were you the fish?’

‘Yes, I was the fish. Look at your kitchen’.

Toba immediately rushed to his kitchen and the fish was nowhere to be seen. He saw some gold coins instead.

‘Whose coins are these? Why there are some coins here?’

‘Ok you can live here and work for me. Your room is over there’

‘Thank you very much Mr. Toba’

Since that day the beautiful girl lived in Toba’s house. Since she was very beautiful Toba fell in love with her and not long after that they got married. The girl married to Toba on one condition that he would never tell anybody about her past. Toba agreed to the condition. Several months later Toba’s wife delivered to a baby boy. Their son was healthy. Soon he grew up into a handsome boy. Toba named him Samosir. Unfortunately Samosir was a lazy boy. He did not want to work at all. When his father worked hard in his rice field and farm, Samosir just slept. When he was awake he talked a lot and he ate a lot. Toba was very disappointed with his son’s nature. He hoped that one day Samosir would change into a diligent boy. Day in and day out but Samosir never changed.

Toba used to go to his farm and rice field early in the morning. Then at midday his wife would bring him food. They used to eat lunch at their farm. As he was a teenager Toba and his wife tried to change his behavior. They ordered Samosir to bring food for his father for lunch while her mother stayed at home to do household chores. But Samosir never did his duty well. He always woke up very late. He woke up after midday. Then one day his mother forced him to bring the food.

‘Sam, wake up. Go to the farm and bring the food for your father. He must be very tired and hungry now’.

But Mom, I am tired and hungry too’

‘What makes you tired? You just wake up. Go now. You father needs the food’

Toba reluctantly went to the farm. But he did not go to the farm immediately. He stopped somewhere in the street and ate the food. It was already late afternoon when he got to the farm. His father was disappointed. Then he was angry as he realized that his son had eaten his food. He said sarcastically.

Samosir was hurt. He went home right away and as he got home he told his mother about his father’s words. Samosir’s mother was shocked. She was also deeply hurt.

‘O Toba. You break your promise so I cannot live with you here anymore. Now you have to accept to consequence of what you did. Samosir, now go to the hill, find the tallest tree and climb it’

‘Why mom? What will happen?’

‘Just do it, never ask any question. Good bye’

As soon as she finished saying that suddenly the weather changed. Sunny day suddenly turned into cloudy day. Not long after that the rain poured heavily. The rain last for several days. Consequently the area was flooded. The whole area became a big lake. Then it was called Lake Toba and in the middle of the lake there is an island called Samosir Island. Meanwhile Toba’s wife disappeared.

Nice post, that must have been quite a lot of work! We're just missing Steemify in the list ;)