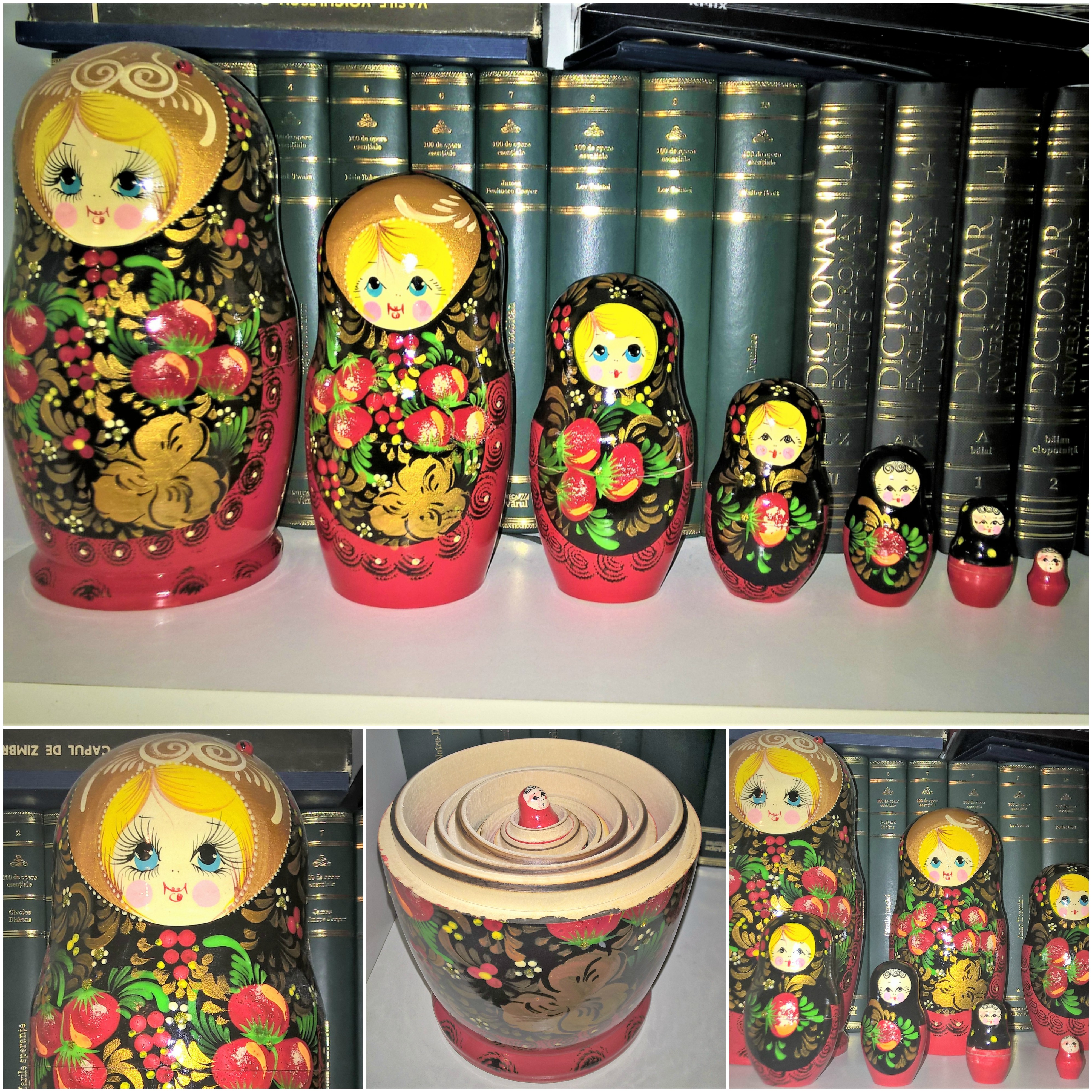 The Matryoshka doll is also known as the Russian nesting doll, stacking doll or simply Russian doll. The name Matryoshka means little matron and is the Russian diminutive for female first name, and it is also used to name the female peasants. In Russian culture, these dolls are a symbol of motherhood and family, but due to the different themes designed on the dolls, the symbols may differ.

Structure of the Matryoshka dolls
The Matryoshka doll is built from wood and consists of several nested dolls. Usually there are 7 dolls in the structure, but the first doll was composed of 8. The outermost doll represents a woman dressed in a sarafan, the following figures can be either male or female dolls, while the smallest doll represents a baby and is made out a single piece of wood. To reach the inner dolls, each doll can be split in half. A doll set must be made of a single piece of wood. Because of the different properties of the wood, due to contraction and moist, it may be possible that the pieces do not fit together.
The design of the dolls is inspired by a theme such as fairy tales, peasants, flowers or public figures.
The figure of the dolls is egg-shaped, elongated, representing a symbol of fertility. 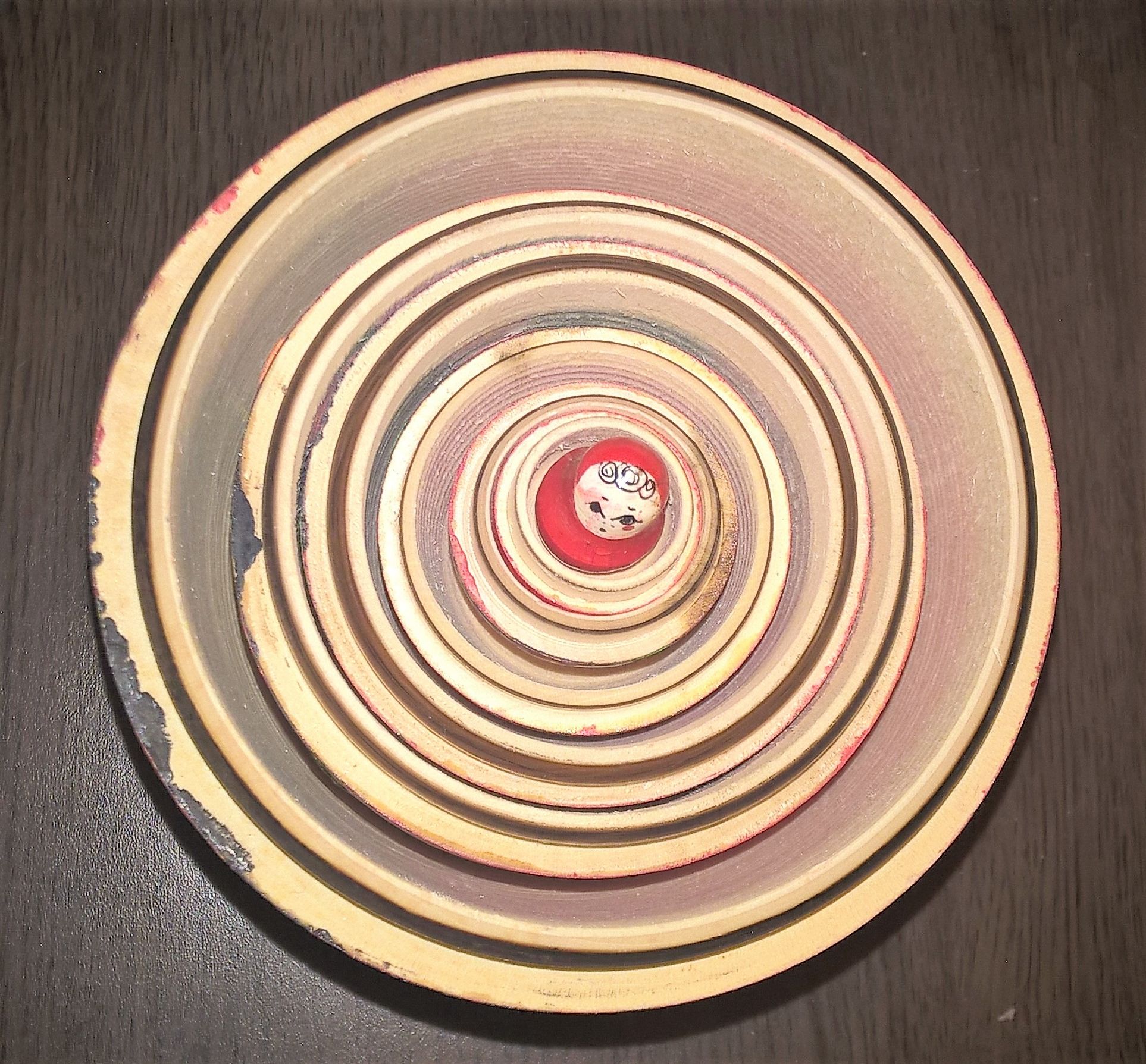 Symbolism
The Matryoshka doll can be interpreted as the onion metaphor. The onion metaphor is used to describe a sequence of layers that are removed to reveal something important. It can also be used to represent the personality, where the outer layer displays the public self while the inner layers express the private self.
In mathematics, the Matryoshka can be viewed as an analogy to recursion. The components of the recursive function in this analogy will be represented by the small doll, which is the base case while the calling of the function itself will be represented by opening each doll.
The object-within-similar-object principle can be represented using the Matryoshka dolls. It appears in the design of several natural and crafted objects.
The Russian dolls may be used in a business setting, as well. The outermost doll is the business strategy, the aspirations of the organization and employees, which will be unpacked into messages that will reach the employees.