It was a robbery case on the eve of 5th January, 1752 along Lokoja-Abuja road by a notorious gang. It was that same night that Paul, a brother to Revd. Fr. Silas was also on transit from lokoja to Abuja.

Paul was pressed so he stopped by the road side to ease himself, ignorant of the on-going robbery.

The case is now in court and all plea for bail by Paul's lawyer was rejected. All indications pointed that Paul was guilty because he was found around the vicinity of the robbery. Paul would be sentenced to death by firing squad in few days.

Out of depression, the leader of the gang goes to the church and confessed all his sins including the robbery incident to Fr. Silas, Paul's brother. Fr. Silas was shocked to hear this and confused on what to do.

Would Fr. Silas watch his brother die innocently or report the case to the police? 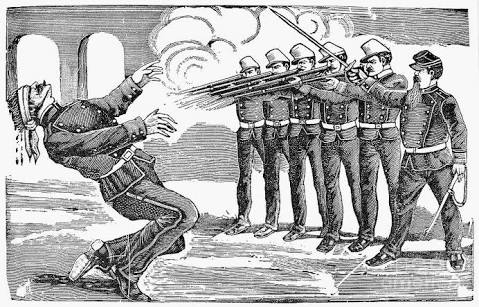 Source
On the day of the execution, Fr. Silas anointed his brother, prayed for him and watched him died for a crime he did not commit.