A transformer is a static device which helps in electric power transformation from one circuit to another without modifying its frequency. The voltage can be increased or decreased in the circuit which also results to proportional increase or decrease in the current rating. Here, we will be discussing transformer basics and working principle. The main principle of transformer operation is common inductance between two circuits joined together by common magnetic flux. A transformer consists basically of two coils that are electrical and inductive, but are magnetically linked through a path of reluctance .This principle is based on faraday's law of electromagnetic induction which states that the EMF( electromotive force) of a coil is directly proportional to the rate of change of magnetic flux with respect to time.

These two coils are wrapped together around a core (a common closed magnet iron circuit) but are not electrically in contact with each other. The soft iron core isn’t solid but composed of individual laminations connected together to assist decrease core’s losses. 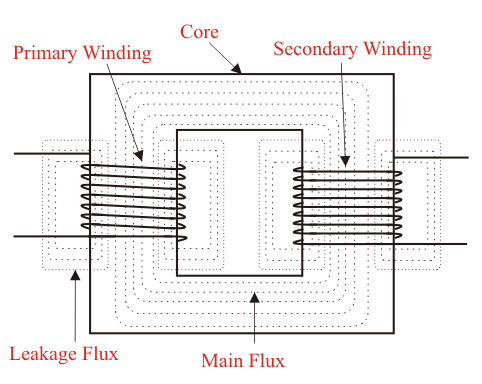