The process of measuring the amount of light absorbed by a chemical substance when the intensity of light is been measured as the beam of light passes through the sample solution is referred to as spectrophotometry. Over a particular range of wavelength, compound do absorb or transmit light, this is the basic principle of spectrophotometry.

The measurement of this wavelength is very useful in measuring the amount of a known chemical substance. In quantitative analysis, spectrophotometry is always used. Spectrophotometry application is found in the field such as chemistry, biochemistry, physics, chemical and material engineering, and clinical applications.

IR spectrophotometer: it makes use of light over infrared range which is between 700-1500nm of electromagnetic radiation spectrum.

In visible spectrophotometry, observed color is the means through which the determination of absorption or transmission of certain substance is done. For example, If sample solution transmit all visible wavelength i.e., it absorbs nothing, the sample solution appears white in theory, while if a solution sample absorbs light over all visible range, it appears black in theory.

Spectrophotometer is made up of the following structure, which includes; a light source, a monochromator, a collimator, a wavelength sector, a cuvette for solution sample, a photoelectric detector and a digital display (meter). 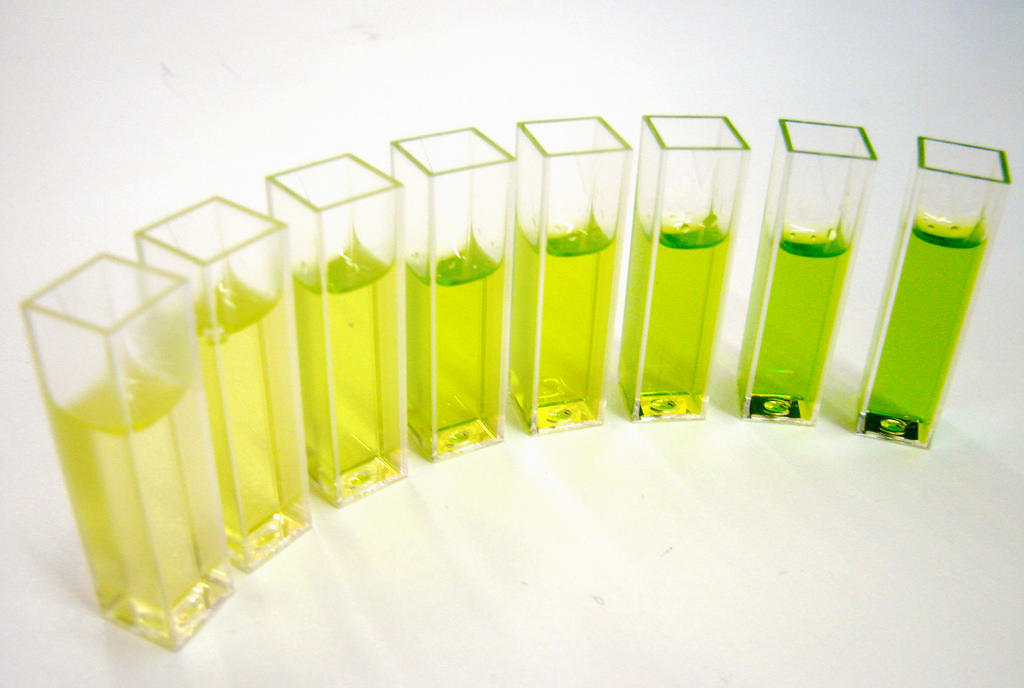 Amount of photons absorbed is referred to as absorbance. Concentration of a sample can be calculated with known amount of absorbance by using Beer-Lambert law.