As a result of increased economic development and population growth, the energy demand of the world keeps on increasing. Many of this energy demand are gotten from resources like coal, natural gas and petroleum. But the reserves of petroleum are located mainly in some certain region of the world and due to its day-in day-out depletion, these reserves might soon be exhausted.

As a result of this, the price of crude oil has increased beyond measure. Another issue of concern about the usage of crude oil is that it causes environmental pollution and produces pollutant such as carbon dioxide, sulfur dioxide and other particulate matters.

Due to this fact, as a result of low environmental and renewable impact of biodiesel, it has become increasingly popular. Biodiesel is referred to as fatty acid methyl ester and potential alternative fuel for diesel engine. Through transesterification of triglycerides which can be found in biological resources such as animal fats, vegetable oil or used cooking oil, biodiesel is produced.

As a result of competition between biodiesel feedstock and food products, the use of non-edible plant oil sources for biodiesel production is particularly recommended. However, biodiesel is more expensive than fuel derived from petroleum because of high consumption of alkali catalysts, soaps formation and low yield

The use of non-edible vegetable oil feedstocks from the seeds of plant such as Madhuca indica, Sapindus mukorossi, Pongamia pinnata and Jatropha curcas has been investigated by many researchers. An alternative to the use of food oil for biodiesel feedstock is the use of non-edible plant oil sources. Hence,another valuable source for biodiesel production is the non-edible oil from Thevetia peruviana. In this write up, I will be writing on the production of biodiesel from the oil in the seed of Thevetia peruviana (yellow Oleander). 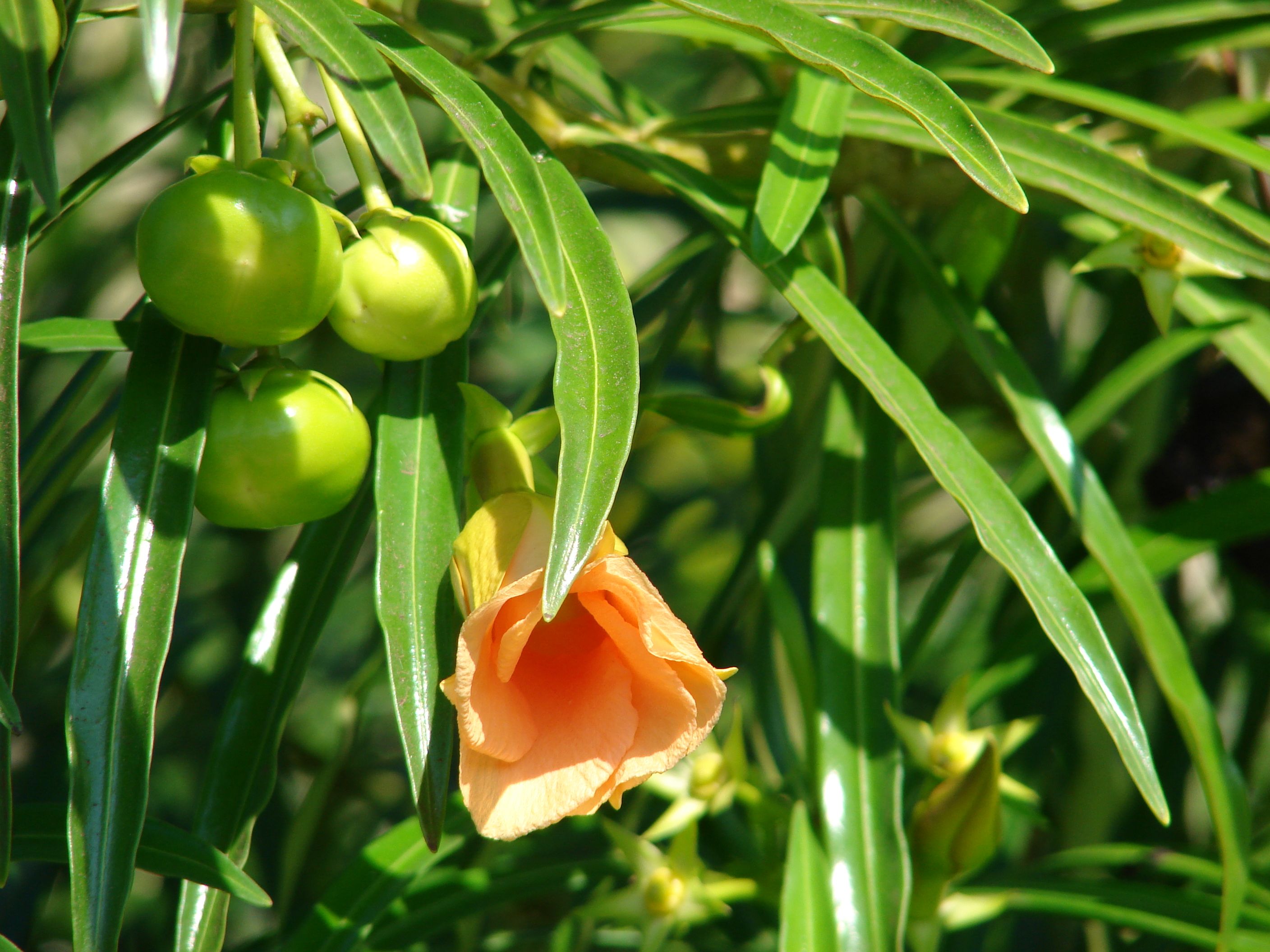 In this process, methanol, propanol, ethanol, butanol and amyl alcohol are the alcohol that could be used for this process. But mostly, methanol and ethanol are used. Due to physical and chemical advantages and low cost of methanol, it is especially used.

Engine performance is being improved by making the characteristics biodiesel close to diesel fuel through transesterification process which is used to reduce the triglycerides high viscosity.

Yellow oleander (Thevetia Peruviana Schum) is an ornamental plant that is evergreen and grows with the height of 2-6m. This plant belongs to the family of Apocynaceae and it’s very common in American, Asian and African continent. After one and half year of plantation, the plant start flowering and after which it blooms three times in a year.

The color of the fruits is usually green and on ripening it becomes black. The plant usually has milky juice on all organs and the fruits usually have up to four seeds in its kernel. About 22-23% kernel in contained in the matured fruits and the seeds have 60-65% oil content. Few researchers had carried out biodiesel production from the oil of yellow oleander using methanol and ethanol as alcohol. Many of these researchers had made use of homogeneous catalyst such as sodium peroxide and potassium peroxide. This write up will focus on the production of biodiesel from yellow oleander (Thevetia peruviana) oil using heterogeneous catalyst gotten from snail shell.

Materials for the experiment
The yellow oleander fruit is the main material needed for the biodiesel production in this write up. The heterogeneous catalyst to be used in the transesterification reaction of biodiesel production from yellow oleander oil is calcined snail shell. Heterogeneous catalyst obtained from the snail shell of giant African snail is suitable for seed oil catalysis because it was reported to contain calcium – based oxide (CaO).

For the transesterification process, methanol is the alcohol to be used. Methanol is volatile, very light, flammable liquid with special odor close to that of ethanol, it is colorless and the simplest alcohol.

Procedures
Extraction of oil from yellow oleander seeds will be done mechanically. The oil will be extracted by mechanical screw press. Mortar and pestle will be used to crush yellow oleander seeds. The paste gotten from the crush will be preheated to 400C inside an electric oven. For another 25minutes, the crushed paste would be left heated in the oven until oil start pressing out of it. The warm material will be taken in three handfuls, covered in muslin cloth. 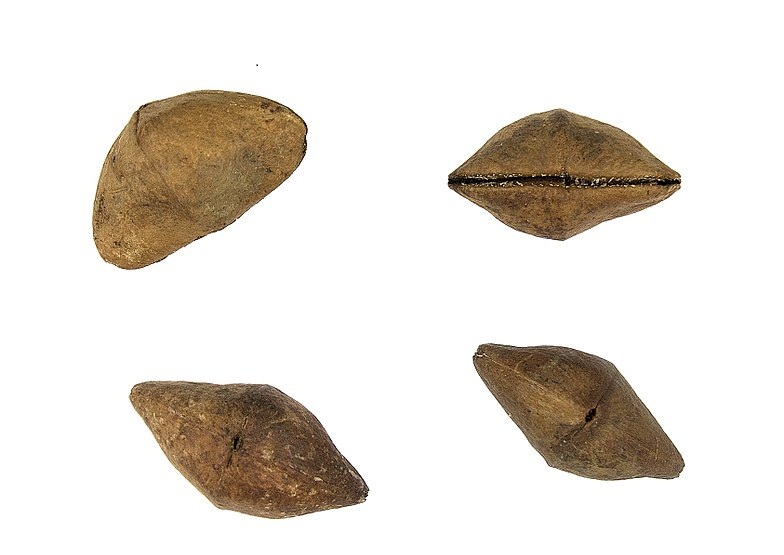 The heated material will then be placed between pressing plate of the mechanical screw press in order to extract the oil. In order to remove dissolved debris from the oil collected, it will be filtered. Water present in the collected oil will then be removed by preheating the oil on the electric plate for 20minutes at 1000C. From the equation below oil yield can be calculated.

In the production of biodiesel fuel, the following four operations are performed.
(a) Transesterification
(b) Phase separation
(c) Washing
(d) Drying

By E8 (E8) - self-made using ChemSketch10, CC BY 3.0, https://commons.wikimedia.org/w/index.php?curid=3191466
The production process of biodiesel will be carried out using Birla et al transesterification mechanism. Dissolve in methanol a measured quantity of CSS and heat the mixture on a hot plate until it starts to boil. The boiled mixture will then be placed in cylinder reactor and stirred for 20minutes. 50ml of yellow oleander oil will be measured and heat to a desired temperature in a beaker. The warmed oil will then be transferred to the stirred alcohol/CSS mixture and stirred for duration of time until a homogeneous mixture is formed.

Distilled water measured to about 10% of the oil will be added for a specific time and the mixture will be stirred continuously for more than 20minutes to achieve easy settling and phase separation of the reaction products. The mixture will now be placed in a separating funnel and will be allowed to stay for 24 hours. After this, snail shell, unreacted oil and alcohol and biodiesel will be separated into three layers. Then the needed biodiesel will be separated out and the catalyst will be recovered

This is actually a great effort you have put into this and it is really educative. But i have question here:

Another issue of concern about the usage of crude oil is that it causes environmental pollution and produces pollutant such as carbon dioxide, sulfur dioxide and other particulate matters.

I totally agree that the burning of fossils results in the production of harmful products. But are you saying methyl ester (biodiesel) will combust without producing CO2?

Due to high cetane rating of biodiesel, it produces lower CO2 up to 60% lesser than petroleum diesel. Therefore it produces CO2 when it burns too but to lower extent compared to petrol-diesel

Interesting... Thanks for the clarification. Perhaps the word "more" could have made my question unnecessary.

This is a great effort...Quite procedural...

However, u should keep the link to the image in a hyperlink like this

. U should do that

Thanks. How will I keep d image in a hyperlink

See how it's done here

one thing i love about technology is that it is evolving with our world. everyday, we are a step closer to making things work better.
nicely written sir!