As a kid, I was fascinated by the workings of the bicycle and I didn’t waste the opportunity of learning to ride one but my father’s bicycle was a no-go area for me. One thing was very special about his bicycle, he can use it during the night with the help of a tiny cylindrical device attached below the carrier of the bicycle. I always wanted to know how that device worked and as a very curious kid-scientist, I decided to go close. 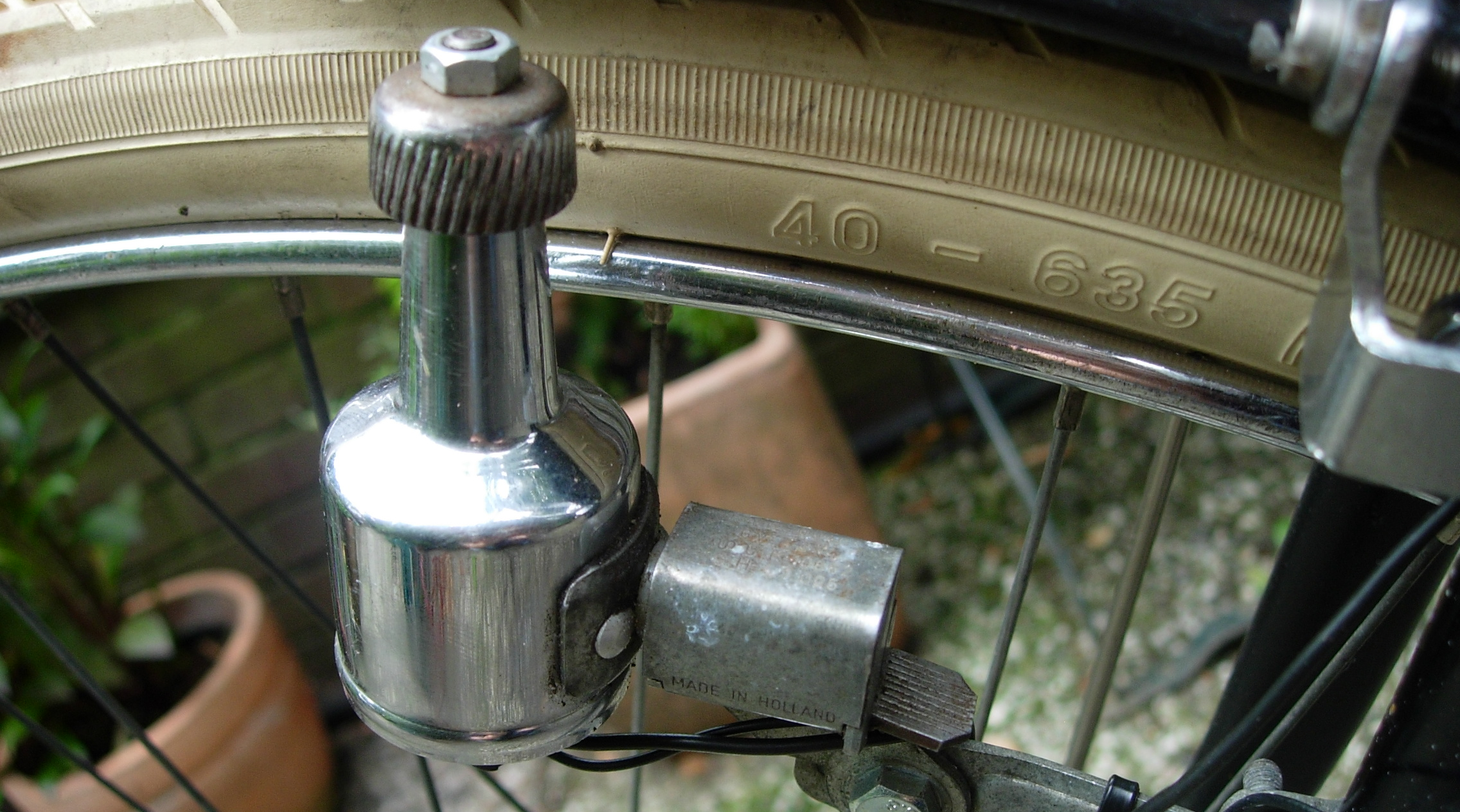 The day he stepped out, I went to his garage and the first thing I located was the switch to the bulb and when I did, I toggled it on. I rode the bicycle around the garage and I realized that the light from the bulb shined more as I rode faster. I decided to operate the dynamo at standstill by elevating the rear tire and with the help of my hand and the pedals, I rotated the tires at a very high speed and the bulb produced even more light. I continued this way till the bulb could not produce light even at any speed.I decided to do a little troubleshooting but in the process of carrying this out, I got the worst electric shock of my life. Well, I packed the bicycle just the way he left it, lol.

As I advanced academically, I decided to learn more about this little device that nearly electrocuted me to death and produced light whose intensity was proportional to its speed of rotation. I took it upon myself to learn everything I could about this cute little device and if I am to put the result of my research then in a sentence I'd say the whole setup was based on the principle of electromagnetic induction and that all electrical motors (not just my daddy's little device) were based on this principle. There was more; the first dynamo was set up by Michael Faraday and was called the Faraday disk or the homopolar generator. The Faraday disk is the simplest dynamo which according to him was based on the principle of electromagnetic induction (though I don’t think he was totally correct with this initial statement). The setup consists of an electrically conductive disk placed in between a pair of a magnet and held in place by two metallic projections wherein a handle was fastened along with the metallic disk.

When we turn this handle, an electric current is generated and runs from the circumference of the disk to the central axis. Two connections are made at this central axis and are terminated at the base where all the setup are fastened to. These terminations are labelled plus (B) and minus(B'), this indicates that the resulting current, the current induced in the metallic plate is a direct current.

For us to understand the working principle of the homophobic generator and ultimately, the dynamo, we need to understand the behavior of electricity. We are familiar with the behavior of forces occurring between electric charges and this is where one of the popular sayings emanated; unlike charges attract while like charges doesn’t and these forces act along the line which is between these charges. Magnetism behaves in this manner; force exists between charges the only addition is that these forces only exists when charges are in motion.

It was possible to separate the positive part of the electric charge (B) in the disk because positive charge existing in the two magnetic plates experiences forces that are at right angle to the direction of both the disk’s movement and the magnetic field. With this, we can say that there exist two possible directions but the more correct option is specified by the Fleming’s right-hand rule (pictured left).

The principle of the dynamo is based on the process of production of voltage or an electromotive force in an electrically conductive medium (a conductor) in a varying magnetic field. This was discovered as result of Faraday’s experiment back in early 1831. Though this was not accepted in the science community then because the principle of induction was not backed by any mathematical law. Around the same period, James Clerk, a Scottish scientist put up a mathematical law for the electromagnetic induction.

In his experiment, Faraday wound two wires in the opposite direction around an iron ring (shown above). He did this expecting to experience a sort of electrical wave traveling along this ring which would offset some electrical balance on the other side of the ring. To observe this, he connected the two ends of the wire at the opposite end to the input of a galvanometer and watched the handle of the galvanometer as he completes the battery circuit at the other end of the ring. He experienced two transient currents, one when he connects the battery and the other when he disconnects the battery. This current at the other end of the ring was induced from the battery end of the magnetic circuit and occurred due to the variation in the magnetic flux that occurred during the connection and disconnection of the battery.

Thing got more interesting from there as he tried other experiments like solenoid experiment where he detected little current from both terminals of a solenoid when he passed a bar magnet quickly through the solenoid. As stated earlier, this idea was not accepted due to mathematical backings then but James Maxwell developed a model which he expressed the variation of the electromagnetic induction with respect to time as a differential relationship. This was called Faraday’s law by Oliver Heaviside, an English electrical engineer.

Mathematically, the Faraday's law of induction is shown below as a surface integral. Where ΦB is the magnetic flux existing within the enclosure of a conductor loop (like the hollow of the solenoid) while B is the magnetic field and dA is a fraction of this enclosed loop.

Putting the above formula in plain English, the law of induction states that magnetic flux in a wire loop is directly proportional to the amount of magnetic flux lines through this loop and a change in the surface of this loop creates an electromotive force on the loop.

A dynamo is generator which uses a commutator to produce direct currents. A generator is any device which converts mechanical energy into electrical energy for use in another circuit which makes the dynamo an electrical motor and vice versa. Hence, commutation is referred to the process of switching the fields in the armature coil to produce constant turning force in a specified direction and the commutator is the device in the armature which performs this switching.

The voltage induced in the armature due to its movement in the magnetic field is constantly alternating and the commutator changes this to direct current, hence it is safe to call the commutator an electrical switch and without the commutator would rotate linearly (180 degrees) and then change direction.

All electrical motors and generators are based on the same principle as the dynamo. The dynamo generates a direct current with the help of the commutator which toggles the armature winding on and off and by so doing, regulate the direction in which electromagnetic fields are headed. The Faraday's disk is the first attempt to build the dynamo and is still available commercially for experimental purposes only as the disk can only generate few milliwatts of electrical power.

Hahaha! We happy you still alive to tell the tale...thanks for shading light on the princple behind motors and generators...well written sire!

Thanks for stopping by to go through this post.
Thanks for your time bro, I'm learning from you.

Very well written article sir,
the electric motor also works by that principle only that it does it in the reverse i.e. electricity is supplied to make the motor spin.

Where is the teardown of the bicycle dynamo to show how it works? It is actually an induction generator. The magnets spin past the core of a coil generating AC current. Great that you have had a go though. Keep exploring.

I don't know much about electricity, but I love your work it was well analysed to a layman's language I trust this work will get to the right people to give you good upvotes.

Nice one and very educative.

Congratulations @akpos! You have completed some achievement on Steemit and have been rewarded with new badge(s) :

The discovery of the dynamo electric principle has brought about greater changes to the way our society lives than practically any other scientific breakthrough.
Nice piece.

Seeing the featured image for this post brought back a bad memory.... I and my colleagues tried to improvise the dynamo, sprocket, chain combination setup to construct a mini wind turbine.

We actually found a dynamo, working one but our sprocket wouldn't stop wobbling....

This is nice post tho. I enjoyed it. Keep seeming

Congratulations @akpos! You have completed some achievement on Steemit and have been rewarded with new badge(s) :

Brilliant.. I am still preparing something on this.. I used to hear dynamos are used in bicycles i haven't seen one though. But the image above gives me a hint.

Did you know first generation cars used dynamos too?

@akpos you were flagged by a worthless gang of trolls, so, I gave you an upvote to counteract it! Enjoy!!

Congratulations @akpos! You have completed the following achievement on Steemit and have been rewarded with new badge(s) :

Congratulations @akpos! You have completed the following achievement on the Steem blockchain and have been rewarded with new badge(s) :