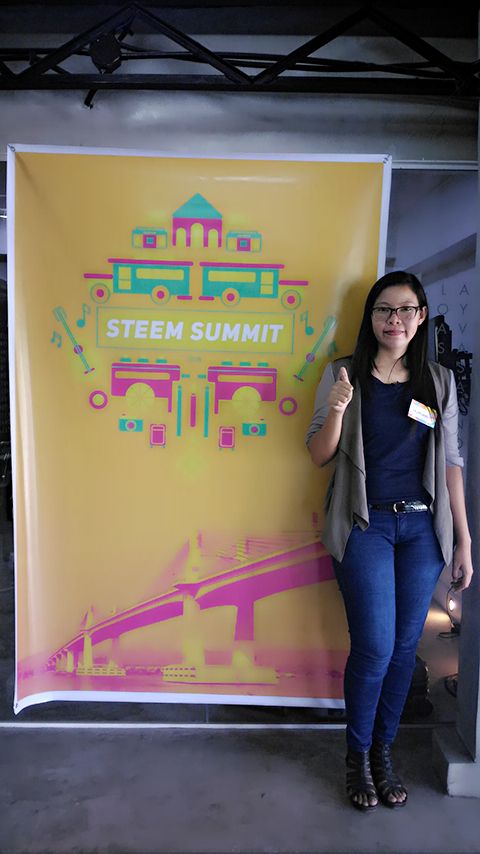 Prior to the event, I had a hard time thinking about how we can arrive at the venue without getting lost. I wasn't familiar with the venue so I just relied on google map. I and my sister and brother-in-law who were my companion even brainstormed for a while on what's the best route that we'll take in going there. I felt slightly pressured because I invited them to the event so I don't want them to get frustrated if ever we get lost in going to the venue. And thanks God that that didn't happen.

We arrive at the said venue at 1:15 PM and we're happy that the event hasn't started yet. My co-steemians that were in the registration booth greeted us with a warm welcome. We then registered and we were given a name tag.

Welcome Address and The First Talk with Kryptonia

After a few minutes, the event finally started. @manualbot bot welcomed us with @donkeypong’s message.

Right after that, Nathan Senn, the CTO and founder of SuperiorCoin discussed SuperiorCoin and Kryptonia. While he was talking, I was just silently listening and absorbing the details of the discussion. I am happy that my companions who are non-steemians and are new to cryptocurrency enthusiastically listened too. After the first speaker, Michael Senn, who is the CEO of SuperiorCoin discussed about the blockchain technology. I was really attentive in listening because I’ve been researching about blockchain and how it works. And I was really glad that Nathan Senn discussed it because I’ve become more enlightened. My companions also asked me some questions about Steemit and cryptocurrency as well and with Sir Nathan's discussion, their questions were answered and it made them understand it.

After the talk of the Senn brothers, the snacks were distributed to us. I love the empanada and banana cake so much! Actually, I haven't eaten lunch when I went there, but I didn't feel hungry at all not until the snacks were put on our table. 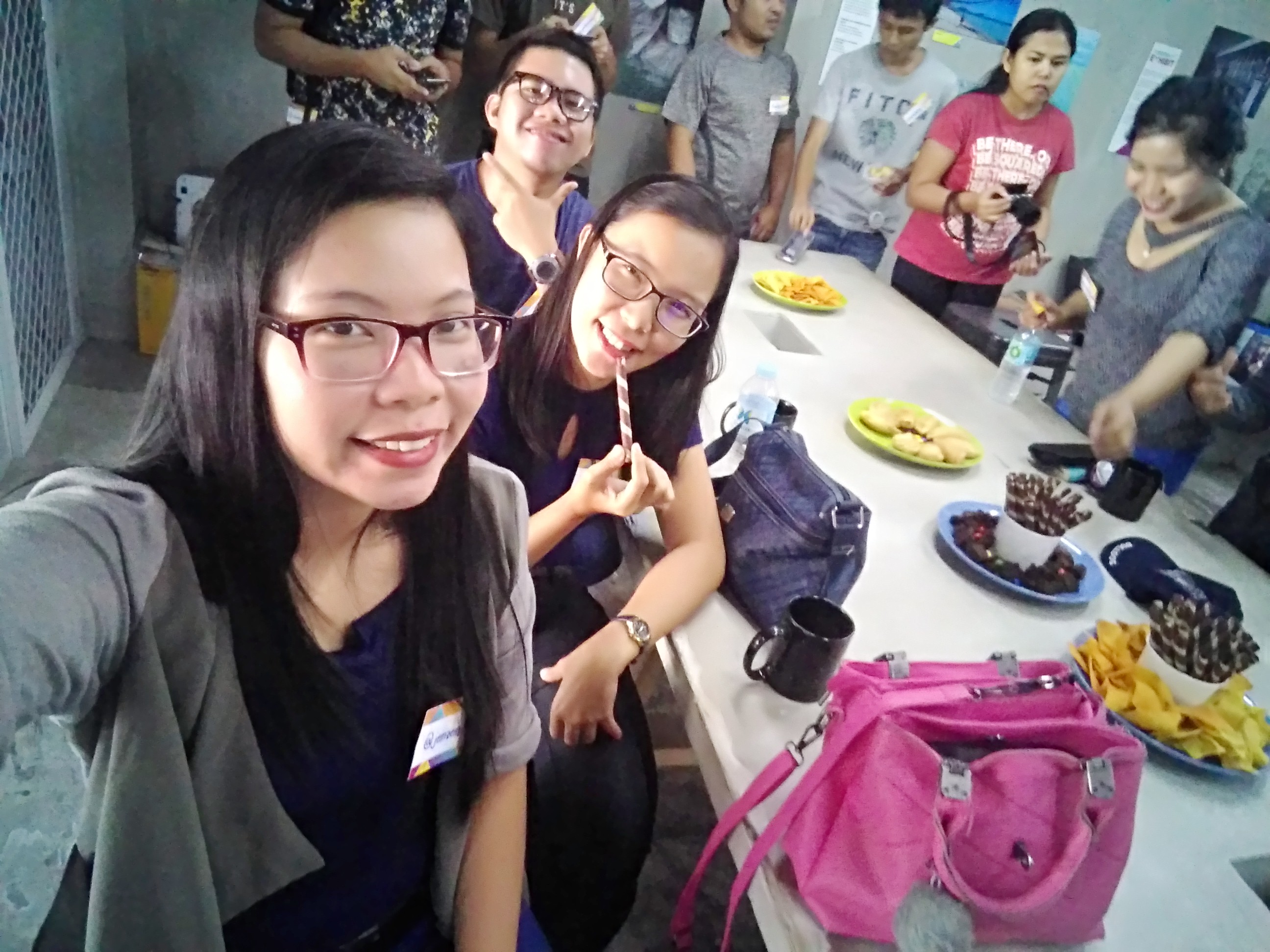 While we were eating our snacks, the Cebu Beatbox Community entertained us with their amazing beatbox talent. It was then followed by the song performance of the two talented singers, Jayvee Pepito and Leide Lyka Agunod. The two of them are really good singers. 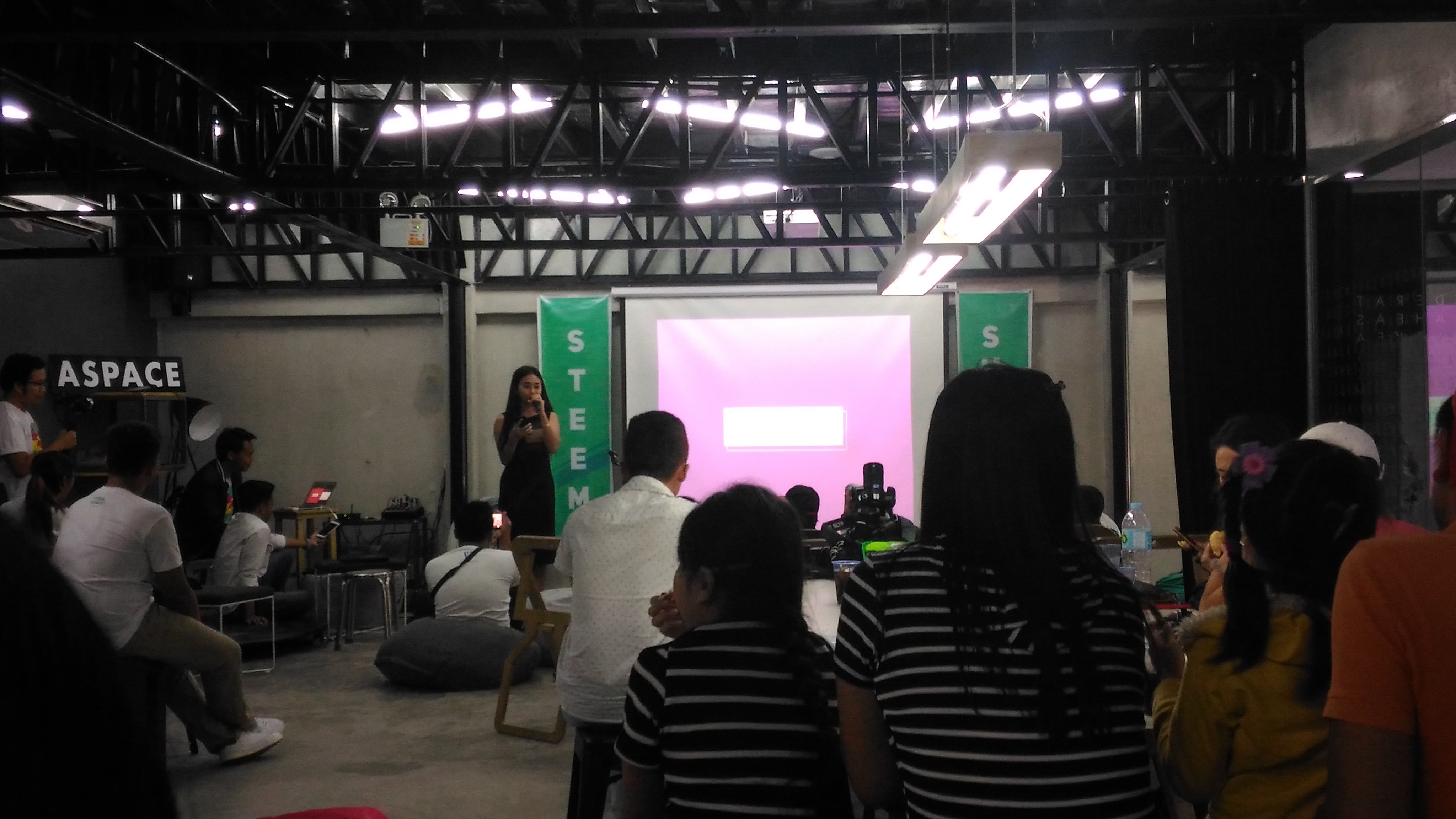 After the song performances, I could say that our attention was very focused to Anne Porter who was doing a pole dancing. It was indeed an amazing and breath-taking performance. I’m happy that I’m able to witness pole dancing live as I’ve never seen one. 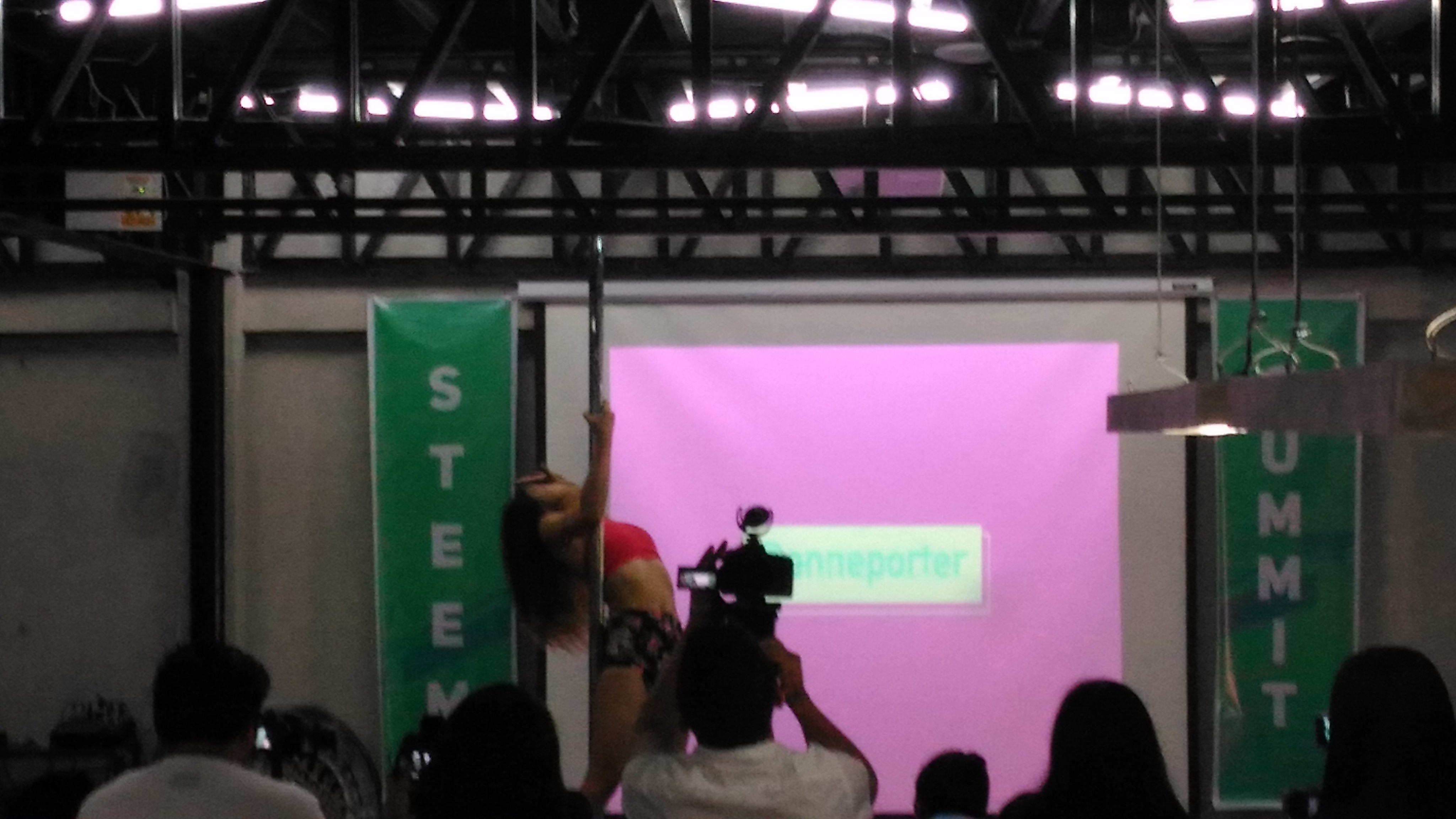 The pole dancing was then followed by the second talk led by Steward Suarez in behalf of @bobbiecayao from Negros. @jassennessaj gave his talk right after Sir Steward. I even told my companions to listen carefully to him because he’ll be talking more about Steemit. I’ve known that he was very active in Steemit and his articles were really helpful not just for me, but for other newbies as well. He gave a good and informative talk and I was glad listening to it.

The last speaker, @morken followed @jassennessaj’s talk. I actually had fun from the beginning of his talk up until the end. I could honestly say that he’s really a great speaker! He has a sense of humor which I loved the most and his talk about life is truly relatable. It was also admiring hearing the voices of @surpassinggoogle, @voronoi, and @hansikhouse played in the white screen through a projector. They were very supportive and it’s so great seeing them in the video.

Right after their inspiring speech, the event moved to the awarding of the winners of the different exhibits namely: Photography, Art, Travel, Poetry, and Curied Posts Exhibits.
I wasn’t expecting that we’ll be given a certificate so I was really happy when I received it. 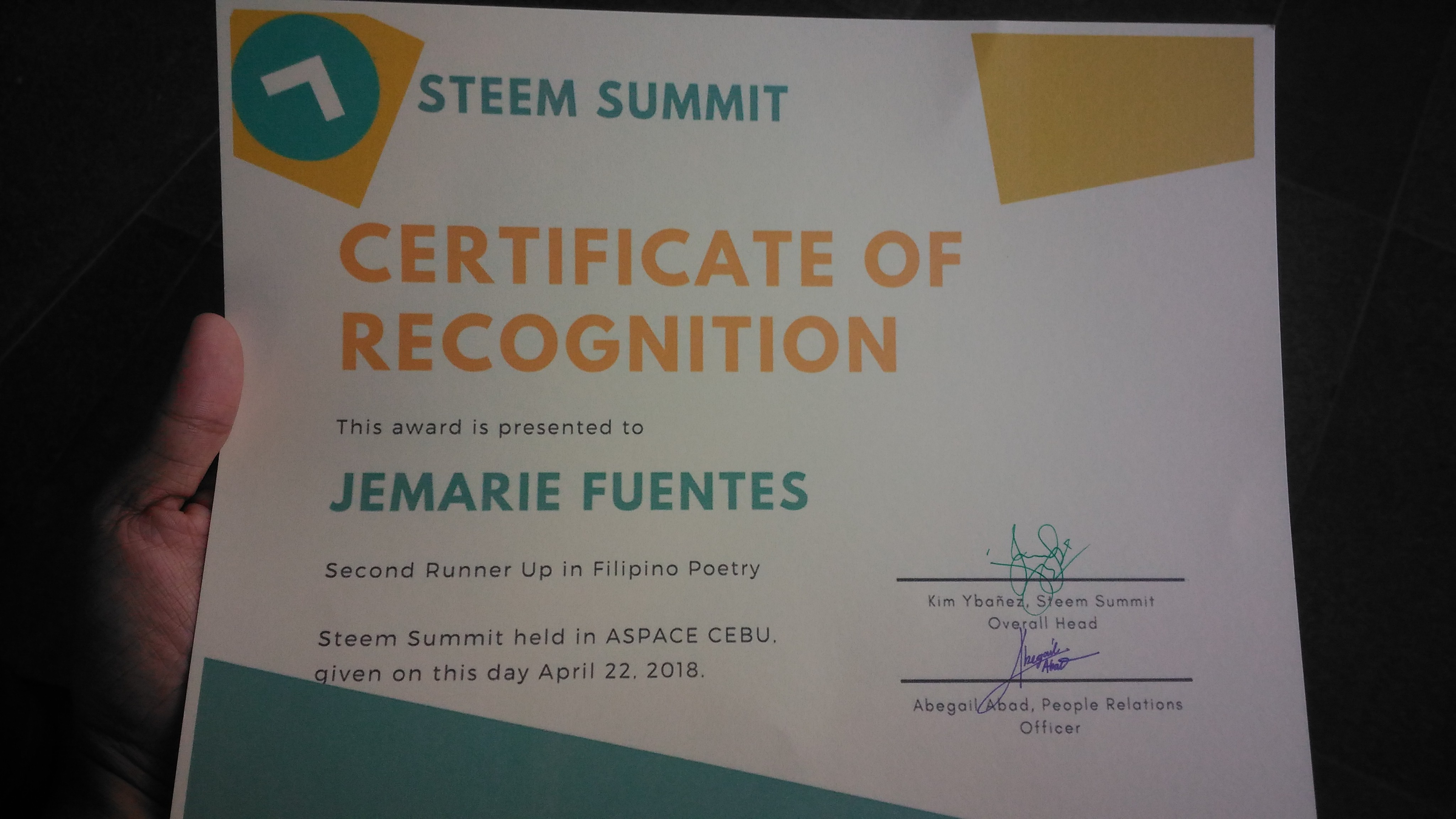 We then decided to go ahead which was really a bad decision for us because we weren’t able to catch up @surpassinggoogle who surprisingly visited the event. I wanted to even see him in person, but I wasn’t able to do it. 
Hopefully, I’ll be able to see him in the next meet-ups if he’ll attend and surprise us again.

The Experience and Feelings

Steem Summit was my first ever attended Steemit event. I was so aloof because I feel anxious and uncomfortable talking to strangers in person. But I’m really hoping that I’ll be participative and friendly in the next meet-up. (Hopefully!)

It was indeed a great experience to us being in the Steem Summit because we gained more knowledge about Steemit and we were able to meet the person behind the usernames that we’ve been seeing in our newsfeeds and discord servers. To sum it up, Steem Summit is a worthwhile experience that I’ll always remember! These were the freebies that we get as we left the event. And this serves as our remembrance to Steem Summit. 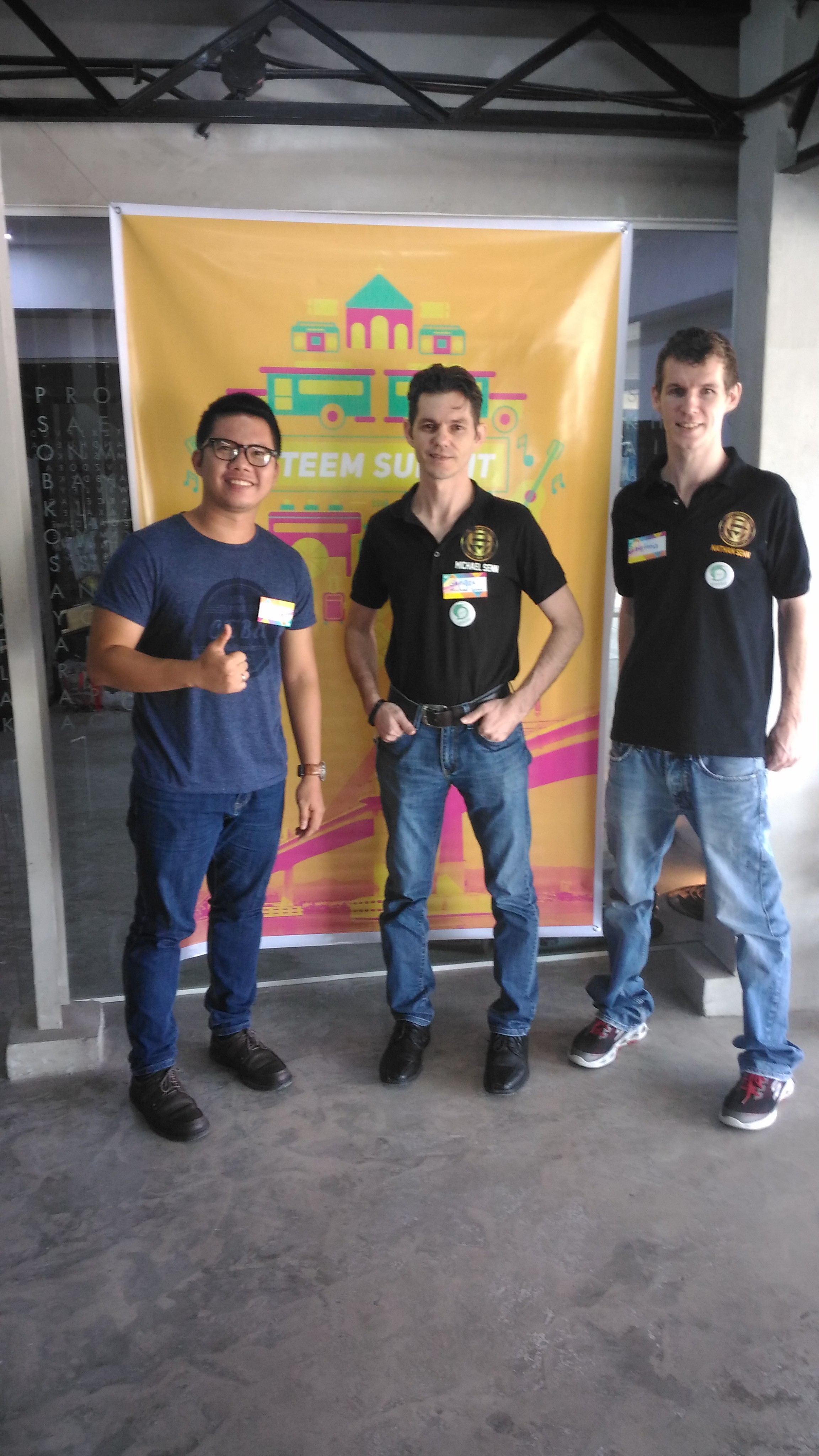 My brother-in-law with the Senn Brothers My sister and I. She'll be a Steemian soon

Thank you, @steemsummit! Thank you to the organizers, sponsors and participants! Congratulations for the success of the first Steem Summit!
#promo-steem #steemph #cebu #philippines
2 years ago in #steemsummit by jemzem (49)
$3.76
143 votes
Reply 1
Sort:
[-]
steemph.cebu (65) 2 years ago

Congratulations! This post has been upvoted by the communal account, @steemph.cebu by jemzem being run at Teenvestors Cebu (Road to Financial Freedom Channel). This service is exclusive to Steemians following the Steemph.cebu trail at Steemauto. Thank you for following Steemph.cebu curation trail!