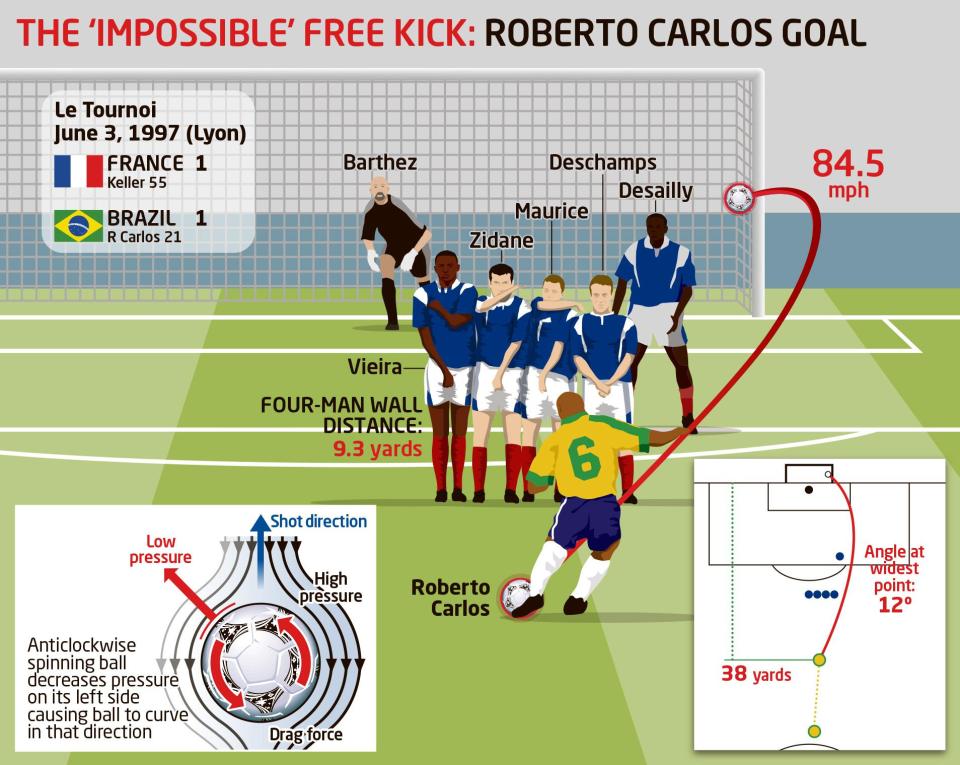 After I watch this video in Youtube, I wondering how can Roberto do such that kicks . No doubt ! Physics is the answer . The ball that Roberto Carlos kicks is curve because effected by the Magnus Effect . So what is Magnus Effect guys ? Continue your read okay . The ball curve during flight also known as Magnus Effect :

When the ball spin , there are friction between the ball and air .This will causes the air to react the direction of spin a ball.

The clockwise rotation in the figure) is show that the ball in a top spin, air velocity around the top half ball will less then air velocity the bottom half of the ball .

The downward net force(F) will react on the ball . Bernoulli Principle said that When the velocity of the air decreases , the air pressure is increases or vice versa . 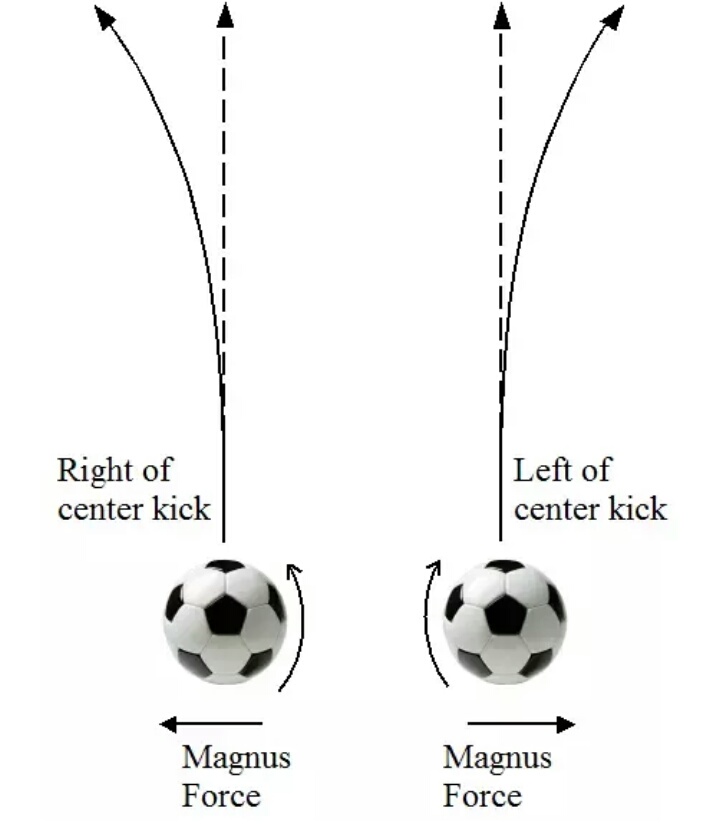 This such ball kick can make the goal keeper will less predictable and GOALLL because it makes it path !! Physics is great right ? In football also we can use physics concept to make a curve ball . Thanks for reading guys ! Below is the curve ball that makes by Ronaldinho . Don't forget to watch !

SteemSTEM , I am very proud with this community, because @steemstem is encouraging people to promote and write about Science,Technology,Engineering and Mathematics(STEM) postings on Steemit.B ecause this also an important things that we should know as our additional knowledge .

Join and learn about the project , Join us on steemit.chat:

So , now we know that whatever we do , activities ,works and so on . It's related to #physics .

I hope you 'll find this useful. Upvote, Follow, Resteem.

The @OriginalWorks bot has determined this post by @zouxx to be original material and upvoted it!

Now I know how to curve a ball thanks @zouxx ..

Great !! Is the concept is still same for another sport that using a ball

Well done! This post has received a 25.00 % upvote from @litasio thanks to: @steemstem-bot. Whoop!

This post has received a 0.78 % upvote from @drotto thanks to: @steemstem-bot.

Amazing post. Amazingly written. I like your style of writing. You explained Magnus force so impressively in short words. all the best.

Thanks for reading my post , I am really apreciate it