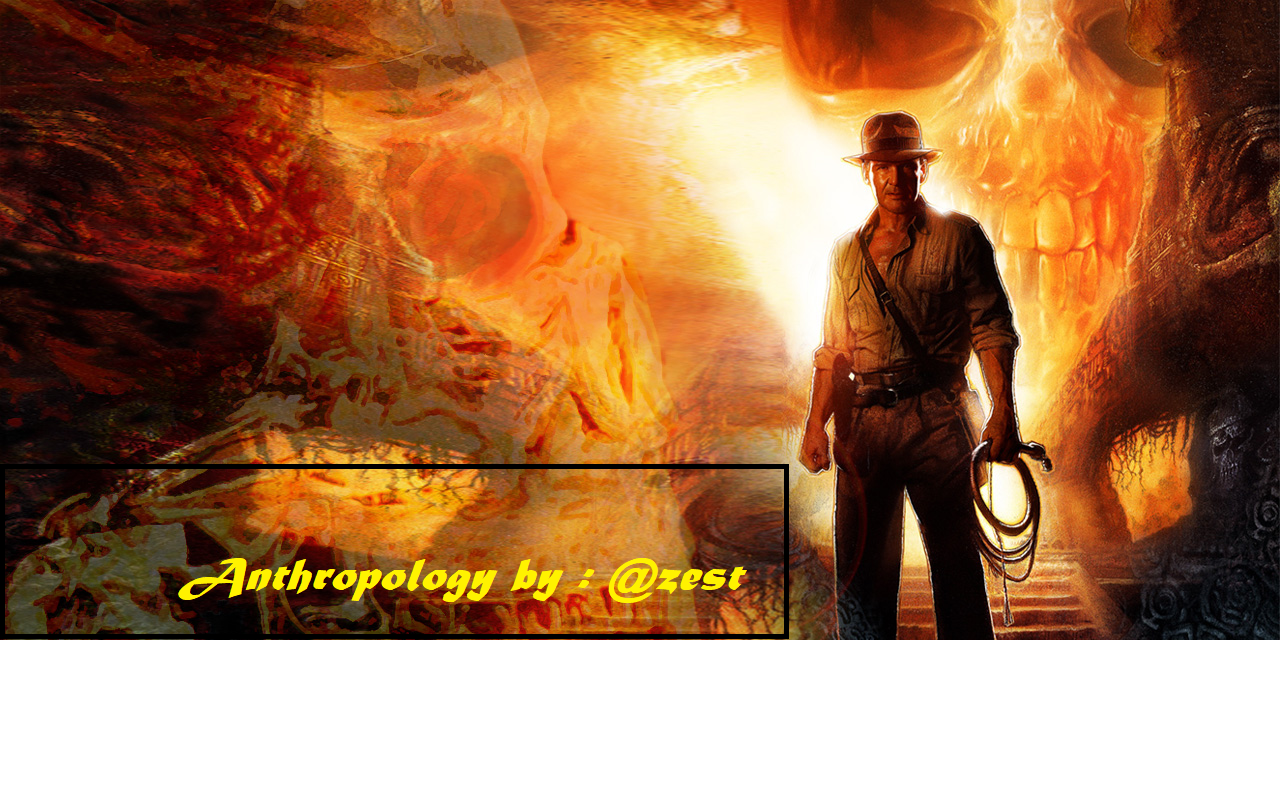 Given that Anthropology is characterised by curiosity about people and strives to "make sense" of human behaviour, the questions raised by these issues are among those that Anthropologists seek to answer. In more general terms, Anthropology concerns itself with an even wider and more general variety of questions, all of them in one way or other related to the human condition and the human experience.

For example: What are our similarities? What makes us distinctly human? Despite sharing common human traits, why are we so very different? Why do people differ in appearance, that is, physically and biologically? Why do people have different patterns of behaviour? Why have communities and societies throughout the world developed different or similar ways of addressing the need to adapt to the environment? Of organising their relations with others? Of organising their leadership and governance systems? Of relating to, or placating, the supernatural or supreme being(s) or the spiritual realm? Of expressing themselves artistically?

The basic question which anthropology has always tried to answer is: How can we explain the uniformity and diversity of humans and human behaviour - that is, the human experience?

For example: a rural village community in France; a factory; a San settlement in the Kalahari Desert; an international corporation or organisation; a complex urban neighbourhood; a pottery-making village; a medical facility or psychiatric ward; the Tsigane ("Gypsies") in the Sion valley of Switzerland; and so on..

Anthropologists thus take themselves out comfort zone of their own familiar surroundings to experience other people and their activities in an unfamiliar context. You did the same thing when you moved to a new flat in another building; when you arrived at your first or a new job; when you moved to a house in a new neighbourhood; when you travelled to a foreign country and were confronted with rules and regulations. Ten years ago Richard Carlson's little book, Don't sweat the small stuff ... and it's all small stuff, had already sold more than 8 million copies worldwide. The book provides guidelines for dealing with life's problems and outlines strategies to respond to life more gracefully. The 100 brief chapters that make up the book include a chapter entitled Become an anthropologist.
Why did Carlson include anthropology in a self-help book?
This is what he says:

Anthropology a science dealing with man (we would say Human's) and his (their) origins. (However), I'll conveniently redefine anthropology as "being interested", without judgement, in the way other people choose to live and behave. This strategy is geared toward developing your compassion, as well as a way of becoming more patient. Beyond that, however, being interested in the way other people act is a way of replacing judgements with loving-kindness. When you are genuinely curious about the way someone reacts or the way they feel about something, it's unlikely that you will also be annoyed. In this way, becoming an anthropologist is way of becoming less frustrated by the actions of others. When someone acts in a way that seems strange to you, rather than reacting in your usual way, such as, "I can't believe they would do that, instead say something to yourself like "I see, that must be the way she sees things in her world. Very interesting!" In order for this strategy to help you, you have to be genuine. There's a fine line between being "interested" and being arrogant, as if secretly you believe your own way is better. (Carlson 1997:111-112) In this part of my blog I intend to actively involve you in a process that will encourage you to begin to think like an anthropologist - to do this you need to be curious and not take anything for granted. By exposing you to other people's, often very different ways of arranging their lives, we shall try to help develop a mind that is open to perceiving and understanding others and yourself.

Thanks to media in general and particularly Indiana Jones movies and television programmes such as National Geographic Channel and BBC Knowledge, anthropology (also confused with archaeology) still often seems to conjure up images of mummies' tombs, treks through jungles, pith-helmet wearing colonial explorers discovering "lost tribes", adventures in remote and exotic places and the dietary preferences of cannibals.

Anthropologists agree that their chosen field of study is exciting, that they do experience people and places first hand that others do not usually have the opportunity to become familiar with, that they do become deeply and even emotionally involved in an endeavour to understand the human condition. However, the conventional perceptions "out there" of anthropology have probably done more to obscure the true nature of anthropology as a profession than to contribute to a better understanding of the discipline.

Anthropology thus produces information (data), knowledge and understanding of what makes people different from one another and what makes them similar, and looks at what all humans beings have in common.

Images are linked to their sources in their description and references are stated within the text.

I am glad that I found this post before the week is over. Thank you, it was a pleasure for me.

I read it in a calm mood and I immediately felt recognized. Anthropology has a lot in common with Systemics - especially when it comes to recognizing people in their own habitat and absorbing impressions and information in a value-free manner.

I would say, this is a king's discipline which is extremely difficult to accomplish if you are not particularly talented or trained in it.

We, as Westerners, are terribly quick in our opinions and judgments. I am a practical systemic practitioner and often in my life I have situations - just like an anthropologist - in which I move between two people who have a conflict. For example, when I do mediation for a couple.
I can't think,"Oh, my goodness, I can't do that now!" but need the element that says "How interesting. This view is quite unusual."

The quote from the book you mentioned and your style make it clear that you have internalized this or at least it is a goal. The more you talk and write about it, the more this way of seeing the world becomes your own. That is at least my approach to integrate this wonderful way of looking at the world.

Some days I think I am not even close. Some others things work well.

Thank you for such an amazing comment!!!!!
I would really love to you to be a member of SteemSTEM:
https://steemit.chat/channel/steemSTEM

I thank you, too and in return to have brought that up! I am honestly seeking for people who speak my language; guess I found you:)

Often enough I feel thrown back in my judgmental mind set.

I tried to get into the steemstem circle by several articles I wrote and was once honored with a series which dealt with the issue of separating parents and my systemic approach on this topic. I got aware of you because @laylasophia is re-esteeming your posts. She is one of the users here who supported me from the beginning.

Thanks for the link to the channel, I'll have a look.

Looks like another great idea for a series of posts. But all your posts are great. I don't always comment but I keep up with your work and I've been really impressed with all your archaeology articles. I have a bachelors in Anthropology so and have spent more time studying culture. I look forward to seeing what you write about.

Hi @marxrab!!!!!!!!!!
Thank you for the comment and your ongoing support:)
I am truly humbled and grateful to you for your kind words.

I was wondering what you thought. In the realm of 'Applied Field Anthropology,'it is been said that Anthropologists "get in the way" of other professionals such as doctors, geneticists. etc in deconstructed and solving problems. In what way can Anthropologists play a role then if such criticism has a kernel of truth in it. Just asking.

Hi, I would prefer to read the article or the source of this statement before commenting, often text taken out of context can be misunderstood. If you can please supply me the source of this comment, I would be happy to respond thereafter. Thank you for the comment and support:)

Perfect and very fascinating post, i can learn much about this from you

Hi @jamhuery:) Thank you my buddy from Aceh:)

nice looking forward to more of this, i follow you ... keep them coming.

Interesting read! Learned a lot about how and why the world fuctions the way it does by taking anthopology & sociology as electives.

Wow! Wonderful post, you started from the buttom. Even a non-science oriented person would get the full information. Thumbs up to you...👍

Ok, take a break and please try again:)
Let me know if there is anything you don't understand.

Thanks for the tip @zest: I’ll add something a bit like you have here in my future posts. (Images are linked to their sources in their description and references are stated within the text.)

Congratulations @zest! You have completed some achievement on Steemit and have been rewarded with new badge(s) :

All of your posts are very nice.

Congratulations @zest, this post is the third most rewarded post (based on pending payouts) in the last 12 hours written by a Superuser account holder (accounts that hold between 1 and 10 Mega Vests). The total number of posts by Superuser account holders during this period was 793 and the total pending payments to posts in this category was $3070.41. To see the full list of highest paid posts across all accounts categories, click here.