The invention of the steam engine was the beginning of a period of history marked by major changes in production processes. The driving force produced by water, wind, or the muscular energy of man or animals, was replaced by that produced by the steam engine. The ancient Greeks were the first to devise a device that, using steam, caused the rotation of a container, similar to what we can now see in the valve of a pressure cooker.

What is a Steam Engine?

"It is called a full-scale steam engine where it is used as a driving force that results from the expansion of water vapor. Its fundamental principle is that of the conversion of heat into work. This work depends, as in all thermal machines, on the difference in temperature, that is, on the difference between the temperature of the steam before it expands and the difference it has when going outside. "

How does a steam engine work? 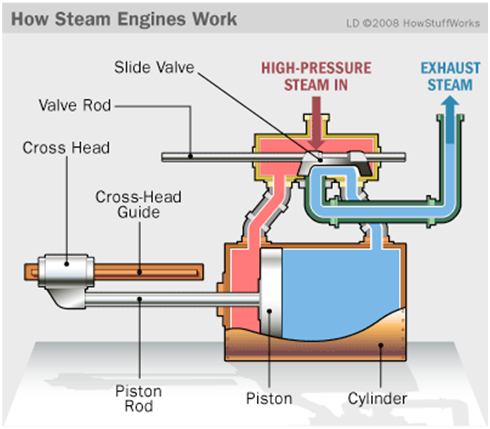 The temperature of the water is increased, with the burning of coal or another type of fuel, until generating steam. This steam is taken by pipes to a cylinder that contains a piston, which due to the pressure of steam at high temperatures is pushed up and down producing a mechanical energy that is transmitted to a rotation mechanism, whose movement and strength are used to drive other mechanisms and wheels.

Who was Nicolas Leonard Sadi Carnot?

Important contributions were made to the Steam Engine, notably the names of the English inventors Tomas Savery (1650-1715) and Thomas Newcomen (1663-1729) whose invention was used to drain water from the coal and tin mines located in south-west England.

The mechanical engineer James Watt (1736-1819), designed the steam engine by making some improvements to the Newcomen`s invention, which contributed to the development of the first Industrial Revolution.

New designs emerged and were used to move vehicles on rails. A locomotive and a steamboat were the first achievements in this regard, created by Richard Trevithick (1771-1833) and Robert Fulton (1765-1815) respectively.

In 1824 in Paris the French engineer and physicist Sadi Carnot (1796-1832) published the book Reflections on the Motive Power of Fire and on Machines Fitted to Develop that Power whose statements would serve as a basis for what is known as the laws of Thermodynamics.

"Nature has given us the faculty to produce at any time and place, the heat and the motor power that is its consequence. The purpose of fire machines is to develop that power, adapt it for our uses. The study of such machines is of extraordinary interest, its importance is immense, its use increases every day. They seem destined to produce a great revolution in the civilized world [...]. It seems that one day [the steam] will serve as a universal engine and will take precedence over the strength of the animals, the waterfalls and the air currents. The Carnot cycle is a thermodynamic cycle that occurs in a computer or machine when it works by absorbing a quantity of heat Q1 from a source of higher temperature and yielding a heat Q2 to the one of lower temperature producing a work on the outside.

Carnot states that a hot body is needed that produces heat and a cold body to which the caloric is transported, which generates a mechanical work in the process. It also establishes that said work is independent of the substance that is used to produce heat and the design and construction material of the machine.

In the following figure the Carnot Theorem is shown: 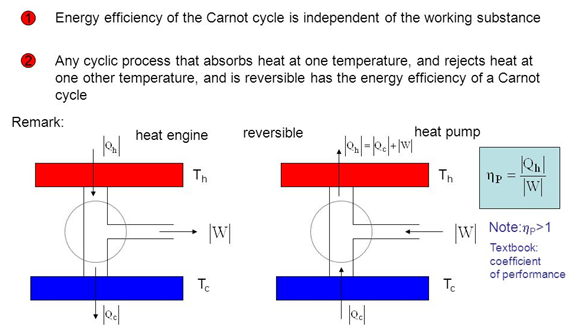 Processes of the Carnot Cycle Applications of the Carnot Cycle

Thermal devices or thermal machines are one of the applications of this cycle. The heat pumps to produce heating, the refrigerators to produce cooling, the steam turbines used in the ships, the combustion engines of the combustion vehicles and the reaction turbines of the aircraft are some of the examples that we can mention. 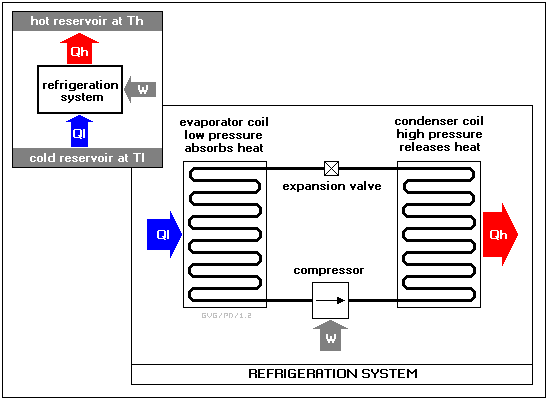 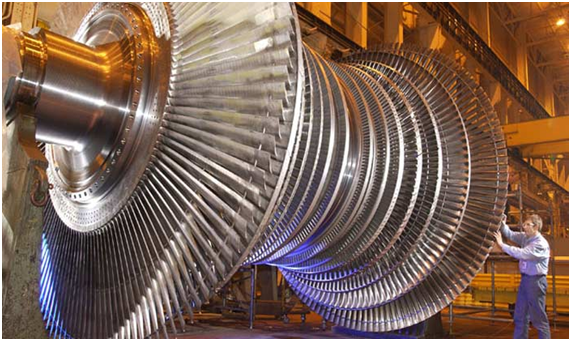 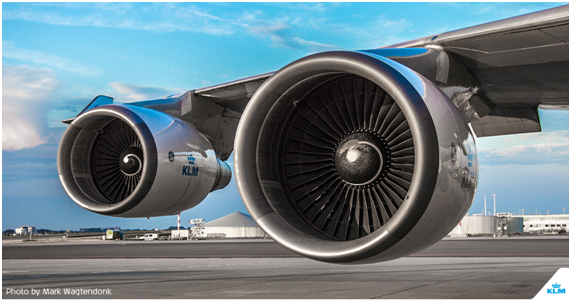