I love springtime; when the nights begin warm up enough for all of the creepy crawlies to come out and play. Last night, my wife and I were sitting out on the back porch enjoying the cool night air and the sounds of the frogs croaking in the pond. This is our first spring in the new house. Not only are we farther out in the country, now, but we are also in a slightly different geographical region than we use to live in (even though we are only about a 40 minute drive away). We are now kind of in the transition zone between the Mississippi Alluvial Plains and the Ozark Plateaus. I am SUPER excited, because this means there are new animals and insects to be discovered! For example, check out this bug that I found buzzing around the back porch light last night. I had just noticed a rather large tree frog beside the door, so I caught it and placed it by the light so I could watch it snatch a few bugs. It was the first time I’ve ever watched a frog catch its prey in real life. While watching, this big beetle came buzzing in. It was about 2 cm in length (a rough estimate, as I didn’t have a ruler handy), and there were 5 big orange splotches on its back. I had no idea what it was, so I was a little hesitant to mess with it. It buzzed around for a couple of minutes - sometimes landing just inches away from the hungry frog, who was hesitant to even mess with it - before my wife expressed her surprise that I hadn’t ran in to grab my camera, yet. So, of course, I ran in and grabbed my camera! While I was at it, I grabbed my phone and did a quick Google search for ”black beetle with four orange spots”. Here is what I found out.

The roundneck sexton beetle is a fairly common bug here in North America. It can be found from Canada, all the way down the eastern coast of the US into Florida, and as far west as Texas, Nebraska, and the Dakotas. It is a burying beetle; a type of carrion beetle that finds dead and rotting animal carcasses (and sometimes even dung) and buries it in the dirt to feed on and to lay eggs on. It was first described by Thomas Say in 1825; just one of well over 1000 beetles that he discovered. It looks quite similar to the critically endangered American burying beetle, but it can easily be distinguished by paying close attention to their physical appearance.

An adult roundeck sexton beetle will grow to be about 15-23 mm long. They are black with four distinct orange splotches on their carapace. The anterior spots will be larger than the posterior spots. On my particular specimen, I thought the anterior markings looked kind of like the bat signal, and the posterior spots looked like a deformed Pac-Man.

To The Bat Cave! 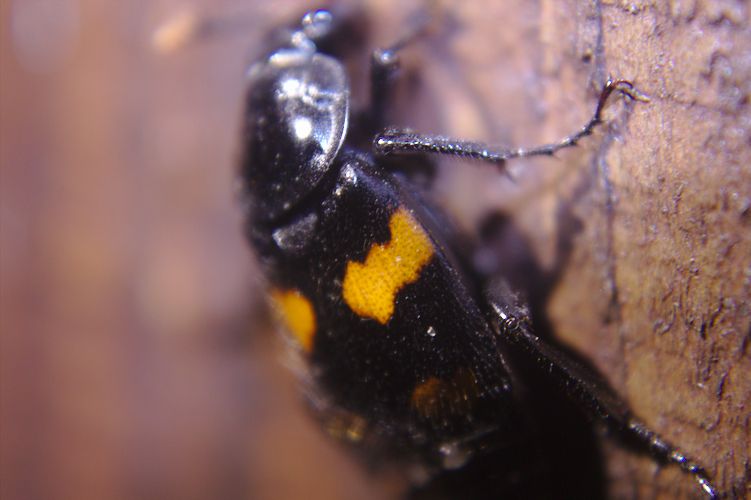 Another distinguishing characteristic is the pair of orange clubs atop the antenna, although this trait may also be shared with the American burying beetle. To really tell the difference, you have to look at the head and the pronotum - the roundish plate that covers the thorax. The American burying beetle will have an orange spot on the head, and most of the pronotum will be orange; however, notice that the head and pronotum on my specimen are uniform black. That is the dead giveaway. 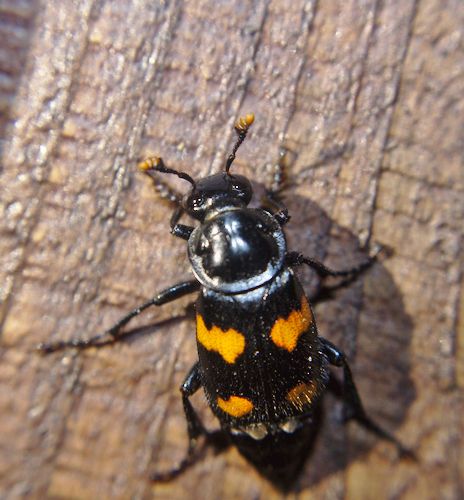 Male roundneck sexton beetles are nocturnal as adults. They come out at night in search of dead animals; usually small mammals or birds. Once a male has located a delectable corpse, they will climb on top of it, do a headstand to expose a gland on the last segment of its body, and begin gyrating their abdomen while secreting pheromones in hopes of attracting a female. This ritual may go on for hours.

The female goes out at night in search of a suitable mate, attracted by the pheromones emitted by the males. Along the way, she may encounter males who have emitted their pheromone without locating a suitable food source. In these cases, she will oftentimes mate with him anyway, but then she will leave in search of another male who has secured a meal for her future offspring. It is thought that this behavior is intended to better her odds of insemination.

Once a pair of burying beetles have secured a corpse, they will begin working together to prepare it for their future offspring. This is where the name burying beetle comes in. First, they will assess the size of their food source by trying to drag it. If it is found to be suitable, they find a place to bury it. They will begin making short trips looking for a suitable substrate for burial. Once a spot is located, they will work together to drag their carrion there. They may even go as far as 12-15 feet in 3-4 hours to get to that perfect burial place.

Now, it is a race against time to get their spoils under the ground before other insects like flies or even other burying beetles begin to invade. They dig by pushing their heads down under the dirt and forcing the soil upward, and they will use this method to remove the soil from underneath their carcass until is settles down into the earth. They will then cover it with a few inches of dirt, leaving a small cavity for them to remain hidden in. Next, they begin to remove all of the fur or feathers from the carcass and form it into a ball shape. Once this is complete, they will cover the now-bare skin with secretions that slow the growth of necrotizing bacteria and fungi to prolong their food source. Finally, the female will hollow out a brooding chamber above the buried carcass where she will eventually lay her eggs.

Now that the hard work is over, the male-female pair will mate. Interestingly, the female’s eggs have not yet been fertilized. Instead, she has been storing the sperm of any males that she has mated with in a receptacle. In fact, her ovaries don’t even develop until after the burial process has begun. Researchers aren’t exactly sure what the trigger is, but there is something about the physical act of inspecting and burying carrion that signals her ovaries to mature. Now, remember: she me may have mated with multiple other partners at this point, so it is a toss-up as to which sperm will fertilize those eggs. In an attempt to stack the odds in his favor, the male will copulate with the female multiple times.

Once insemination occurs, the female will lay her eggs in the soil. After about 4-5 days, they will hatch and form a brood ball. The female will then call them into her brooding cell by chirping. Once the young larvae (as many as 35-50) are in the brooding cell, the male and female will feed them by eating and then regurgitating the liquified food into each larva’s mouth. For most species of burying beetles, the larvae are able to eat on their own; however, the roundneck sexton larvae are entirely dependent on their parents. They will complete three instar stages within about a week’s time, at which point they will disperse into the soil to pupate. After another 30 days or so, the final adult form will emerge from the ground.

Aside from helping to decompose carrion, the roundneck burying beetle doesn’t really have much of an economic impact on our society. It can, however, be used in forensic investigations. At places like The Body Farm in Knoxville, Tennessee, researchers study which bugs colonize dead bodies and at what time intervals they will be found. If these burying beetles are found on a corpse, the developmental stage that they are in can help forensic investigators determine how long the body has been there.

Burying beetles are gross! They bury dead stuff, wad it into a ball, gnaw the fur off of it, eat pieces of that dead stuff, and vomit it back up into their larvae’s mouth. Isn’t nature cool!

International Union for Conservation of Nature 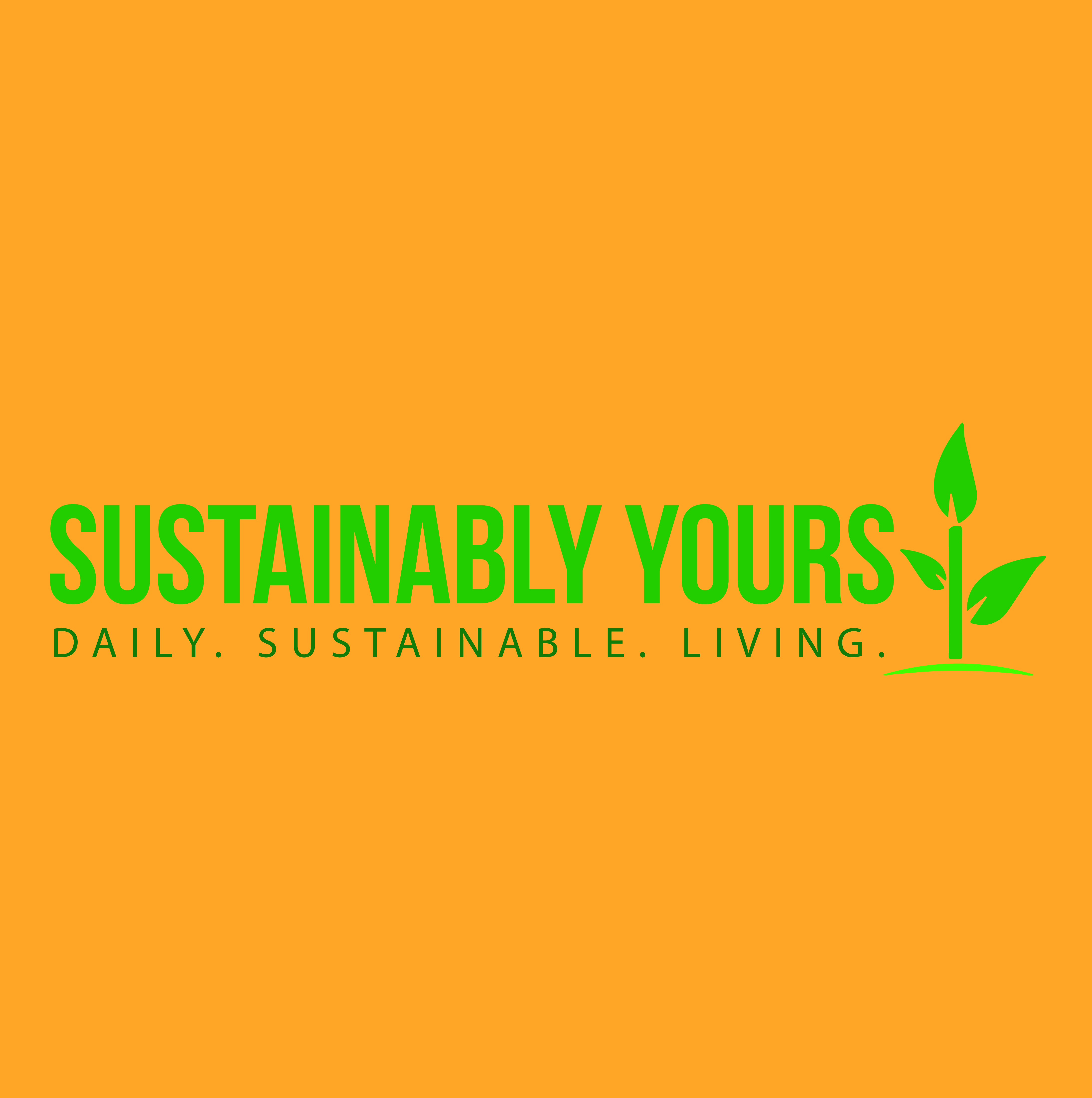