A question over a tadpole?

A non-magnetically separated selection of fragments from the LION 2 core was placed on an SEM sample holder as discussed here. The purpose of this blog is to discuss two examples of smooth, potentially extruded, glassy like fragments found in the sample and relate it to other experiments.

Fig 1: The question mark and the tadpole, location reference SEM

Fig 2: Poor colour reference photo showing LION 2 'debris' sample areas.
Sample areas 12-17 analysed had no Zirconium 10 and 11, the subject of this blog, did. 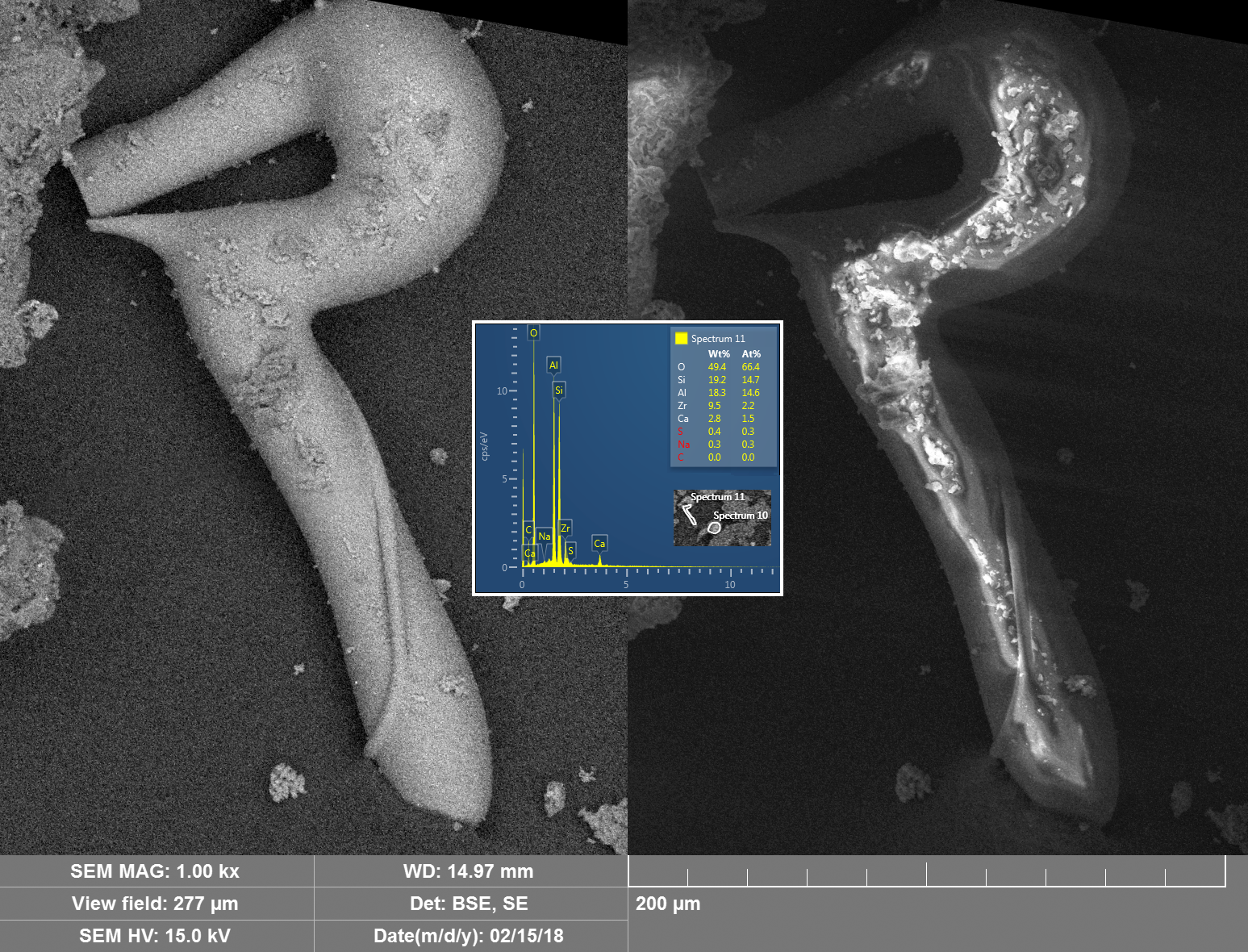 Fig 3: Close up on the ? feature with EDS spectrum.
The ? had a very curious spiral sub-structure on its outside.
Table 1: Elements found on the lower inverted L of the ? feature where the presence of Zr, not present in the fuel or reactor components stood out.

Fig 4: A close up on the hook of the ? shows reactor debris apparently embedded into the glassy surface

The tadpole appeared to be of a similar material to the ? as if squeezed from the same tube. Note, when the elemental analysis was done, there was no material covering the sample area which was the rounded end. Sometimes in SEMs sessions, movement of the table or the impinging of the ion beam/static build up, can cause movement of particles. 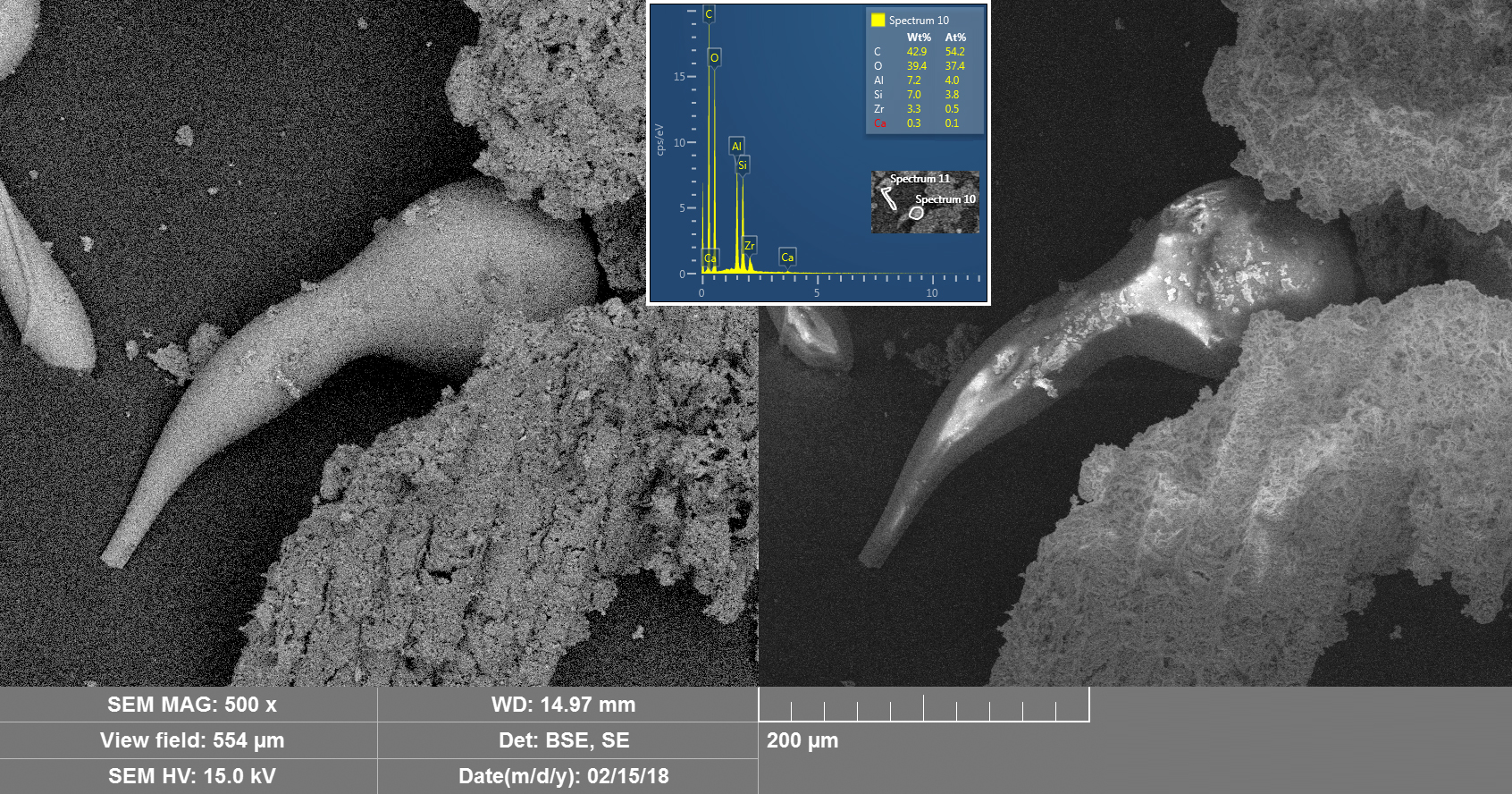 Fig 6: Close up on the tadpole's head with what looks like reflection of the top of the large particle in the lower left quadrant of the right hand SE image.

Discussed in the Copenhagen lecture this ECCO fuel sample also showed Zr, later in the year, it was established that there was no Zr in the materials that went into the fuel.

Fig 7: SEM/EDS analysis of ECCO ultrasonically 'part processed' fuel.
In addition, there was no Silicon in the starting materials, so it is interesting that this element appears here.

Further more, it must be noted that in the ECCO fuel sample, nearly every particle sampled contained high concentrations of Nb which is stepwise from Zr.

Whilst looking at the LION 1 reactor, a so called 'cannon' was found that appeared to have shot out a material and this was analysed and previously reported.


Table 3: Elements found in 'ejection' from 'canon' on the outside of the LION 1 reactor.

In the analysis here, a higher electron beam energy was used and this showed that the higher peaks from Zirconium were present which do not have x-rays that overlap with other elements found in the reactor and starting reagents. This approach is discussed in the Overcoming energy peak overlap problems in EDS spectrum blog.

From the two LION experiments evaluated and the ECCO part processed fuel, none of which had Zr in their starting materials or apparatus**, it appears the process is able to synthesise Zirconium. In the case of the LION experiment, not only is the Zirconium found in two separate experiments, but it is only found in both experiments in what appears to be extruded ejecta from some kind of active structures that play a role in the process. The ECCO process is much like a sonic cement mixer and so the Zr appears in every sample area.

In the ECCO process the Zirconium does not appear to get to a concentration above 9.5% by weight in any sample taken, which is coincidentally the same maximum concentration found in the LION 2 samples. LION 2 that ran for longer/more vigorously than LION 1 has this higher concentration, suggesting that the amount synthesised increases with time and that there may be an upper limit.

It is important to note that Zr is heavier than the H, D, C, N, O, F, Mg, Al, Si, Ca, Cr, Fe, Ni and Cu in the fuel and reactor at the start of both LION experiments. It is also heavier than the elements H, D, C, N, O, Ti, Ni, Fe (and other steel components) present in the ECCO fuel processing chamber. This implies that the process is synthesising heavier elements as it progresses.

Care was taken to ensure that EDS peak overlapping was considered and the presence of distinct primary higher energy Zr peaks in LION 1 sample make the elemental determination sound.

**It must be noted that the ultrasonic transducers used in the ECCO fuel process were PZT based and therefore did contain Zr. However, the transducers are coated and a long distance from the sealed processing chamber and were not found to be degraded in any way. In addition, the concentrations in the part processed ECCO fuel were high. It is therefore unlikely that the Zr came from the PZT transducers used.

Both the LION and ECCO reactors appear to be synthesising Zirconium, in the case of the LION reactors, the element is found only in one type of feature in the ash which is potentially highly significant.

This finding constitutes independent replication of a transmutation effect across LENR systems and back to back replication within a single experiment protocol.

I remember that lithium was used in the fuel of ECCO. Why is there no lithium in this spectrogram?
Is the fuel of this spectrum the ash after the reactor works?

Firstly Li was not used.