Am sure when you think of drug overdose, the first thing that comes to your mind are the hard drugs and narcotics. Something as general as your everyday painkiller definitely won't be one of your first thoughts.Most people don't know it's also as easy and dangerous to get addicted to opioid painkillers as it is to hard drugs.

Drug overdoses are the leading cause of death for Americans under 50, and deaths are rising faster than ever, primarily because of opioids.This is why researchers work very hard daily; trying to find viable alternatives to opioid painkillers.

A pain killing compound called prialt had previously been formulated from a different sea snail.It's been tested and is currently being used on humans. The only draw back of it is that it's really difficult to administer as it has to be injected through the spinal cord for it to be effective.Researchers are hopeful to find one much easier to administer and much more effective in this recently discovered compound in the sea snail.

A pain-killing compound that could serve as a non-addictive replacement for opioids has been isolated in the venom of a sea snail *Conus regius;found in the Caribbean. This venom is capable of paralyzing and killing its prey. The venom of the sea snail, was being studied because they help a great deal when researchers study the nervous system,due to its paralyzing effects.There was an observation after injection of the isolated compound to an animal;that the animal seemed to experience less pain so thorough investigation began after that.

The pain pathway in a human body generally works by sending the signal from the site of injury, processing it up through nerves through a place called the dorsal root ganglia into the spinal cord and up into the brain where we actually sense the pain.

What makes the pain killing compound isolated in the sea snail venom unique; is that it works in a pattern very different from opioid painkillers.It works in a more direct and precise pattern.Research in rodents indicates that the benefits continue long after the compound have cleared the body.

The compound is called Rg1A. Using rodent models, the scientists showed that a9a10 nicotinic acetylcholine receptors (nAChR) functions as a pain pathway receptor and that RgIA4 is an effective compound to block this receptor. The pathway adds to a small number of nonopioid-based pathways that could be further developed to treat chronic pain.

It takes the Rg1A compound just 4 hours to work its way through the body, but researchers noticed it's pain killing effects lasted up to 72 hours. This means the compound may have a restorative effect on some components of the nervous system.This compound also offers a potential new pathway to prevent chronic pain from developing in the first place and also offers a new therapy to patients with established pain who have run out of options. Amazing right?

Previous research had shown that RgIA was effective in rodents, but the scientists wanted to ensure they had a compound that would work in people. To do this, they used synthetic chemistry to engineer 20 analogs of the compound. In essence, the scientists started with a key (RgIA) that fits into a lock (the pain pathway receptor a9a10 nAChR). Using the key as a template, they developed new keys (analogs) with slightly different configurations.

The RgIA4 was administered to rodents, and then the rodents were exposed to chemotherapy drugs. This was done to fully ascertain if the RgIA4 really works as a pain reliever.

Normal effects of chemotherapy drugs(like cold sensitivity and hypersensitivity to touch) were observed not to be visible in rodents given the RgIA4.

Rodents who were not given the RgIA4 exhibited the usual symptoms of chemotherapy drugs; also rodents that were genetically altered to lack the pain pathway receptor did not experience the chemotherapy drug symptoms.

This proves that a9a10 nAChR acts as a pain pathway receptor, and that RgIA4 prevents the receptor from being activated. 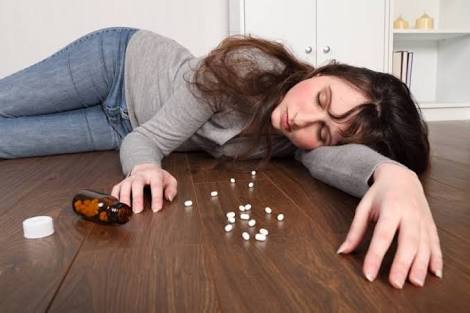 Acute and chronic pain is a common problem for a lot of people.While opioids are highly effective at blocking pain signals to the brain, Researchers are looking for medication that won’t result in addiction or the chance of a fatal overdose. We are all very much hopeful that all answers lie in the venom of the Conus regius.The researchers currently think this is a gold mine for new medications and hope they can harness numbing ingredients of the venom that won't hurt humans, they may be one step closer to combating the world's opioid crisis.There is a lot of positive results so far, so right now; i guess only time will tell!

All Image Sources are stated in text.