Forest fire outbreaks: How controlled burning can save humanity 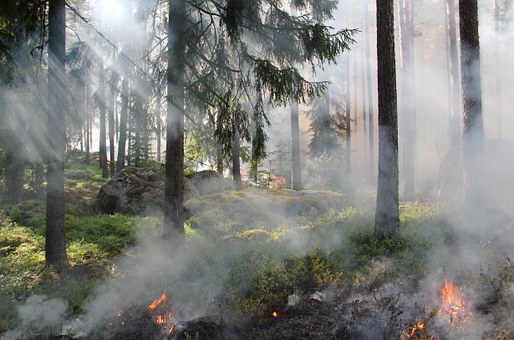 A safe environment will save human lives and properties, hence save humanity. Yearly, we watch on international/national televisions as fire ravages lives and properties in separate incidents in different countries of the world. It is quite sad considering this incidents could have been prevented through carefully planned controlled burning by forest managers.

Story of the bee stings I once saw a group of animated crowd gathered very close to where I went to eat lunch on a hot Tuesday afternoon. Moving close, I saw that some of them were groaning in pain while some were waiting anxiously and chatting excitedly about a man holding a covered bucket that seems to be the cynosure of all eyes. In summary, I got to know that the man was administering “bee stings” – a process of controlled use of bee stings, which they say has a healing effect for pile, malaria, body pains etc.

Much as controlled stings have a healing effect and uncontrolled bee stings can kill someone, so also is controlled use of fire has a benefiting effects and uncontrolled use has a deteriorating effects on the forest communities and the ecosystem as a whole.
Fire has been a common phenomenon throughout the history of the world. It has been a constant companion of humans; we have used it to our own benefit and been threatened by it. Fire can occur in the environment in different ways and have different effects such as; Natural fires in forests and wild-lands, burning used to convert forest and field to agricultural uses, agricultural burns; such as in the case of sugarcane or to improve pastures, prescribed burns used as part of forest management and prescribed burns to improve the environment for wildlife and natural flora in those ecosystems that depend on fire for their existence. Fires have physical, chemical, and biological impacts on ecosystem resources and the environment. The abiotic effects of fire include its role in changing air quality, water quality, soil properties, and nutrient cycling. Biotic effects include altering vegetation and related impacts on wildlife. The primary products of agricultural and forest fires are carbon dioxide and water, with a lesser proportion of carbon monoxide and some hydrocarbons all of which are green house gases which have been implicated in global warming and climate change. The most important pollutant of wildfires and burning is visible smoke, which is principally a mixture of particulates and water. Even though control burns produce smoke, the amount of smoke produced is much less than that produced by natural forest fires. If control burns can reduce the risk of large fires, the net effect would be to reduce the amount of smoke in the air. Control burns are normally carried out in agriculture and forestry when material is dry, which produces much less smoke and particles than a wildfire that burns green fuels. Control burns produce one fifth the amount of smoke particles that are produced by wildfires according to Dieterich (1971).
Fire can affect water quality both directly, by increasing temperature and nutrients, or indirectly, by increasing sedimentation and turbidity, and altering channel morphology. Controlled burns however, are carried out during the period which soil water content is not much and thereby minimizes the effects of these burning on ground water qualities.
Fire is not always damaging and its effects on the soil depend on certain specific factors.Fires affect physical, chemical, and biological soil properties directly by transferring heat into soil and indirectly by changing vegetation and the dynamics of nutrients and organic matter. The principal factor to consider with regard to fire is the slope of the land. The possibility of physical soil damage increases as the slope increases. Burning should not be practiced on steep or long slopes that have a risk of soil erosion. On moderate slopes, soil displacement after a fire or burn is insignificant. On level land, fire presents little danger of soil erosion. It has also been observed that control burns does not produce any significant changes in the quality or the composition of microbes or soil fauna. Other authors have concluded the prescribed burning normally causes little or no change in the organic content of surface soils.Researchers have also shown that “soil heating”, as a result of forest fire increases the seedling density of the seed bank of the soil.

Between wild-fire and controlled/prescribed burning

Fire kills fire sensitive tree species of the forest and sometimes destroy lives and properties. Control burning does not appear to affect the growth of trees in forest plantations if the species are resistant to fire and the fire is light. However, a forest fire that is very hot can cause damage to a forest or, at a minimum, damage the base of the trees and allow rot fungi to enter and reduce the quality and value of the standing timber. Fire can affect wildlife directly through injury and mortality; however the most profound effects of fire are caused indirectly by altering wildlife habitat. A very hot wildfire that destroys extensive areas of natural forest or burns up natural prairies can have a negative effect on wildlife. However, this does not imply that any burning by agriculture or forestry has the same negative effect. To the contrary, wildlife researchers have shown that there must be equilibrium between fire and certain species of animals. Cattle ranchers practice burning and this has been shown to improve the forage on their grasslands. Biologists who are specialists on wildlife ecology also make prescribed burns to improve the habitat for fauna 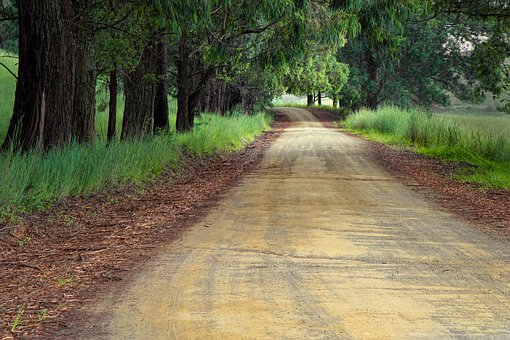 Ironically, despite the positive effects of controlled or prescribed burning, prohibition of all types of fires has been the traditional fire policy of many governments; my own Nigerian inclusive. Large-scale wildfire disasters which occurred in the past years, may have been less severe and extended if national fire management capabilities had been developed. It is now being realized many of those associated with fire protection efforts that the total prohibition of fire leads to accumulations of combustible materials and this can increase the threat of large and damaging fires. According to FAO (2006), to minimize the accumulation of fuels, policies are being reviewed, and in some cases, modified to allow controlled burning as a forest management tool in order to remove the accumulation of fuel loads that would otherwise lead to damaging wildfires.
In conclusion knowledge and understanding of fire effects is important for land and forest managers including environmentalist. Fire is a fundamental process of ecosystems that managers are challenged to address in order to meet resource and ecosystem management goals; land managers use fire to achieve beneficial effects and avoid unwanted results via-a-vis loss of lives, properties and environmental problems.

Congratulations @gentleshaid! You have completed some achievement on Steemit and have been rewarded with new badge(s) :

Congratulations @gentleshaid, this post is the forth most rewarded post (based on pending payouts) in the last 12 hours written by a Newbie account holder (accounts that hold between 0.01 and 0.1 Mega Vests). The total number of posts by newbie account holders during this period was 2318 and the total pending payments to posts in this category was $670.19. To see the full list of highest paid posts across all accounts categories, click here.