The Science of Holes

"Holes", that part must have got you thinking right? Well, it made me think too. But then, i dont mean holes dug in by human effort or holes caused by the absence of an electron, this post is about something totally different from those. Well lets dive in shall we?

Overtime science has evolved dramatically and is still improving. New trends have been developed (a car was recently launched into space) and more are still under development. However, one area of science that has constantly intrigued my mind is the science of holes, two of them in particular; the BlackHole and the Wormhole. A blackhole is a region of spacetime having unusually strong gravitational effects that nothing (not even light) can escape from it. Well, the gravitational force in the blackhole is massive enough to trap electromagnetic radiations which have travel speeds of 3.0 x 10^8 m/s. The term black is associated with the fact that the hole acts as an ideal black body, emitting and reflecting no light. 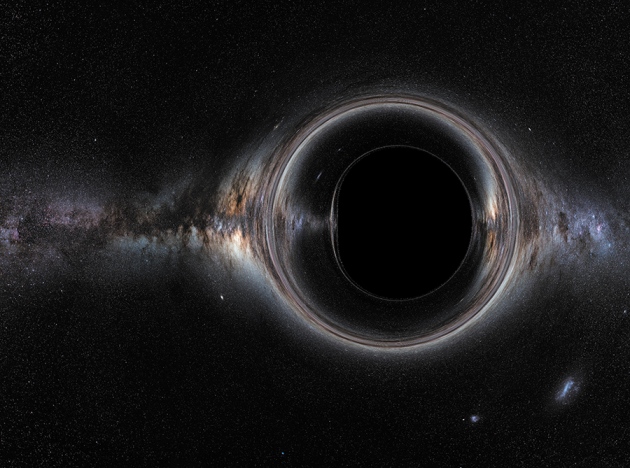 Blackholes are formed when stars of high density burns all its fuel and collapses into itself. The result is a region of high compression having high gravitational pull. The event horizon is the boundary in space-time beyond which matter can only proceed into the blackhole, this is the point of no return in the blackhole.

An object in this region is constantly attracted into the blackhole until it gets to the singularity, a region of infinite density, in which it is crushed into infinite bits and pieces. Fascinating, huh!!!

Also called Einstein-Rosen bridges, wormholes are theoretical passages that could potentially create a shortcut between two points across a universe or between two universes in a multiverse.

Einstein predicted their existence through his theory of general relativity, however no wormhole has been discovered, not surprising though as it would be amazing seeing a region that constantly defies the space-time continuum and is in effect a time machine. 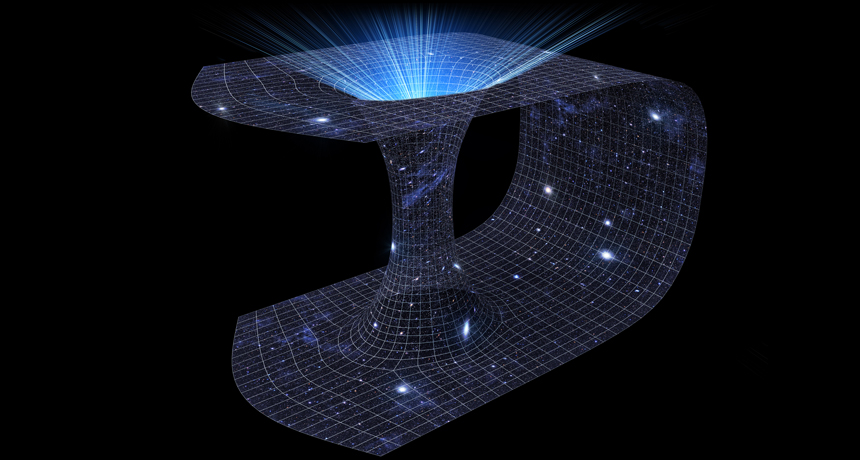 The wormhole contains two openings(mouths) with a passage or tunnel called throat connecting them. The tunnel direction could be vertical or horizontal or curved. Some solutions of Einstein's general relativity equations allow for the openings of the wormhole to be a blackhole which of course leads to more speculation on how to travel within the wormhole knowing very well that nothing escapes from a blackhole.

The wormhole is very unstable and this poses a major problem when traveling through it. Extra internal matter, forced in through one opening may cause it to collapse due to its instability. To travel through the wormhole, both ends must be kept open using some sort of exotic matter which is purely theoretical and is in no way dark matter or anti matter.

These two phenomena of physics leaves a lot to abstraction. Hopefully in the nearby future, there will be technological advancements to clear some doubts and either prove or reject some theoretical concepts.

As i end this post, i leave you with this to ponder on:

What if our Solar System and Universe as a whole are all inside a GIANT BLACK HOLE?