During a televised sporting event, a "high five" is commonly shared between fans to express the joy and excitement of a touchdown, home run, game-winning basket, birdie or other positive occurrence. Unfortunately, as known in the art, a "high five" requires the mutual hand slapping of two participants, wherein a first participant slaps an upraised hand against the elevated hand of a second participant.

As such, a solitary fan is unable to perform a "high five" to express excitement during a televised sporting event. 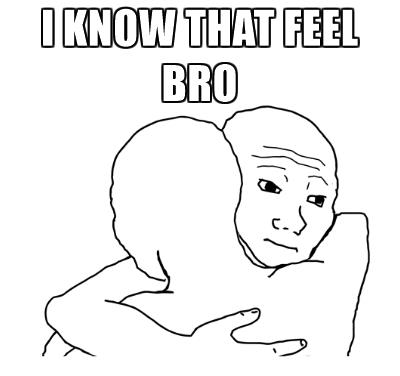 In order to avoid the disadvantages of the prior art, the present invention provides a pivotable, self-righting hand-arm configuration for simulating a "high five" when struck by the hand of a user.

In response to the impact of a user's hand against the attached, simulated hand, the lower arm portion is pivoted about the elbow joint, and subsequently returned to its original, vertical orientation against the pivot stop element by the opposing force of the biasing element.

As described above, the hand-arm configuration of the invention allows a user to simulate a "high-five" in celebration of a positive event, thereby providing the user with a convenient outlet for the release of excitement. Further, the hand-arm configuration synergistically improves the hand-eye coordination of a user and/or, depending upon specific placement, provides an exercise device for enhancing the jumping skills of a user. More specifically, when the hand-arm configuration is mounted at a sufficient height above the normal reach of a user, the user must jump upwards to strike the simulated hand, thereby simulating many of the jumping drills commonly practiced by basketball players. As such, the leg strength and coordination of a user may be improved through the practice of the present invention.

The present invention may further incorporate a sound system, comprising a miniaturized, battery operated sound generator and speaker, for outputting a predetermined or user selectable sound in response to the striking of the simulated hand. A wide variety of output sounds may be provided, including the cheer of a crowd or the voice of a specific player.