anibalmdz (46)in #steemstem • 4 years ago
Hi there, I have been reading some news about diferents devices that now can be charged without cable (cellphones, electric cars, etc) making things better, which is a great invetion who could say it is not, but I am not agree when people say that this is a new invetion when really it is not.
Actually wireless power transfer was discovered by Nikola Tesla in the 1890s, however it is only in the last decade that it has started to be used. In particular, in the electronics market, where there are devices which can be charge by induction (wireless charging), this change the way we can charge millions of devices every day.

Picture 1. Nikola Tesla.
Wireless Power is commonly known by many terms, including Inductive Power Transfer (IPT), Resonant Wireless Power, and Resonant Power Transfer. Each of these terms essentially describe the same process the wireless transmission of electricity or energy from a power source to an electrical load, without connectors, across an air gap.

How does wireless power work?

In the image below can be seen this process into four steps. Picture 2. Diagram of how wireless power works.
Well, Now the real question is: Why this was not used long time ago?, or almost when it was desmotrated in the 1890s. The answer is easy, we are human and most of us just want to make money without care about other or the whole world in this case. The fact is that Nikola Tesla had amazing ideas, he was admired even by Einstein but he had no money to make his ideas come true and depended of investor like J. P Morgan to do this. Just because most of his projects did not appear to be lucrative they did not come true even when the world could be better with them. Tesla wanted to use this technology to give free wireless energy to the whole world. can you imagine that?, How would be the world nowadays.
Tesla made a lot of experiment with this technology and in one of them he could transmite energy in a wireless way almost through 2 kilometers. Tesla wanted to amplify the range with bigger electricity generators and a bigger Tesla coil what is know as Wardenclyffe Tower project and part of this project once the tower were finished and working, build a whole city around the tower and this city will be energized just by it. 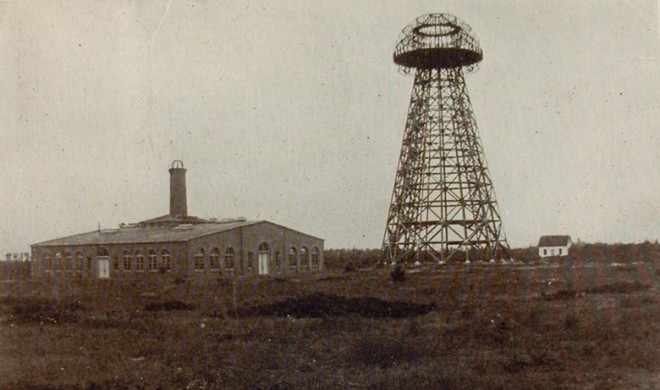 Said by his own words:

My plans for a power plant have been developed to the point of application, but I am still unable to say when I shall begin active work. There are no such difficulties in the way as confronted me from the outset, for at that time I was alone; now many are convinced that my undertaking is rational and practical. Needless to say that I am using every effort to give to the world my best and most important work as soon as possible and free of all blemish and flaw. I have in view a number of places which seem well suited for the purpose, but my warmest wish is to transmit power from Niagara Falls, where the first triumph with my alternating system was achieved.

One of the most important uses of wireless energy will be undoubtedly for the propulsion of flying machines to which power can be readily supplied without ground connection, for although the flow of the currents is confined to the earth an electro magnetic field is created in the atmosphere surrounding it. If conductors or circuits accurately attuned and properly positioned are carried by the plane, energy is drawn into these circuits much the same as a fluid will pass through a hole created in the container. With an industrial plant of great capacity sufficient power can be derived in this manner to propel any kind of aerial machine. This I have always considered as the best and permanent solution of the problems of flight. No fuel of any kind will be required as the propulsion will be accomplished by light electric motors operated at great speed. Nevertheless, anticipating slow progress, I am developing a novel type of flying machine which seems to be well suited for meeting the present necessity of a safe, small and compact “aerial flivver” capable of rising and descending vertically. (Nikola Tesla October 16th, 1927).

Finally what I just want you to know is who Nikola Tesla was, considered the best scientist of all time, a brilliant mind who was able to give life to hundreds of inventions and all this just for the great ability of tesla to understand the nature of things.

1. Wireless Power
2. World System of Wireless Transmition of Energy
3. Nikola Tesla and his Work in Wireless Energy and Power Transfer
4. Inventions and experiments of Nikola Tesla