The silent killer: hepatitis the prince of death

Note: This article is purely based on research and no medical knowledge was used. 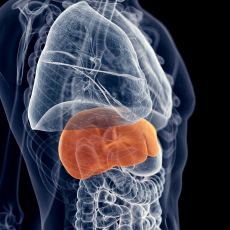 Hepatitis is simply inflammation of the liver cells. As simple as that definition sounds it is more complicated than it sounds. I am sure many have heard the name hepatitis but don’t really have deep knowledge about the issue of hepatitis has become so alarming that it is taken with levity it is as much deadly or deadlier than HIV. Hepatitis is responsible for more sudden deaths than HIV when both are being compared because most only focus on HIV as its much advertised as an incurable virus. Hepatitis could be prevented or cured but the fact that people have ignored or not focused on their health care has motivated me to make this research and share. hepatitis attacking the liver
This is a type of virus which attacks the human liver when it gets into the blood tissue. Hepatitis as deadly as it is in recent years has claimed the lives of so many ignorant people in the world it is caused by several things. Hepatitis virus is the most common type of hepatitis in the world, but it could be caused by other infections, autoimmune or toxic substances. Depending on how long it lasts hepatitis could be chronic or acute. Hepatitis could be cured on its own or could end up progressing into chronic and to acute liver failure.

The history of hepatitis is so wide, I could write series of posts on it but here is a brief history of what I prepared.

The history of the silent killer, hepatitis goes back several millennia. Information from the Chinese literature already referred to the occurrence of jaundice among its population for more than five thousand years. Writings of Hippocrates, who probably lived 300 to 400 years before Christ, historically reveal that: Jaundice would probably be of infectious origin and the problem could be in the liver; the accumulation of fluid in the abdomen (ascites) could be caused by some chronic disease in this organ. 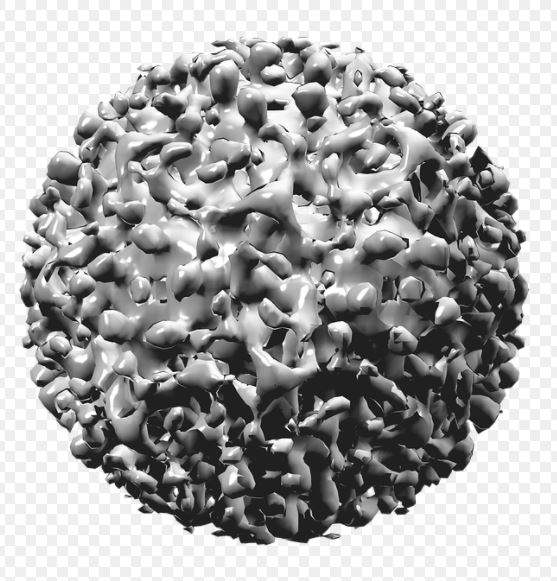 In the year 752, a letter from Pope Zacharias to St. Boniface, Archbishop of Mainz (Germany), reports an outbreak of contagious jaundice among residents of the city. He also reports that he recommended quarantine to jaundiced residents to avoid the disease. Epidemics of jaundice were known during the war of the Austrian Succession (1743), of Napoleon in Egypt (1798), Franco-Prussian (1870) and American Secession (1861-1865). During the War of Secession American, more than 40,000 soldiers of the Union armies were documented.

Before the nineteenth century, reports on the history of hepatitis in Brazil were scarce; however, in the museum of Porto Velho - Rondônia, now deactivated, was a funerary made by the Indians who inhabited this region in the period of discovery of Brazil, that is, more than 500 years ago. The funerary of baked clay represented a native belonging to the Indian family and reveals from the medical point of view some signs and stigmas of hepatic cirrhosis, such as ascites, belly button with increased abdominal volume (an umbilical hernia), gynecomastia and spider veins. Would it be the first anthropological record about the hepatic cirrhosis disease of probable viral etiology in Brazil?

It was only in the eighteenth century that the term hepatitis was first introduced by Bianchi JB, in the classic scientific work called Historia hepatica which was published in 1725.In May 1735, three dignitaries of the Paris Academy of Sciences left the city light bound for City of Quito (Ecuador) on an expedition. The purpose of this expedition was to verify the shape of the earth. Several members of the expedition died of tropical diseases, mainly malaria. One of these dignitaries, named Michael-Marie de La Condamine, returning from Quito, entered the Amazon River, passing through the Fort of São José da Barra do Rio Negro (Manaus), with the destination being the City of Cayenne (French Guiana) and later Paris, in 1745. The trip from Quito to Cayenne by the Amazon River, lasted approximately four months. Upon arrival in Cayenne, and according to his report, he presented all the signs and symptoms of acute icteric fever, which we supposed to have been a picture of acute hepatitis caused by the hepatitis A virus.

Acute hepatitis most times have no noticeable symptoms. It might not be easy to realize that you have it. But when symptoms do materialize, some can include:

Chronic hepatitis may sometimes do not have any obvious symptoms until the liver stops working properly (liver failure) and may only be discovered by blood tests. So, it’s possible a patient suddenly develops a liver failure and dies after few months and you wonder how. HEPATITIS might just be your answer. Hepatitis can be caused by a plethora of thing and its causes can be divided into the following major categories: infectious, metabolic, ischemic, autoimmune, genetic and other infectious agents include viruses, bacteria and parasites, toxins, drugs, and nonalcoholic fatty liver disease are metabolic causes of Hepatitis.

The forms of viral hepatitis include:

Viral hepatitis is the most common type of hepatitis worldwide. Hepatitis A, B, C, D, and E are caused by different viruses. This is our focus in this research because it’s so common your partner or neighbor could be infected. (Sorry about that)

The liver can be infected by parasites which can activate an immune response, resulting in symptoms of acute hepatitis. Protozoans such as Trypanosoma cruzi, Leishmania specie, and the malaria-causing Plasmodium specie can cause liver inflammation. Fasciola hepatica* and Clonorchis sinensis are known liver flukes and live in the bile duct these organisms can cause progressive hepatitis and liver fibrosis.

The various forms of metabolic hepatitis include:

Excessive alcohol consumption is a significant cause of hepatitis and is the most common cause of liver cirrhosis in the United States of America. Hepatitis occurs in 10-20% of alcoholics after years long of exposure. Officially, intake of alcohol more than 80grams in a day for men and 40grams a day in women is linked to alcoholic hepatitis.

Many chemicals, including drugs, industrial toxins, herbal and dietary supplements can cause hepatitis. Toxins cause both viral and chronic hepatitis. Different drugs can cause liver injury including the analgesic paracetamol; antibiotics such as nitrofurantoin, amoxicillin-clavulanate, erythromycin, and trimethoprim-sulfamethoxazole; steroids like oral contraceptives and anabolic steroids; and highly active antiretroviral therapy used in HIV/AIDS. Amoxicillin-clavulanate is the most common cause of drug-induced liver cirrhosis in the United States and Europe. Herbal remedies can also cause drug-induced hepatitis and is the most common cause of drug-induced hepatitis in Korea. 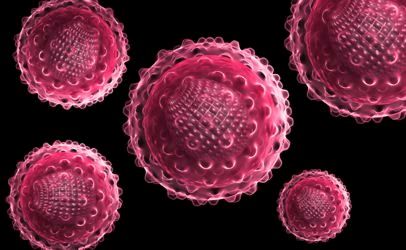 Hepatitis A is a type of liver disease caused by the hepatitis A virus. The virus is mainly spread when an uninfected (and unvaccinated) person comes in contact with food or water that is contaminated with the feces of an infected person. The disease is closely related to poor personal hygiene, poor sanitation, and unsafe water or food. Hepatitis A infection often does not lead to chronic liver disease and is rarely fatal, but it can cause debilitating symptoms and acute failure, which is often fatal.

Hepatitis A occurs worldwide and is one of the most frequent causes of food-borne infection. It persists in the environment and is resistant to food production processes routinely used to control bacterial pathogens. The disease can lead to substantial economic and social consequences in communities with infected people. It can take weeks or months for people recovering from the illness to get back to work.

Transmission Of Hepatitis A

Hepatitis A virus is transmitted primarily by the fecal-oral route, that is when an uninfected person swallow food or water that has been contaminated with the feces of an infected person. An infected person can transmit the infection to his/her family through cooking with dirty hands. The virus can also be transmitted through close contact with people although casual contact doesn’t spread the virus.

Who is at risk?
Anyone who has not received the vaccination or previously infected with hepatitis A virus. The risk is greater in areas where the following is prevalent:
o Poor sanitation
o Lack of safe water
o Living in a household with an infected person
o Being a sexual partner of someone with acute hepatitis A infection.

Diagnosis Of Hepatitis A

It is not clinically distinguishable from other types of acute viral hepatitis. Specific diagnosis is made by the detection of HAV-Specific Immunoglobulin G (IgG) antibodies in the blood. Reverse transcriptase polymerase chain reaction (RT-PCR) is an additional test that can be used to detect hepatitis virus RNA and may require specialized laboratory facilities.

Treatment for hepatitis A It does not have a specific treatment. Hospitalization is not necessary for the absence of acute liver failure. Infected persons should be made as comfortable as possible. It can be prevented with the use of widely available vaccines like Havrix and Vaqta. Almost everyone fully recovers from the infection with a lifelong immunity.

Thank you for reading stay tuned for the second episode of this series "the silent killer".

Congratulations! This post has been upvoted from the communal account, @minnowsupport, by Adetola from the Minnow Support Project. It's a witness project run by aggroed, ausbitbank, teamsteem, theprophet0, someguy123, neoxian, followbtcnews/crimsonclad, and netuoso. The goal is to help Steemit grow by supporting Minnows and creating a social network. Please find us in the Peace, Abundance, and Liberty Network (PALnet) Discord Channel. It's a completely public and open space to all members of the Steemit community who voluntarily choose to be there.

The @OriginalWorks bot has determined this post by @adetola to be original material and upvoted it!