Finishing this small series about Canadian dollars that were at the same time commemoratives and circulating, we will show you the other three coins that fall in this category.

All the three have the same weight 23.3g and the same 80% silver purity.

The first is the 1958 "British Columbia". It marks the centennial of British Columbia's establishment as a Crown Colony. The reverse shows a design of mountains behind a totem pole typical of Pacific coast Native Canadians.

The second is the "Confederation Conferences". It commemorates the 100th Anniversary of Charlottetown & Quebec Conferences which were to prepare for Confederation in 1867.

Both have the same portrait of Queen Elizabeth II on the obverse. 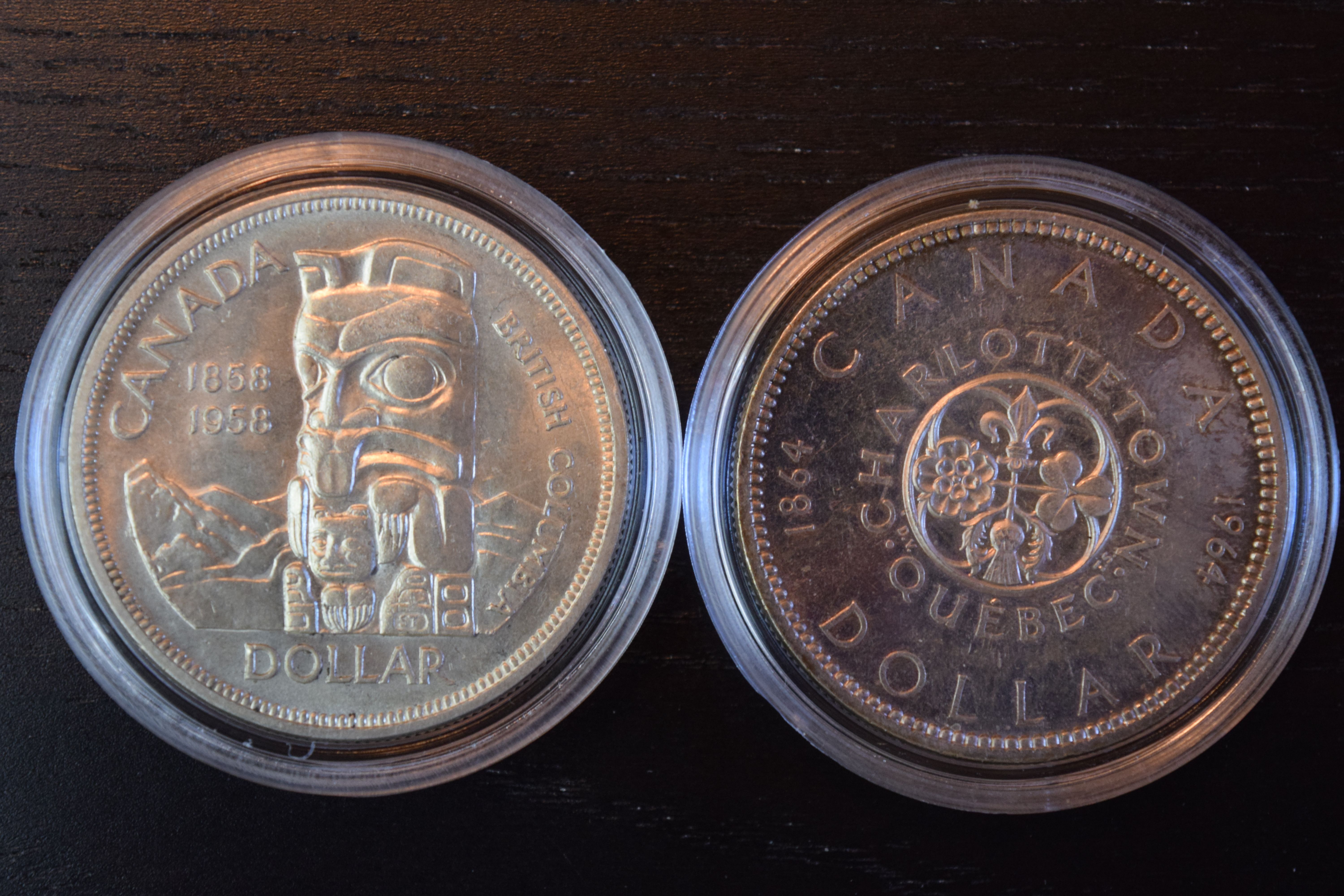 The third is the 1967 "Goose". It commemorates the 100th Anniversary of Canada Confederation. This year all the Canadian circulating coins depicted a different animal on their reverses. The goose was on the dollar reverse.

Notice that the Queen's portrait is a different one. 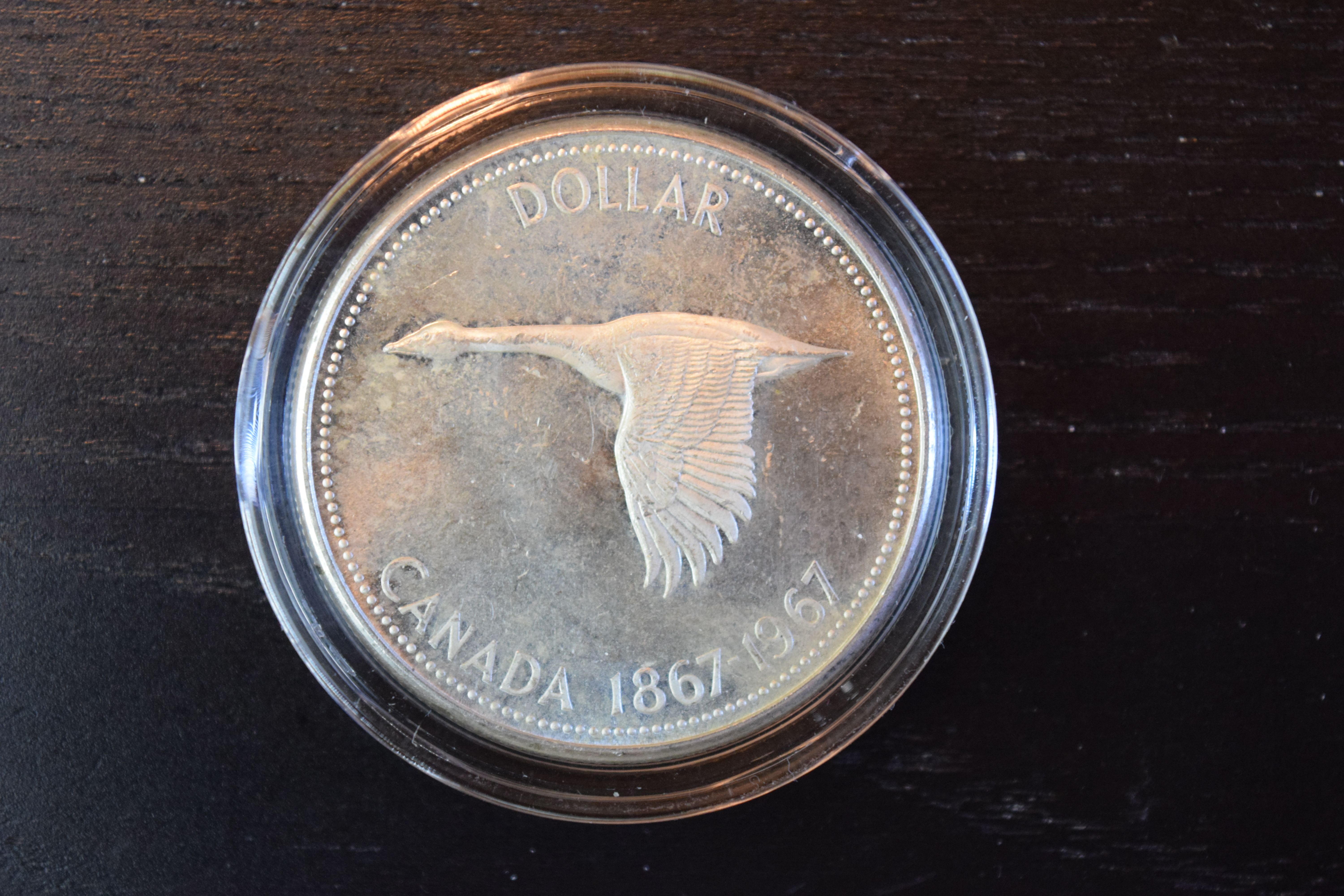 I hope you have enjoyed this article.

Did you get the 2017 1oz “Voyageur” bullion coin while you were here?

I bought it last November at VGBE. Beautiful round!

I have used the "Death Dollar" as my avatar for a few years now ! My favorite by far !!!!

Yes, it is different and typically Canadian.

Old dollars is good dollars! I love stacking the 80% dollars more than any other silver!

Me too, but I hardly ever find them anymore! You must be buying them all up! One of my favorites is the King George .925 half dollar.

Really cool coins. I have a few of the goose but still would like to get the other 2 coins. You have an awesome collection!

Lol I should definitely get that charlotte town piece for my girl hahaha that’s her name... nice coins buddy

You find it easily on Ebay and, depending on its condition it is not expensive, just a little above spot.

Thank you. You are always welcome.

Wow, those are really nice. I like old Canadian coins a lot they are kind of exotic to me, I don't come across them too often. The totem pole on the reverse is my favorite.

As my daughter is now living in Canada, I took a greater interest in Canadian coins.

This post has received upvote by @bestboom!
|| An upvote service which gives 2.5x return ||

We apologize for the continued delay of our upvotes. We’re working hard to obtain more SP to keep up with all of our amazing Thunder Supporters. Thank you for your continued patience and support! You are the lightning to our THUNDER!