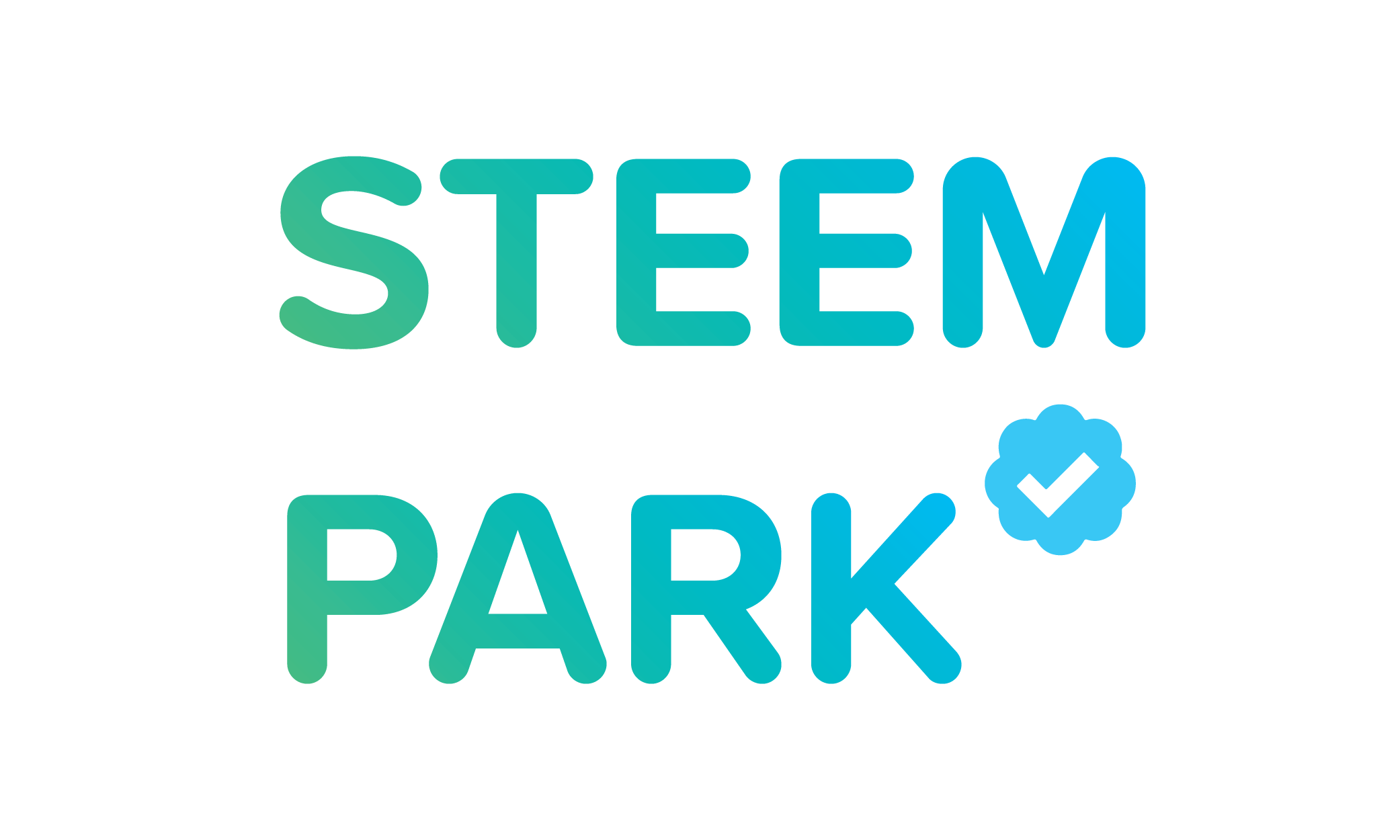 Last week, we broke down each major segment of the STEEM Park film in our director's cut to contextualize the project for those within Steemit and a broader global audience. Although the physical portion is complete, we have many plans to continue the project's momentum.

Today, we'll go through a number of ongoing endeavors related to STEEM Park and even ways that you can help contribute to the further impact of this project.

One majorly exciting development in the last few months is the official embrace of the Herbert von King Park Conservancy (who hosted the STEEM Park project) of Steemit and STEEM. Sndbox fellow @mintvilla has a dedicated account that focuses on landscape architecture and specifically fundraising efforts for more conservancy assets. 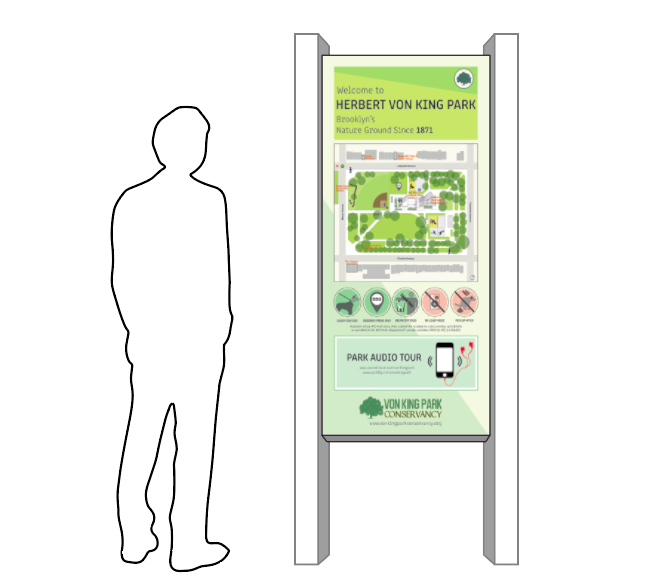 One soon to come is her signage project which will be the park's first ever visitor welcome panel. It will package the park's site plan, a concise illustrated history, list of assets and resources, and even a custom-made audioguide that features the narration of current community members. Be sure to follow @mintvilla as she strives to STEEM-power more cultural assets for Brooklyn!

Immediately after the completion of STEEM Park, a number of KR Steemit members decided to take on the torch and launch a local version of the campaign. Since the initial weeks of brainstorming in August, Korean all-stars @roychoi and @successtrainer launched a full-fledged STEEM Park KR project, this time aiming to install a new public mural for the Seoul Forest (서울숲) Conservancy. They brought together a diverse team of organizers, designers, and volunteers to create what will undoubtedly be a cultural asset for years to come. 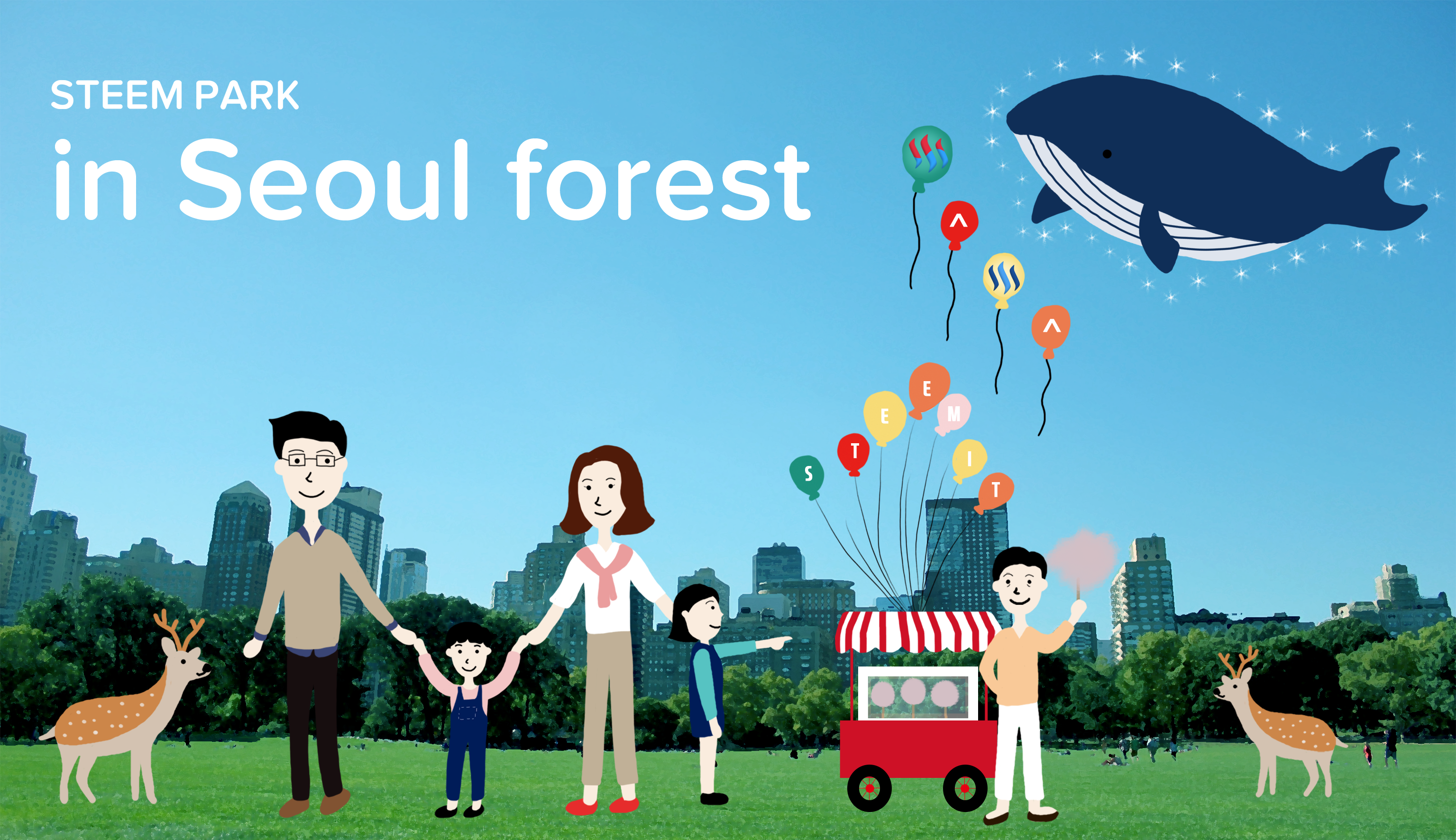 Much was learned from watching their specific process. For example, the team brilliantly combined donations with a tiered prize system where contributors would receive a personalized wooden fish, its size corresponding to the monetary amount – small donations would be “minnow” sized, next dolphin, and of course a whale. These carvings would be integrated as part of the mural for a while and then distributed to their respective donors. It cannot be understated how difficult it is to pull off a grassroots effort like this in South Korea as well. Parks are fully under the purview of government conservancies and public-run programs or contributions are almost non-existent. Not only was this a completely crypto-funded endeavor, it also marks one of the first community contributions in the area. 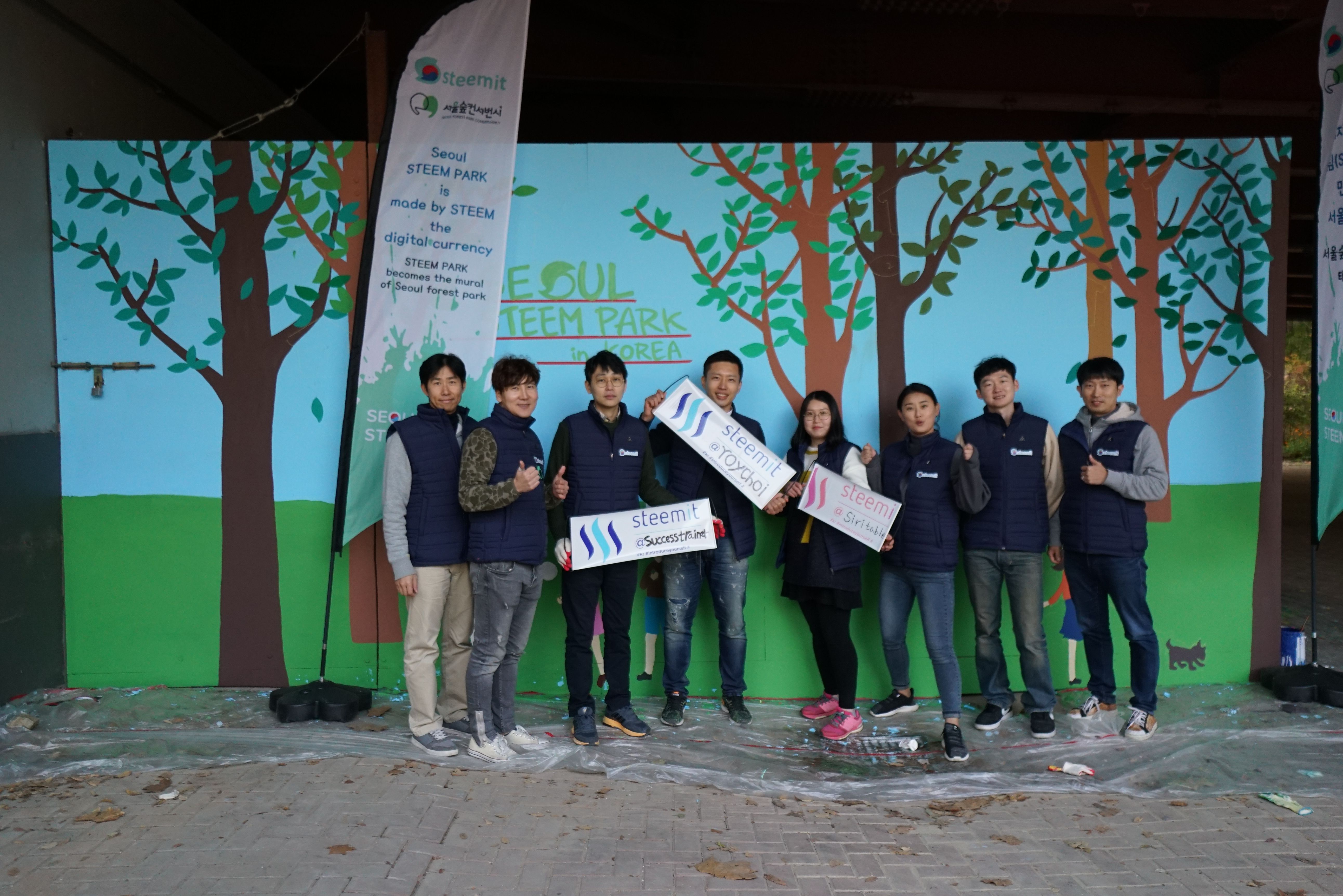 Since this all started, many other community leaders and creative professionals have contacted us to potentially pursue a version of STEEM Park in their locale as well. We are fully supportive of these initiatives and we're excited to see what these conversations entail worldwide.

In many ways the impact of this film and illustrating the potential of STEEM + Steemit is a numbers game. We welcome you to share the Youtube link and Twitter handle with anyone you think would be interested in monetizing their ideas, content, and overall ambitions. One of the highest and ongoing goals of @sndbox is to create an ever-growing portfolio of compelling physical projects that unequivocally display the power of cryptocurrencies. We encourage the broader Steemit community to use the film (for their own endevours) and as a resource to illustrate what can be built through the power of our online community.

"Since this all started, many other community leaders and creative professionals have contacted us to potentially pursue a version of STEEM Park in their locale as well."
It all starts with one! Great work.

Exciting work and projects ahead! For those around Seoul, the opening is November 18th!

I am working on some ideas to do some artcycling projects along the bike path making public art installations that are wind powered air compressors kinetic sculptures the air is free to use to air up tires on your bike. Also build in a small 3d printed electric motor connected to a 3d printed turbine and it can charge a cell phone or iPad. The wind captured in the tank can also flow through a wind instrument to make it a public instrument you play with captured wind as it charges up the cell phone and airs the tires for free. After having low tires out on the path this is a welcome thing.
I am in the idea phase of the project and the parts are becoming clear I thank you for inspiring me to see a way to create public works of art to benefit others. I have much work to do to pull off something like this the result will be pen source plans on how to replicate them to add to the steem parks.

i saw the park photos some time back. park is well maintained. and the organizers must be congratulated. novel ideas. happy to see again.

This is quite interesting. It makes sense looking at it. Having a virtual and a physical space.

Well my wife was talking about taking a trip to New York next year.....

...And the Park keeps on giving, growing a garden beyond all borders...

Thanks a lot for sharing the updates, news and information. Namaste :)

Thanks so much for reading, watching and supporting Eric! :)

In our case, I am glad to read that it is a reciprocal gesture and it is greatly appreciated too.

Much blessings your way, namaste :)

We waiting a London One ;)

This is simply awesome dude, thumbs up to these guys who are working behind it :)

Thanks for letting us know!

Can't wait to visit in the spring time! We're up in Buffalo :)

Wow this is so brilliant!

https://steemit.com/steem/@theoccultcorner/i-accidently-posted-the-same-shit-twice hello there! check out my posts and please give an upvote and follow! thank you very much.

All this Steem community and initiatives are completely new to me, but I confess I'm starting to love it.
Until I know a little more about this Steempark projects all I can say is thank you guys for making by your own means and determination the world a better place to live.

Keep on and Steem on! 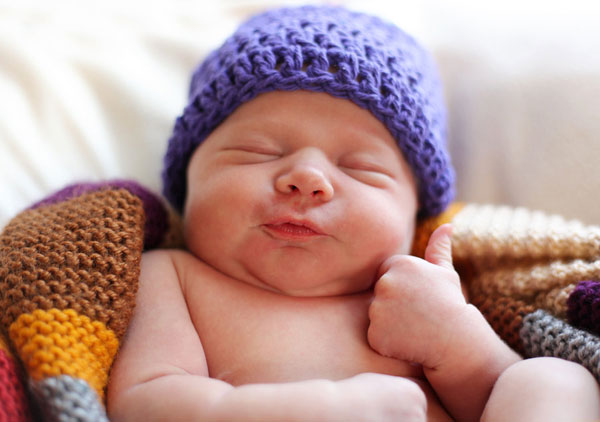 Can't wait to see other parks you guys do

This is a really great projevt

GREAT WORK keep it up

you are great fellows! more would be kind people like you!

Great work @sndbox. excited to see what the future holds for you.

Hi guys am new at this and I think this is a nice concept.. Hoping to organise one someday.

Great work have upvoted and will also follow just to see where this all goes.

Wow, I had no idea that something like this was happening. Great work you guys!

Good to know!! Thanks!

Can't wait to see the STEEM Park in Seoul

wow this is nice @sndbox

Great job. This shows the power of steemit. Keep it up.

What an incredible project! I really enjoyed the documentary. Very well done!

Thanks so much for the kind words @ericvancewalton! We're thrilled you enjoyed the doc :D

such great news that there will be a string of Steem Parks and I agree that the Seoul Steem Park is a formidable accomplishment - kudos to that team!

This is amazing! Never tought that something like this could happen! I so excited about it!

thanks for sharing. My First read in steem :)

Thanks for sharing, enjoy the vote!

Thank you for this update

Keep up the good innovative work !

This is awesome, i hope will come on my country :)

I’m also a new steemit user and you have my follow.

wow i like your post...but
bcak me vote and comments plzz