For this edition of SteemitJam, I was not up to the challenge. My submission failed in multiple ways.

Ant Acidity was supposed to be a Worms-like turned-based artillery game with ants.

The theme was 'Different perspective'. A hard theme, but there's a lot to work with it. I thought about ants and how they had a different perspective of size. I wanted to exploit the theme by making small real life objects (such as cans and leafs) very huge on the map.

Unfortunately I was moving this weekend and it took more time to move than I thought. I was pretty much unavailable the whole jam which resulted in very little done compared to my two previous entries.

The only thing that was done was destructible terrain. Collision and physics for ants and projectiles are unfinished.

The only mechanic that was made was destructible terrain. It only supports land or air. 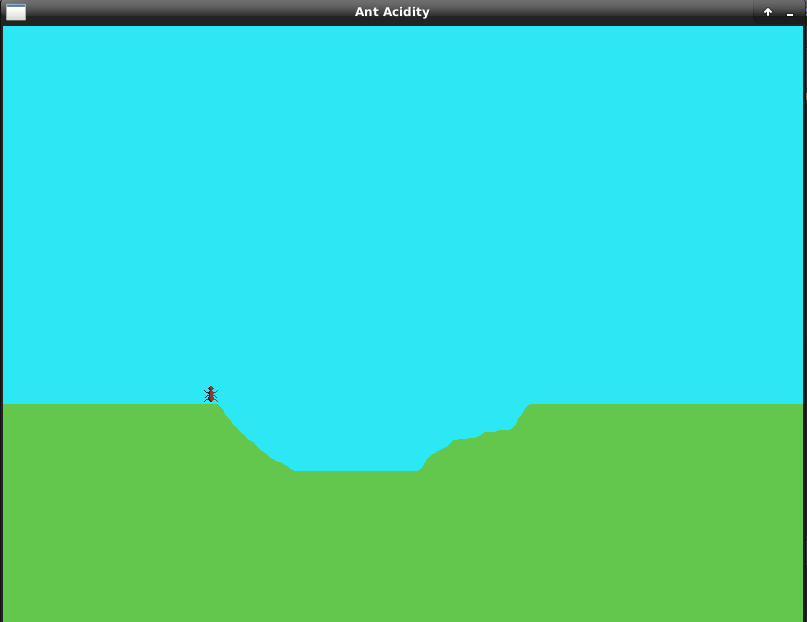 The terrain is easily drawn by using colors from an other image, instead of changing data in arrays, I just repainted the image and regenerated the terrain. An easily drawn map using two colors : black for the sky and white for the land. 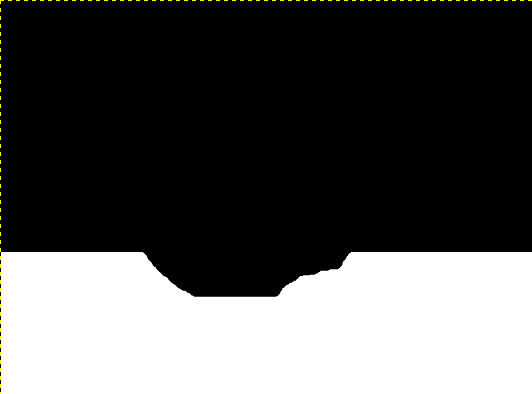 With this terrain technique it's easy to create something interesting! I obviously wanted to expand a lot more on this, the terrain could have been generated randomly at the start. Ants could have had weapons to drill into the terrain. Adding water would have also been a nice touch.

Hopefully in the next SteemitJam I will have more time and I will have another decent submission like my last two ones!

Ya, this steemitjam was bad timing for both us. I'm considering making something outside of the time constraint. Why not, right?

Of course it's fine! The point of SteemitJam is to create something!