Pug Bee is in the Game - Steemit Jam

Hi
I have been working on my game for Steemit Jam and it has become clear I picked something too big for this timeframe, even with restricting it to being a mini-version of what it could ultimately be, so I'm not going to have a final product by the end of this gamejam, but I'm not unhappy. I have started making a game which I feel pretty confident about (just not in my ability to finish it tonight / early tomorrow) and I will be continuing to make it and making non-gamejam game dev and art posts about it. It also meant I have put my one of my characters that I intend to animate into Anime Studio which is something I have been meaning to do for a while so it has put me ahead in that regard too which is nice.

I have been making sprites of Pug Bee walking. To do this I used Anime Studio Pro 11. I took a png of my current Adobe Illustrator version of Pug Bee and put it onto a layer as a reference. 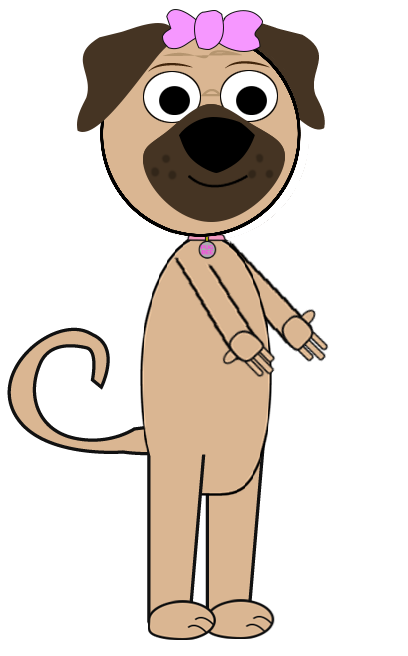 There is also a photoshop version of her too and in the video I made with her, I animated her using Adobe Character Animator. You can find that video here:

I then created the artwork for the Anime Studio version of her using the Anime Studio draw tools. The shapes needed to be slightly different due to what works best when actually animating within the program and I also decided to change her outline from black to another brown colour. I am keeping this as her look from now on and will updating the other versions to match.

Anime Studio is a puppet based animation software which means you make the art and then rig it with bones. You have a timeline down the bottom and you set the bones in one position at one point on the timeline and move them to another at different frame on the timeline and Anime Studio works out the frames in between. Archer is a show that uses puppet based animation, though it is a different program that Archer uses. There are some YouTube series though that use Anime Studio including Jay's Life and Barry's Tales (both of these are adult cartoons).

Here is a picture of Pug Bee in Anime Studio showing bones: The red bone in the picture is a child of the blue bone in the picture. The red bone is selected but if there is a parent, Anime Studio always indicates the parent bone by making it blue. The circles around the bones are the strength of the bones which affects the influence it may have on other bones. However, to make a character you typically pull it apart, put bones in it and set the bone strength etc and then use a tool called Offset Bone to re-put the character back together and this makes the effect of bone strength much less problematic in terms of the negative consequences such as a bone moving closeby art that you don't want it to move, which makes the character a lot better for animating. There is the option of region binding and flexible binding and I chose regional as it is more controllable and more limited to the areas of influence you created via bone strength and pulling apart the character.

This is a final version of her standing still:

I also have a video of her walking forward:

From these walk cycles I saved pictures of the position at various frames, which I then took into Unreal and turned into a flipbook which basically makes an animation for that movement. I then started fiddling with assembling a level, putting my map that was in the previous post, but I will show again in:

I then put a couple of Pug Bee's in and some lights but I don't really know what I'm doing with the lights so I don't have that down pat yet.

This is what I currently have: 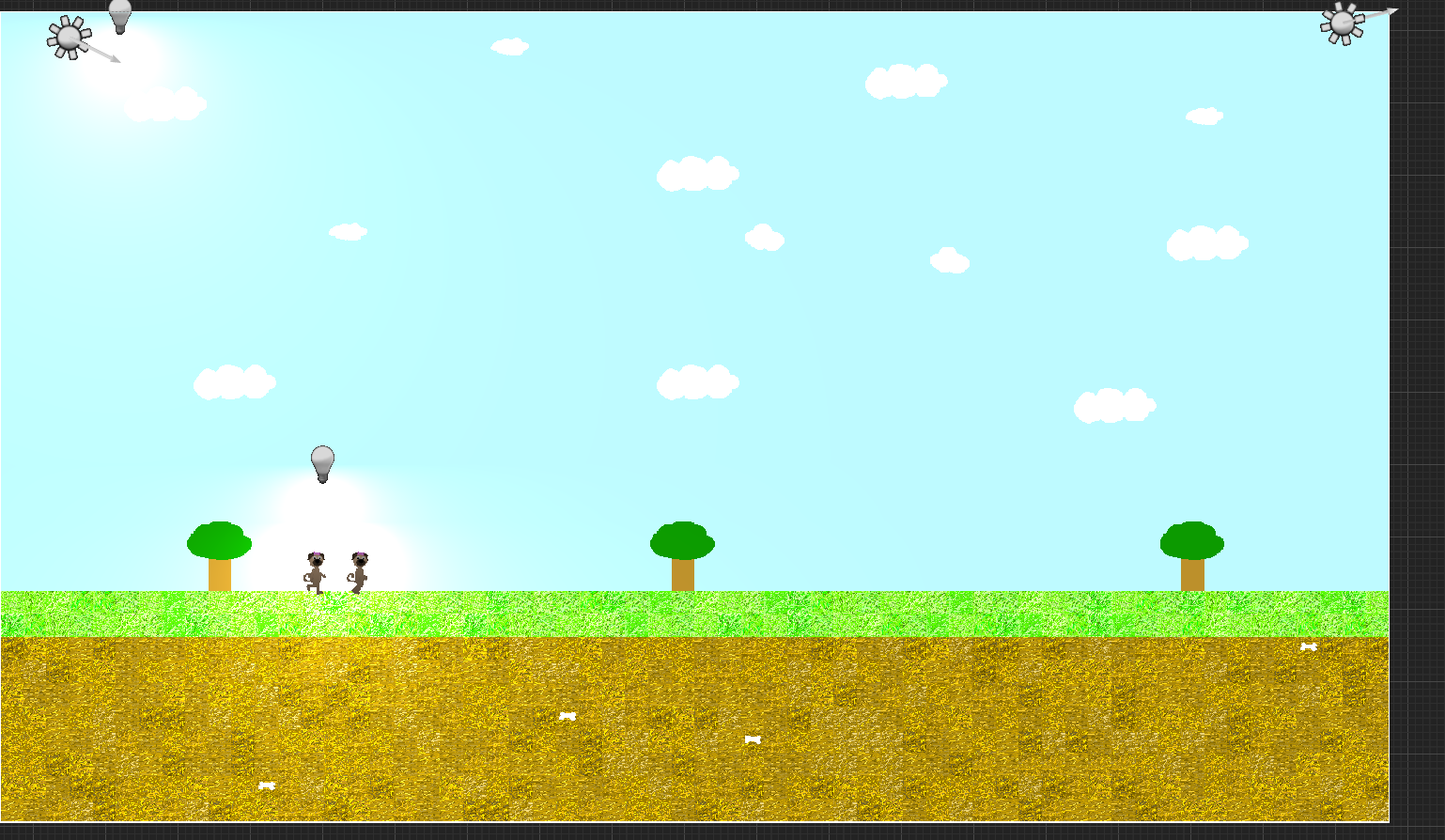 The walk cycle is not as smooth as it could have been as I now realise the flipbook was likely just putting the pictures together. I thought it would work out the difference between the frames like Anime Studio Pro and I thought it might do better so I put most of the individual frames from Anime Studio Pro in there but not all but that just meant those frames were lost. This was the shorter part of doing this so I may yet go back and make another flipbook with all of the frames.

Right now the game is not playable. I have tried right clicking and pressing "Play from Here" out of curiosity but this is all that happens:

This was not quite the result I was hoping for. I'm not concerned because I'm guessing I'm just not at that point yet, but when I saw that I thought I could try being in my admittedly quite boring atm level, but nope.

This is about where I am at the moment, but I have ideas for this game and I have enjoyed the SteemitJam so far. I won't have a complete playable game by the end of this game jam but I have started to make a game and I have ideas for this game and I'm quite excited about continuing on with it and I wouldn't have done this, at least not yet, if it wasn't for the SteemitJam. I have wanted to make a game but I wouldn't have started now or even known what engine I would use and now here I am partway through making something. I am going to continue working on this and I will share the odd update with everyone on here. I want to thank @loomy for running this because I may have bitten off more than I could chew in this timeframe and I may not have a finished game but I started using Unreal and started making a game and I have had fun and I look forward to making this game a complete game. The SteemitJam also lead to me getting Pug Bee into Anime Studio which is going to be very helpful for my animation work.

I have enjoyed this challenge so far and I will keep working on this game.
Maybe I can join a future one too if anyone does another and I will have enough knowledge and more suitable expectations and make a full game for a future one. As my first game jam and one of my first experiences with game making, this has been a great experience so far.

Well, I'm just about done talking now I think. Thank you for reading guys. I hope you enjoyed this look at my game and my art.

I really like what you have done here so far. I too have found it important, but also challenging, to translate inspiration into manageable scope for bite size projects.

Thanks for sharing your pleasure in the process too.

Thank you. It's been fun. I'll definitely be continuing on with making the game. Thanks for reading.

out of curiousity but this is all that happens: .

setting the right scope is something everyone stuggles with. even the big names! great work man.

Thanks. I'll have a look