Did you know that Adidas is an acronym for the name of its founder, Adolf Dassler?

yosethhurtado (43)in #steemiteducation • 3 years ago
Those who knew him called him Adi Dassler and he is the man behind one of the most recognized shoe brands in the world. 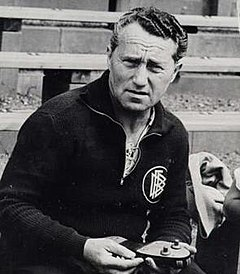 There are many interesting facts within the history of this gigantic company and about its founder. A real innovator, who during the hardest times knew how to break through adversity (His life goes on and he witnessed two events of great impact for humanity, the world war I and II).

He was born in a small town in the city of Herzogenaurach on November 3, 1900. His father Christoph Dassler worked in a shoe factory and from there he learned his skill. It is not surprising that for the year 1920, Adi decides to follow in his father's footsteps and begins to make shoes. The difficult times after the first world war forced him to settle in his mother's Laundry, he had no choice. And it is curious because he started in the same way as many other large companies have started at the time. His creativity and talent allowed him to discover that he could use materials that used to be used in the First World War, such as the tissue of uniforms and rubber of tires.

At first he started making slippers and shoes for athletics. In the year 1924 his brother Rudolf Dassler joins the business to create what at that time would be called Gebrüder Dassler Schuhfabrik (Dassler Brothers Shoe Factory). This was an important combination for the success of the company. Adi was the genius, creative and designer and Rudolf, who was characterized by his charisma and his ability to socialize with people, was responsible for getting new customers and the sales of the company.

They focused on sports, their main mission and their dream was to make the best shoe for each sport. His goal was to be closer to the athletes, it was his first principle and they were concerned to meet the needs of the sport and especially make a product last over time. 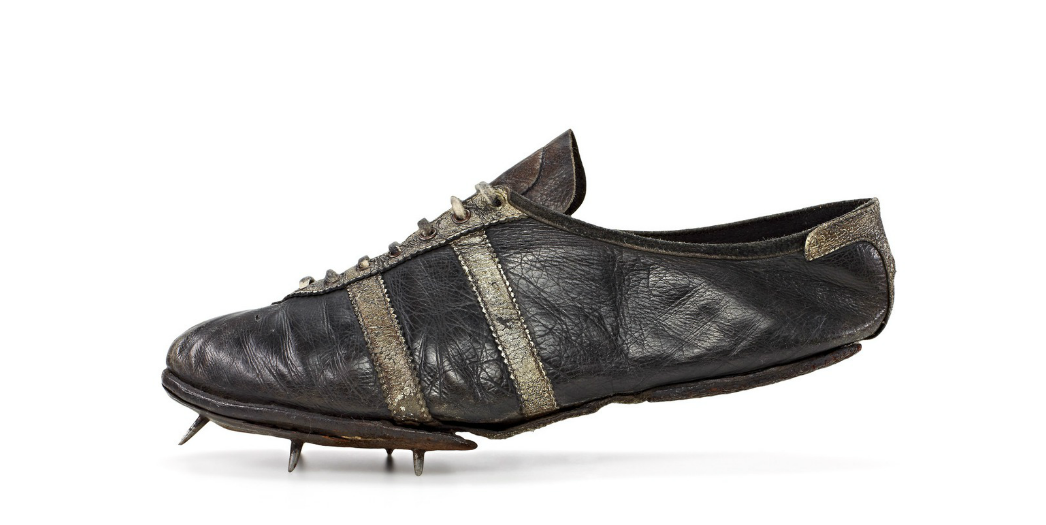 With the arrival of Hitler to the government of Germany in the 1930s, the Dassler brothers joined the Nazi Party, and this was not surprising, sports had the full support of Hitler at that time, which was beneficial for the business of the shoe store.

The Olympics were coming and the Dassler brothers were trying to get involved in all the sporting events that took place in the country. In 1928, they were the Olympics and it was there where they presented themselves for the first time to the world. Then, years later, for the 1936 Olympics, they signed a contract to sponsor the
sportsman and American athlete Jesse Owens, first athlete of African descent to be sponsored by a brand. He won 4 Olympic gold medals wearing his shoes. Thanks to the achievement of Jesse Owens, more than 200 thousand shoes were sold per year. This was the first of countless successes to come. From this dispute, and after finishing the Second World War, another very curious fact occurs, and I apologize if I write a lot of "curious fact" but I want to highlight these facts. Already with the fractured relationship between brothers, Adi and Rudolf are separated and here something important happens. Rudolf moves to a place far from his brother and decides to found Puma, yes! funds Puma, another famous brand of sports shoes.

Something I would like to highlight from this story, is the context in which the events occur and the way these two brothers get to take advantage of their situation although their time seems to be the least favourable.

Adversity Has the Effect of Eliciting Talents Which in Prosperous Circumstances Would Have Lain Dormant. - Horace

And the story of Adi Dassler and Rudolf Dassler proves it. Two innovators who dared to create in times of crisis.

This is my homework assignment to this week’s @steemiteducation

Sources and Another articles related:

Congratulations! This post has been upvoted from the communal account, @minnowsupport, by yosethhurtado from the Minnow Support Project. It's a witness project run by aggroed, ausbitbank, teamsteem, theprophet0, someguy123, neoxian, followbtcnews, and netuoso. The goal is to help Steemit grow by supporting Minnows. Please find us at the Peace, Abundance, and Liberty Network (PALnet) Discord Channel. It's a completely public and open space to all members of the Steemit community who voluntarily choose to be there.