How to take part in a 'debate' or argument. Formal or at home - Information for learners

Whether you are having a discussion with a friend and 'debating' an issue or taking part in a formal debate, there are certain important things that you need to remember in order to get your point across.

A debate is a 'disagreement' between two people or groups that have different views.

Both parties want to make sure that their side of the story is understood and clearly brought across, that people can make a clear and informed decision, especially if they have to vote for one of the parties taking part in the debate.

The topic of the debate will be a suggestion (motion) and then you have to decide if you agree or disagree with the statement.  You cannot just say, "No, I do not think it is a good idea."  You must be able to give reasons and ideas on why you feel differently about the given statement.

Know what to expect at a formal debate

A debate does not only have to be formal - it can be an argument or discussion between friends or family where each person gives their oppinion.

Take note - screaming and shouting and crying is never a good way to win an argument or to let others see your side.  The most important tip is stay calm and make your feelings clear...

If you expect people to give you a change to give your opinion, you need to extend the same courtesy to them

Do not interrupt while someone is talking about how they feel or the way they see a situation.  Listen while they speak, really listen and then once they are done, you can respond by telling them you respect their side, but you also have an opinion of your own.

The more you interrupt or shout, the better the chances are that you will just get mad at each other and never resolve any situations.

Make eye contact with the other person and also nod your head to show them that you are taking in what they are saying.  Again, don't just nod your head but you do not hear anything, because you are too busy thinking of what you must say.  This will help nothing.

If something is said which you are not sure what they are saying, you have to ask questions to clarify it, because misunderstanding can start a whole new argument.

Think carefully about what you want to say, first of all so that you know the other person will understand what you are saying and secondly you do not want to say things that you will later regret.

Having debates or arguments are part of live, but that does not mean that you have to misbehave while taking part in one.  If you do not listen to others, you cannot expect them to listen to you.

Be a good communicator.  That means you listen, you speak when it is your turn, you state your ideas or feelings and most of all you stay calm while doing it.

This is not always easy, but next time there is an argument, try it.  You may be suprised how much better you can resolve a problem by communicating (not shouting). Nice post thanks for educateing us on steemit, thanks for sharing keep up the good work, and most importantly keep steeming. 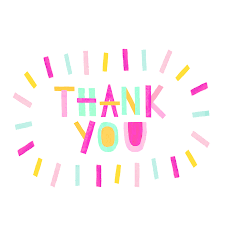