The definition of a "Spiritual Warrior" 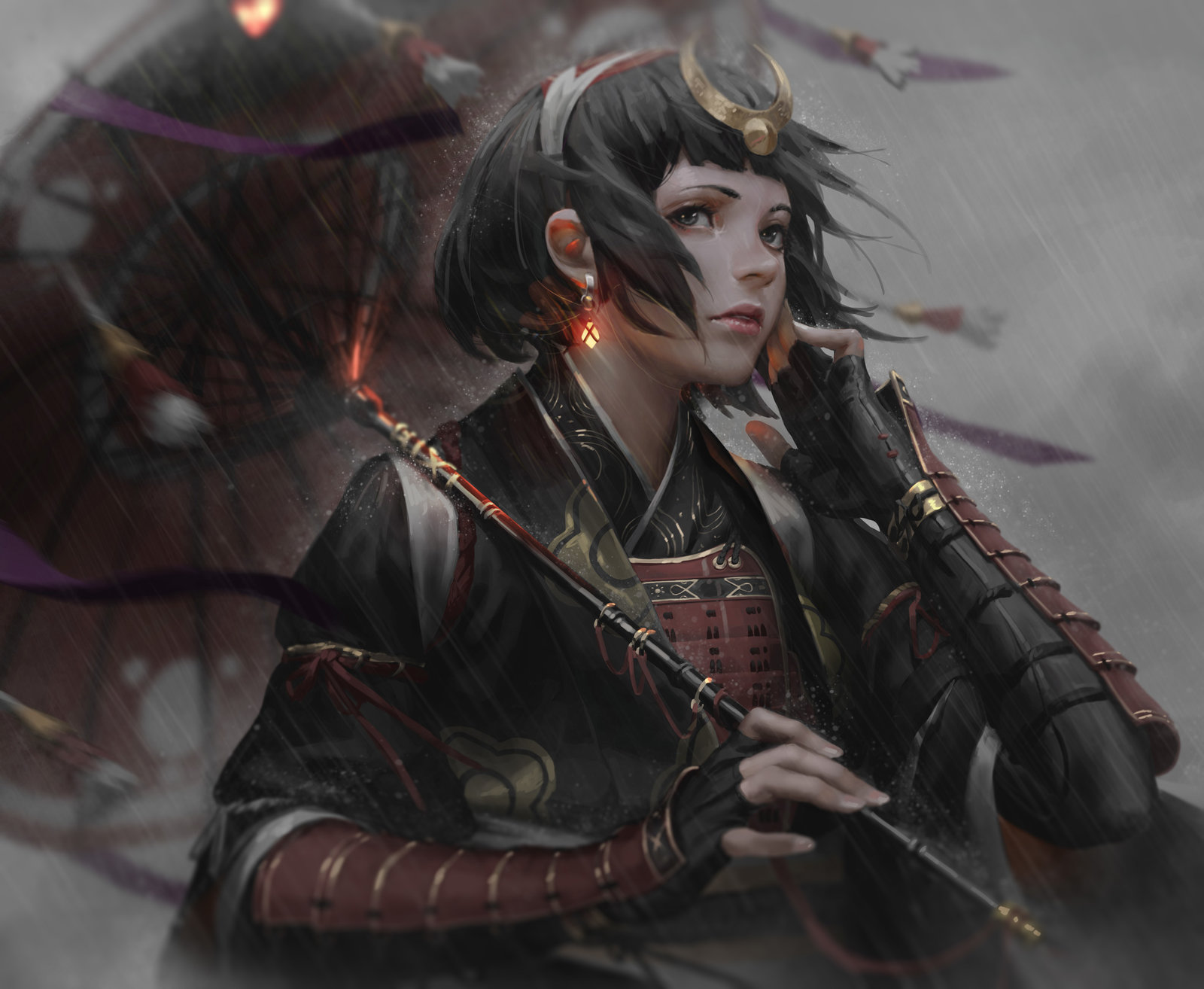 War seems to be one of the things humanity loves indulging in. Be it war for goods, war for money or overall dominance. We can see the pain and suffering everywhere if we wanted to. The Soldier " Warrior" is a person who is willing to put aside fear and pain so he may serve a calling for a better good, or that is at least how its supposed to be seen nowadays, although the truth behind it is much more broken and should probably go unspoken for the ones that can't see it for themselves.

Al thought were going to look at another kind of warrior/soldier, the one that wages war on a sacred field of battle, the field mastered by a variety of nations, Alchemists, Buddhists, Gurus, Mystics and much more.

Today we will have a look at the Spiritual Warrior.

The Battlefield of the Inner Self

The Spiritual Warrior is a person who challenges the dreams of fear, lies, false beliefs, and judgments that create suffering and unhappiness in his or her life. It is a war that takes place in the heart mind of a man.

For this war to be won, the warrior uses one weapon, awareness, the only weapon that may cut down the fear.
To do this he needs to train and find courage, discipline, and a great commitment to transform the emotional body

Although it goes without saying that these kinds of aspirations go unseen as they aren't a form of expression that can be just yapped out, they find expression in ones actions and are the core roots of a well build tower/pillar. The noblest of aspirations that one may embark to achieve.

The courage that makes a good soldier is the same as that of a spiritual warrior, the same source and fuel, just used in the opposite specter of reality. Inward or outward.

A soldier makes a commitment to love and serve his country, much the same a Spiritual Warrior makes a commitment to love himself, even the worst of aspirations. Afterwards being able to extend that love towards humanity. For when one sees the ugliest within himself and finds peace with it, he may then not judge that which he sees in his brothers. For he would know they are not any different from himself.

A soldier has to follow orders even when he is faced with extreme challenges, the same way the Spiritual warrior must follow his path, even if it is obstructed with dangers and challenges .

The Way of the Warrior To live by choice, not by chance.
To be motivated. not manipulated.
To be useful, not used.
To make change, not excuses.
To excel, not compete.
“We are each warriors of our own times. When we step out of our protective shell, we each encounter forces much more powerful than we are. What we learn through testing ourselves on the combat zones of our eon becomes the textbook protocol for how we shall live out the remainder of our life. The glorious skirmishes and daunting conflicts that we encounter, and what we learn from vigorous engagements on the battlefield of time, inscribe the story of our lives. Spiritual leaders help guide us in our times of doubt and self-questioning. Recognizing the value of the mentorship of spiritual guides in their self-questing ventures, persons who endure immense adversity wish to reciprocate their love of humanity by sharing the scored story of their episodic journey through the corridors of time and relay the incisive truths they discovered to any other travelers with a willing ear.”
― Kilroy J. Oldster, Dead Toad Scrolls 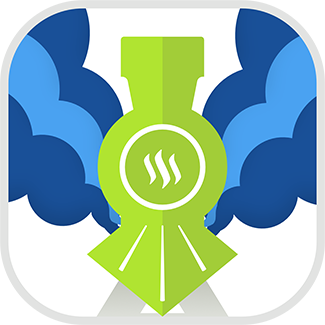 Check out this weeks ecoTrain highlights, with 14 amazing passengers on board!

We Thank You For Re-Steeming!

That was very well written. Great post! Thanks for sharing. :)

Also love the work you do ! Been following you for a while :)

the truth behind it is much more broken and should probably go unspoken for the ones that can't see it for themselves.

<3 You are an incredible writer!

Now i know that i am also an spirtitual warrior and i am sure that i can win this fight.Thanks for this post you made me realize something.

Happy to help brother <3 Much love !

I like this post. For some reason I remembered the phrase that the most important thing that a samurai should remember, at any time, is that he must die. Without this, he is not a samurai.

Great Quote :) Thanks for sharing it it does really spark.

If one is aware of upcoming danger lurking in the unknown, this will only help and strengthen the warrior, to know there is a goal to be achieved of value. Worth so much that battles will be fought during the quest.

For without the danger, what is the journey worth?

The greatest battles are not fought in the battlefields, they are fought within. Win the battle against yourself and your desires, and you can win any war after that. Thanks for a very good post. I really enjoyed it.

The Spiritual Warrior is a person who challenges the dreams of fear, lies, false beliefs, and judgments that create suffering and unhappiness in his or her life. It is a war that takes place in the heart mind of a man.

Nice one... Best warrior is spirit warrior... Nice one...worthy of my support and upvotes

Thanks for the positive feedback :) Greatly Appreciated <3

Welcome and do find time to check my blog posts too...

Man just wow, this was very motivational. Keep up awesome posts like this. We live in a very convoluted world of daily struggles, no mater how rough the path is ahead, we must keep going forward fighting our fears and depressions. There is no bigger satisfaction than the one obtained after the conquest of our own challenges. Thanks.

Thanks for the good words brother ! Stay strong !

hello dear @vangelov , very best article you wrote, i impressed a lot and know about real war named spirtual war. i appreciate you for that kind of creative lines written in which every word is guideline for us. thanks a lot.
FollOwED

When we realise who we really are, our powers become unlimited. When we break from our shells, we awake in the real world, which is filled with possibilities.

I love this. Really inspirational!

Thanks Valentine :) Love to see you pop up in my comment <3

You may enjoy reading this:

If you haven't read them, the Tibetan lama Chogyam Trungpa wrote a couple of great books on this subject.

Congratulations @vangelov! You have completed some achievement on Steemit and have been rewarded with new badge(s) :

The 'warrior' is a common metaphor used in spiritual traditions, and more recently various coaching and therapy approaches.

It can be incredibly empowering for people stuck in a 'victim' mode and provide a way of focusing our efforts to hone awareness.

It is also only a metaphor, only a story that we make up about life. Life is not a war, life just is. Our metaphors can be useful but also blind us.

One of the historical changes that brought the concept of 'warrior' into being more than just a thug were the martial traditions of Asia - particularly the Japanese transition from jutsu (battlefield) to budo (spiritual development) forms.

Or, looking to the Chinese martial traditions where the personal resolve to 'eat bitter' was part of the deal.

Being a warrior is more than reading a Dan Millman book and reflecting in a pleasant glow until something you don't like actually comes along.

That is the time to show if you are a warrior or not. How do you deal with the unpleasant aspects of life?

That is quite well said friend. Its not about the war, its about being true to your self :)

To be a warrior you have to accept yourself already dead. So there`s no doubt or fear inside of you and your no longer attached to the attachments of life.

It seems like you dove on human development which I think is important for every individual.

Just beautiful. Really happy to see the increasing number of spiritual warriors and again can relate to the transformations you describe. It is so interesting to see it all written down. Just like reading a story about myself :D

Very captivating, I upvoted. I recently posted a poem about peaceful violence, It would mean a lot if you could check it out!