It is not uncommon for people to question themselves about social media networks whenever they log into their favorite platforms. They are constantly checking for status updates and likes, most phones staying pinned to the wall due to their drained batteries. In fact, most people decide to quit for a while when they feel a hint of social media addiction cropping up. Such situations could indicate that most social media users yearn to know whether it helps or hinders their lives.Anyone with the slightest idea of what social media is has used at least one social media platform at one point. They must have, as a result, formulated an opinion on the topic. We live in a world whose technology is surrounded by social media, making it critical to understand its pros and cons. The most obvious advantage of using social media is for connectivity, whether for business or friendly intentions. Social media platforms such as Facebook and Twitter are today the most natural ways of tracking down an old classmate or a middle school teacher. A new friend or business relationship can easily be made, which can result in assistance, landing new jobs or finding love, Social media is comparable to a community, where people of all calibers meet and exchange news and updates, which is a highly positive outcome.

Social media has primarily been used for advertising by significant companies across the world. There is no better, timely and cost-effective way to inform your customers about your latest product, a trending promotion or upcoming event. Although such messages are often shared for free on social media platforms, some advertisement arrangements are based on a fee, ensuring the platform owner, the advertising company and its clients all benefit simultaneously.

Real-time sharing of information can also be attributed to social media. Most social networks include an instant messenger as their primary feature, enabling people to share information instantly using chat rooms. Such a social media feature saves its users time significantly. Teachers can share lessons with their students promptly, business partners can have a quick meeting online, and huge audiences can be addressed in an instant. 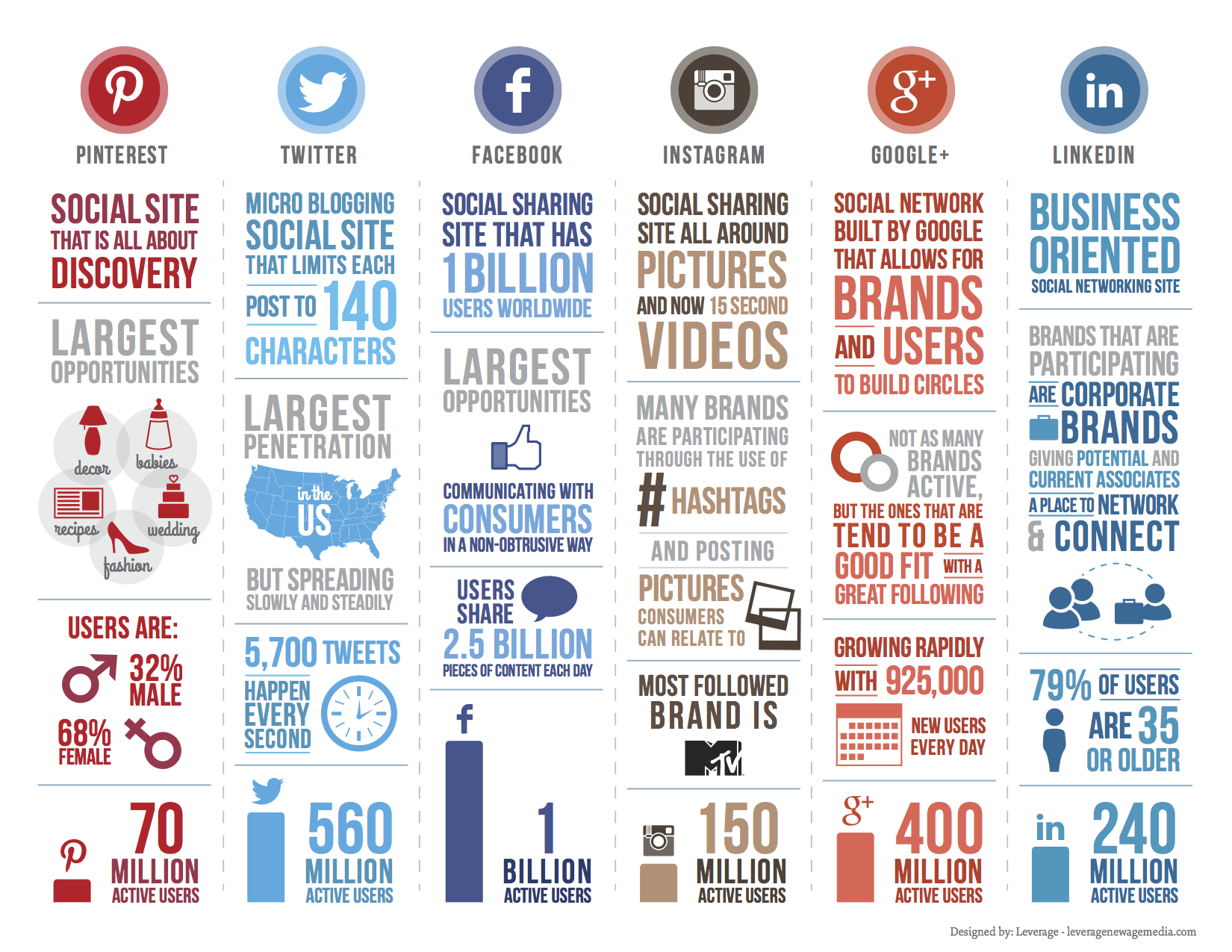 Finally, social media results in the collection of interest commonalities. Most young people want to take part in social media communities that are made up of people who share their interests. For instance, a fashion lover will mostly spend their time on Pinterest rather than Twitter, while a photographer is more likely to browse pictures on Instagram rather than keep up with breaking news on Twitter and we who are interest in the growth of the new world of currency and blogging adores Steemit more than anything.

Cyber bullying has been the most challenge faced by social network participants. People feel extensively influential tweeting about something or someone behind a computer screen, and they, as a result, harass and bully others. Harassment is mostly in the form of invading one's privacy through hacking, sharing of adult content and fraudulent cases. Young people tend to lose track of their time management schedules when they engage in social media. It is not rare to spot a young fellow staring at their phone or computer with headphones plugged in their ears for hundreds of hours. In fact, research indicates that about 30% of time spent on the internet is on social media. Such practices can be costly, especially for one's productivity.

On a business perspective, most people get their privacy invaded when they use social media. Social platforms end up selling users' confidential information, which is used by different corporate to generate revenue. It goes to show that social networking sites exploit their users to make income.

Most critically, people's identities get stolen using social media; It is not always that the information you share online is immune to access by random internet users. Stolen identity cases can be costly since one's private information can be exposed, or their bank accounts can be robbed. 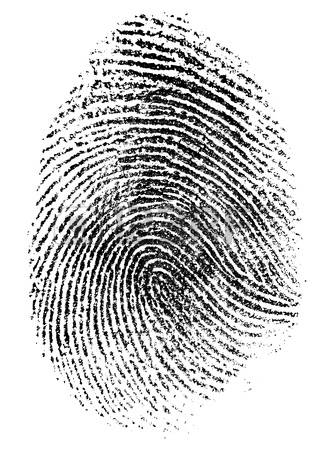 Although social media has many pros, a few pointers should be considered before one gets immersed in too deeply. Every social media user should be responsible for their safety when they are online,while also using it for positive impacts in their personal and professional lives. Remember that just because a social media topic is trending, don't be quick to join in without evaluating how you will be affected by the outcome. Steemit has just hit 400k accounts registered yesterday. Congratulation on accelerating like a rocket !. I remembered i started here at the beginning of June with a 200k users. Since my journey here, All i can say that i have had wonderful experiences and it had definitely changed my shifts from other Social Media to right here. ;) Where the future is !! :)

I hope this post gives you a little something to enjoy.....

I always deeply appreciate your comments, upvotes and share.

@suerisue I was wondering where you got that picture of me in my Yellow Suit holding all those $100 Bills ???
STEEM On Lady !!

Oh didnt know that was you !! Well hi handsome !!

I think just like a lot of other things, you need to have a balance of social media. Being "online" all the time can definitely be draining. It also takes away from real human interaction that you could be doing with family and friends. Social media has made it much easier for us to connect with people around the world, but it has also allowed us to isolate ourselves if we choose to do so.

The Cons can be so scary these day that you have just got to be so careful !. We live in a time filled with opportunities but that comes with a price as well.

I agree you have to kind of use it the right way i guess...

There are good things and there are bad things. It is all based on how we react to them and I feel we should always try to see the positive side of things. Good job listing every aspect of social media into one post. Hope steemit brings positivity in everyone's life. 👍👍

Thank you for your comments. Yes like everything in life, It has it pros and its cons !!

Yes, may god bless you with all the pros :P

Use it or abuse it!
Meaning you can either use a platform to your advantage.
Or get completely soaked into it and lose yourself in the so-called reality online.
It is all up to you.
Like the post a lot @suerisue

Very goos post, thx for sharing, is great your

social media helps me connect with people from all over the world. I get to learn new cultures and see new things about the world I never would have discovered other wise

One way or another technology is taking over our lives, while it can be a benefit of course the flip side is becoming obsessed and spending all your time glued to a screen and doing nothing else. With balance is can be a wonderful tool to experience new places and cultures that would normally be without reach.

I went on a Facebook hiatus a few years ago because the toxicity inside was just damning.

I think social media is a great thing, but NOT when it actively allows us to be unaccounted for. That's the bigger problem than being merely distracted.

People now get rid of it just so they can conveniently say, "Oh sorry I just saw this."

I didn't know you can get rid of it, how do you do it is it just a setting?

Check Whatsapp setting. Yeah. It's over there somewhere. You can get rid of your "last seen" timing too.

I think I'm gonna do it. Did you do that on yours? Can't find it under settings.

social media is very good thing, but we need to use it with balance. So many people became addicted to social media.

Steemit is the future of social media! I am so happy to be an early adopter.
Since I am here I haven’t even posted so much anymore on FB or IG and I think when Steemit exits the beta and some more internet celebs come to the site, this will be the biggest social media around, with way more active users😁

Most of my time is on steemit, I have lost interest in other social media !! I think i'll stick to this new social media boyfriend for a long while. So happy i dont have to deal with another breakups anytime soon. ><

Honestly, I just forgot about all the rest of social medias except steemit :D

Hey @suerisue, hope you're doing great. I think steemit has come at a really good time because to be honest I find most of the previous social media trash, many are there talking shit and wasting time on negative BS instead of being on constructive topics. I tried FB once long ago, couldn't stand it within 6 months and left never to return. Steemit is perfect as there are so many smart and positive individuals discussing and posting constructive material all da every day. Congrats on your many followers and have a positive week ahead. Cheers

That's understandable and a good reason to be on it. You've been doing some great posts lately, you're on my steemvoter trail that's how I know. Anyway enjoy your Thursday and wishing you a great weekend ahead. Cheers

It's great for learning and reaching out to people. But sites like FB, Twitter, Instagram censor their content to allow for a plan to strip freedoms from people. FB was financed by an alphabet agency and is a SPY SITE to gather info on everyone. People say it doesn't matter because they don't do anything wrong, what they don't realize by not protesting is they are slowly giving their freedoms away.

i never know that instagram have more less active users than G+ or Linkedin,shock me.
i totally agree with this article,and for me,socil media are place to finding my love :D i met my GF there.

Good post It is not uncommon for people to question themselves about social media networks whenever they log into their favorite platforms. They are constantly checking for status updates and likes, most phones staying pinned to the wall due to their drained batteries. Nice i have upvote and reestem best blog @suerisue

Yeah bullying is a problem, apparently Melania Trump is going to o something about it. I think I read on LinkedIn that to be successful you have to take 24 hour digital breaks.😀 😃 😄

This is a good post. I pretty much gave up on other social media sites and am putting my time into steemit. Good supporting images for your post too. .

Social media is a great way of socializing without leaving the house. Addiction is anything we do in excess. So if we don't want to be addicted to social media, we just need to measure our time. Nice post and great pictures.

great post, i think there's also the side of the coin, by that i mean people that are not on any social media because X reason. In today's society, specially the case for younger people i guess, most people are connected through social media and if you are not in them you might as well not exist to them, of course i dont mean to generalize but such is what i have experienced, loved the post and your take on them; great work :)