LOGO OR SIGIL & PROGRAMMING OH MY!

Corporations have been using their own seal's symbols sigils or logos for a long time why? Simple, cause the subconscious picks up symbols easier than the conscious mind. Your conscious mind filters a lot of information out but your subconscious mind picks up a lot.
even things in a room that you weren't focusing on.
In my own way, I picked up on this method of the accident. Reading a book about quitting smoking.
Allen Carr's Easy Way To Stop Smoking

Allen dove deep into this and many other things like subliminal messages to keep you smoking.

Looking back at it I never knew I was being programmed. Case point we've all watched a movie and some cowboy or soldier is dying or a dramatic event they have a cigarette dangling from their mouth.

A couple after sex you got it a cigarette.

Cartoons too! yes, I said cartoons Disney to WB and the Simpsons were all part of this.

I noticed all this after reading the book and then watching my own emotions I'm a fan of the TV series Shameless, I would get a sudden urge to smoke watching an episode of the show.
so I went back through and analyzed that episode.

They would start on a pan shot of a pack of Marlboros and into the full scene boom light bulb💡Figured out why I was wanting a cig badly.

Questioning now why you want to eat after watching tv or have a beer after a beer commercial?

I'll state this, companies pay huge money during the super bowl to have you see their product and logo for only 30 seconds long.

"NBC will receive about $5 million for a 30-second commercial during its Super Bowl coverage," according to a report by Sports Illustrated media writer Richard Deitsch.

So what is a logo lets look at the definition from Google? 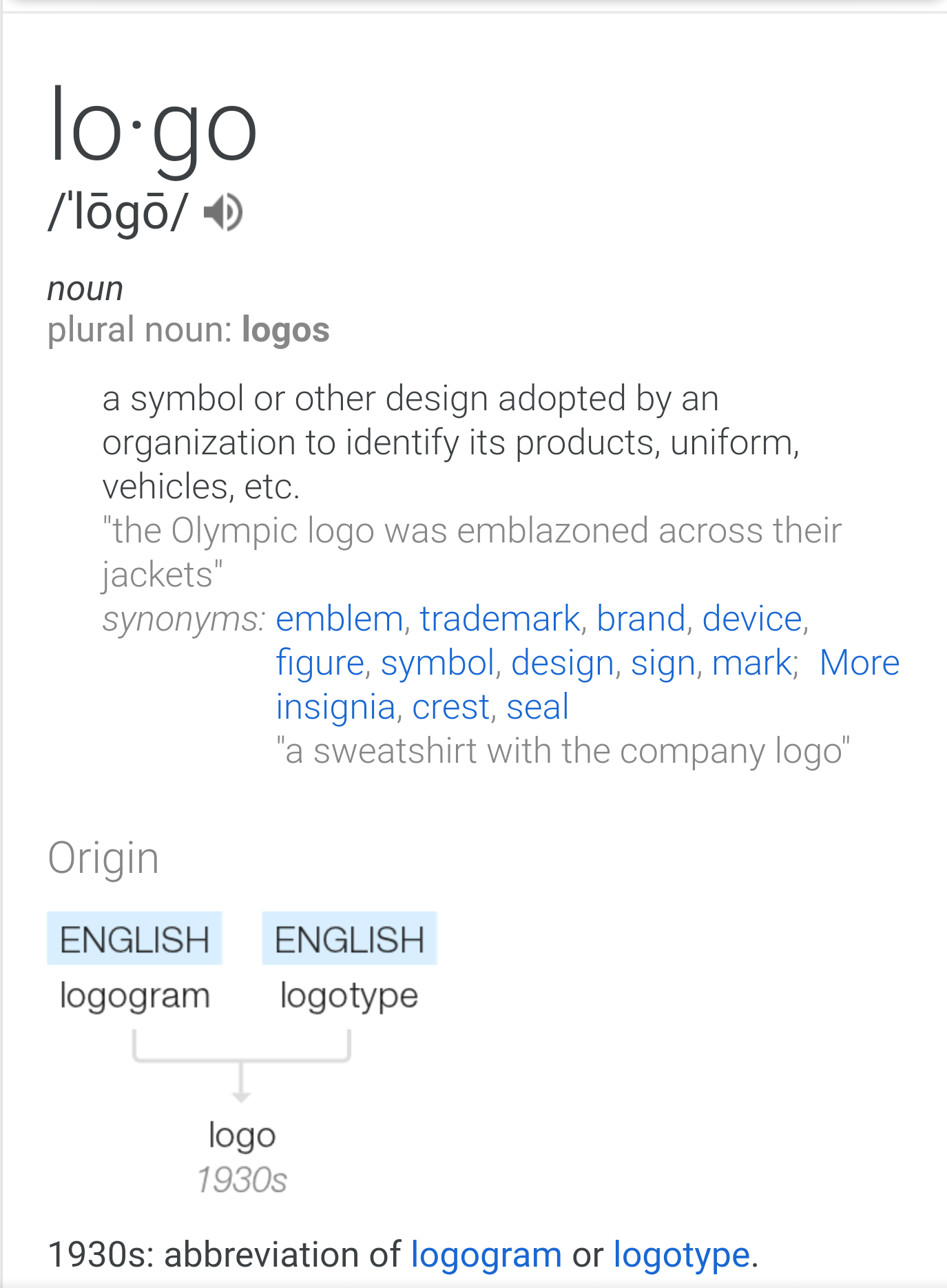 So you check out logogram and logotype
It all comes back to LOGOS let's look at that definition on Google. Word of God & Word and Reason
So this is a logo gets its origin from. Now let's take a gander at the definition of a SIGIL and put the puzzle pieces together. 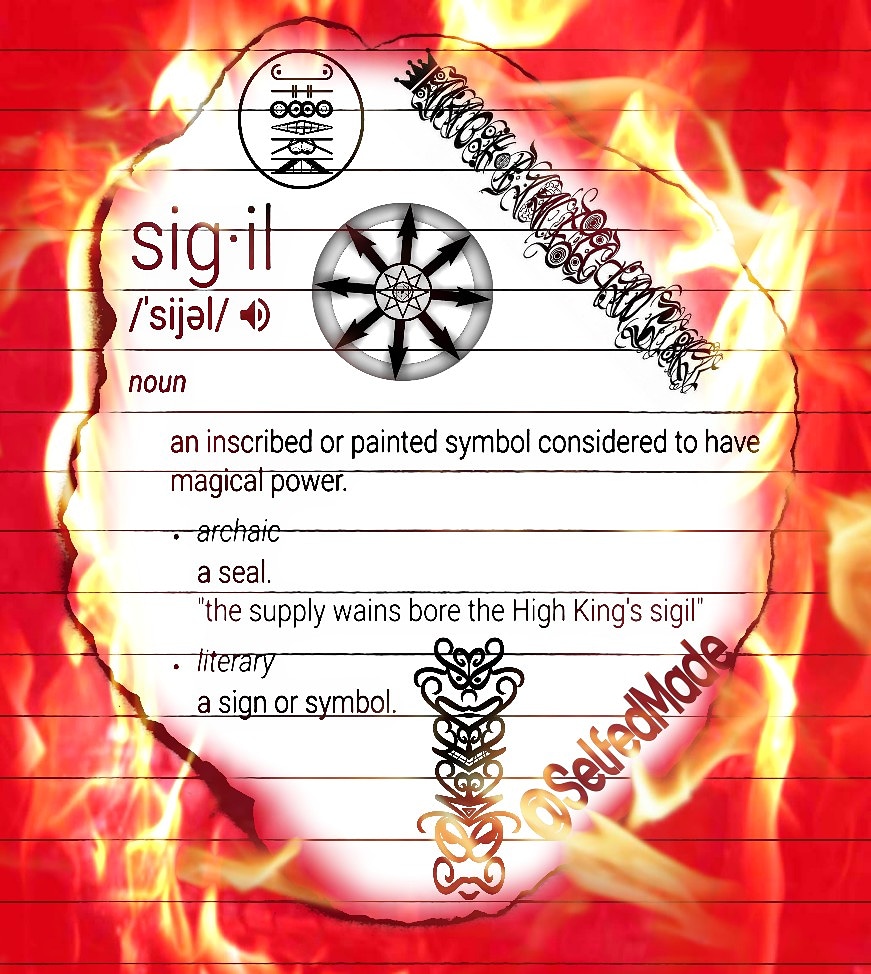 Ok enough of definitions. A common thread we see from all this is Symbol Seal.

A Logo is designed to brand a company, It's visually appealing and the company puts a lot of energy into this symbol.

A sigil designed with a direct intent on a magical basis made into a seal or symbol and a lot of energy is put into this as well.

Logo too has an intent to get you to buy or sway you to recognize an organization.

There is a correlating similarity to these purposed methods or are they the same?

Old & new symbols of the occult.
There are traditional seals of sigils symbols that are representations of Entities, Planets, etc

New sigils Austin Osman Spare method that a person writes an intent takes out letters vowels and makes their own symbol.

The new method sounds a lot like a logo design as well. I'll put a link to how to design your own sigil Gordon white has a unique view of advertising sigils and how to do it.

I'll also put a couple books that I read on it as well.

Now here is a traditional casework of the medical field and organizations using occult Symbolism. 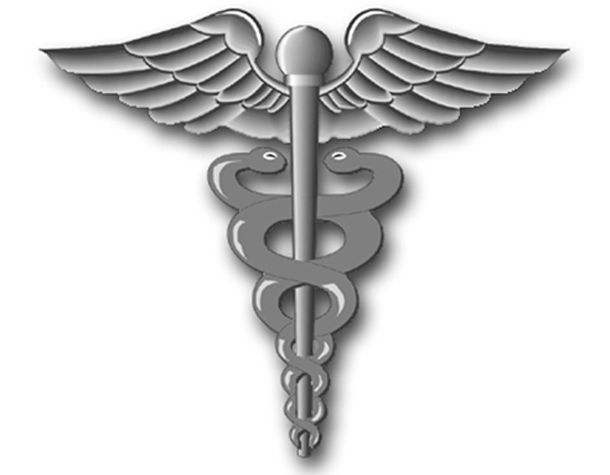 "Many "medical" organisations use a symbol of a short rod entwined by two snakes and topped by a pair of wings, which is actually the caduceus or magic wand of the Greek god Hermes (Roman Mercury), messenger of the gods, inventor of (magical) incantations, conductor of the dead and protector of merchants and thieves. It is derived from the Greek karykeion = "herald's staff", itself based on the word "eruko" meaning restrain, control."
www.drblayney.com/Asclepius.html

There are too many of these to mention in one post.

In conclusion, I could ramble on about this topic for days. I could really get us deep in the rabbit hole if you want.

I will leave you with this. know thine enemy & ignorance isn't bliss once you start seeing these things knowing these things than you can stop letting them influence & controlling your buying behaviors, addictive behaviors
or start using these techniques for your own embetterment & Profitability.

Submit
$0.02
11 votes
5
Authors get paid when people like you upvote their post.If you enjoyed what you read here, create your account today and start earning FREE STEEM!
Sort Order:
[-]
tryskele (64)  ·  2 years ago

Awesome !! Love you how examine a topic, well done.

Followed and upvoted, I would have resteem if I'd found you 2 days earlier. Thank you for taking the time to read my post and the upvote. Looks like you & I will be exploring this subject a lot more!
Here's a few others I've written recently...
https://steemit.com/esoteric/@mindszai/the-matrix-reacknowledged