@demolitionranch on steemit is a fake So when I saw that big name Youtuber Demolition Ranch posted on steemit, initially I was excited. Perhaps this would be yet another youtuber making the change and would strengthen our platform. Turns out it's a total fake. 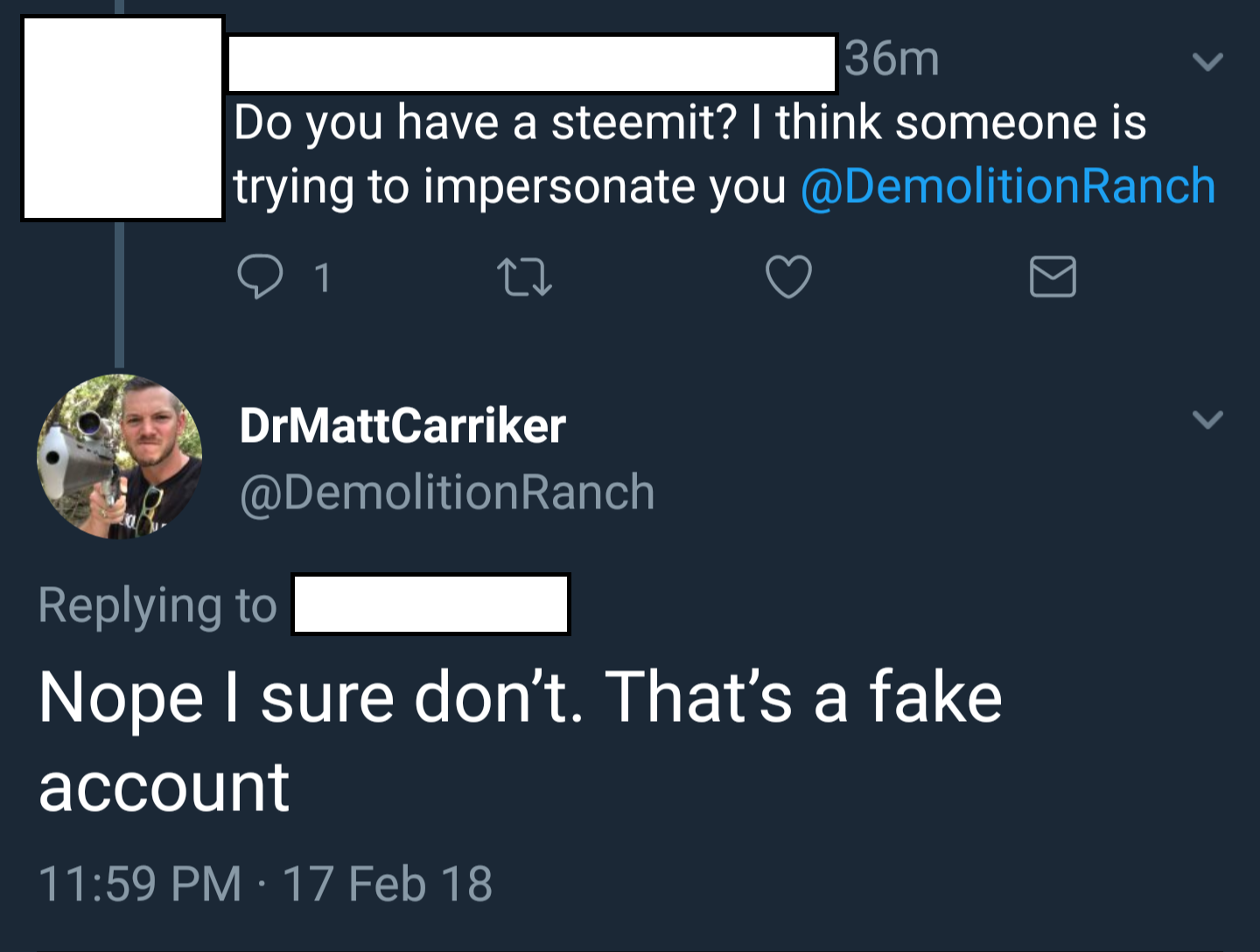 the known demoranch attesting to the fact that he does not have a steemit.

Unfollow, flag, and spread the news that he is a fake and this shall not be tolerated. Yeah, I've seen a lot of people just repost whole articles lately, with the Cheetah bot upvoting them automatically when it finds similar content. It's important to stop them before they show others that it might be lucrative.

You got a 2.60% upvote from @upmyvote courtesy of @themarkymark!
If you believe this post is spam or abuse, please report it to our Discord #abuse channel.

So disappointing. Here I was having fat conversations with not Matt. Delegating SP when he ran into bandwidth issues. His whole refusal to accept it makes sense now.
Well. You live and learn.
Kill it with fire.

I remember this. And I was also taken in and resteemed that phony's stuff... I feel dirty....

Yeah. Sigh.
So many bad words come to mind.