They believe you, after it's too late

In January I got into bitcoin and was so excited about it, I told everyone I knew about it and why I thought it was such a great investment and why I thought a simple investment into 1 bitcoin could get someone rich in the future. Even buying at these prices that are high relative to bitcoins overall history, they are still low for what bitcoin is offering. I was right, Bitcoin Boomed, so why won't they listen now?

Most people I know in real life, know how into bitcoin I am, and they know my predictions about it's growth this year have come to fruition. So why can't I get these people to join steemit?

Of all the friends I told about Bitcoin, only 3 of them actually invested any of their own money. I figured these people would be good targets to recruit to steemit. I was greatly mistaking, I even got a hostile response from one who told me "You sound like a spam artist" Which I explained that I just sent him a message with some real life changing information, I wasn't trying to spam him with repeated messages. He responded again "If I thought I could get rich by sitting in front of my computer, it would have been done already" 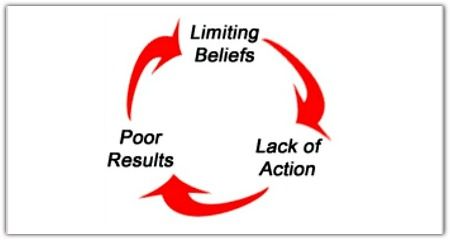 Belief is limitation or liberation

Someone who believes that they cannot achieve riches, cannot achieve riches. I think this is causing a lot of people to not risk their precious time on steemit. Time is truly our most valuable commodity, and it's this reason that I am willing to try things like steemit, and it's the same reason many others are not. People don't want to waste their time, and if they don't believe the payouts will ever be real, steemit seems like a waste of time to them. How do we change it?

I can totally see where everyone is coming from with this, but how do we change it? I'm not sure I have any real solutions on this, but I think awareness of what a particular problem is, is always the first step towards solving it. Over time I believe steemit will be developed more and it will come to have more and more intrinsic value that brings people here for more then just monetary rewards, but what can we do to stimulate this growth?

Let me know what you guys think!

Great post mate...I think it has to do with people lacking the knowledge about cryptos. Everyone I talk to thinks it is monopoly money, but once it becomes mainstream be prepared!

One way to help the platform is the speed up the verification time. I have had a few friends that have been waiting over a week. This takes the steem out of the new users.

You don't get the money by doing nothing. People who get paid 300 dollar for every post have worked very hard for it.

Steemit do have the potential to be successful as facebook is today and the future is definitely bright but this might just take a little time. However i have no doubt in the future of steem and steemit

Yes of course it will take some time, steem have no marketing as facebook or twitter but in 1or2 it can reach 100$ so easy

This comment has received a 0.23 % upvote from @booster thanks to: @hamzaoui.

This comment has received a 0.26 % upvote from @booster thanks to: @hamzaoui.

Steemit is really a good platform for every social media junkie and it also pays handsomely to those who invest their time and hard work in it. People generally have a tendency of, not to believe anything until that thing shows some miracle to them. Same happened with bitcoin. Most of the people bought bitcoins when they were booming and then it feel. People generally stays at their home, relaxing in the pool but when they hear any news about some miracle internet currency providing almost 400% returns then they just rush to invest in them.
So I feel pity for those who haven't joined steemit yet and who are just waiting to see the Steemit miracle first.
Come on guys, this is the right to invest. It'll never gonna get better.
Thanks to @rawpride to inform us about steemit potentiality.

Absolutely right! Thank you for nailing it to the point. And that is exact why I have uppowered my account these days.

You're welcome. Actually that's the reality and you have really done good by upgrading your steem power. It'll help you greatly and would be a good investment in the long run.

People won't embrace it until the media programs them to embrace it. Sad but true.;(

It is not your job or responsibility to convince other people to join. The best thing you could do is focus on Steemit, and be uber-successful. And your success MAY inspire others to join.

I follow tai lopez and he always says this... not in the same way but the same message!! Always try out new things before it becomes mainstreem and you loose out on the big deals$$$

You are not alone. I tried to share blockchain, cryptocurrency, Steemit opportunities to my friends too. But few of them really believe in them. As a friend I think I've done my part by sharing the info. At the end of the day, it really is up to them to decide if they want to take action or not. They need to make their own decision. Otherwise they may have had thought that I am after some money or what.

Yes don't believe, People think that we are getting profit from them. @shrestharam

This is so true, there are too many people who are not willing to at least do some research about this website in order to see how things truly are. They usually use a simple argument of "Don't believe everything you see on the internet!".

I think we got in a era where we are pretty much smart enough to make the difference between something that's fake and something that isn't.

Even I was skeptical about Steemit until I did some research and I saw the website myself.

It's sad that some people just don't believe anything and would rather stay in the same place forever rather than trying something new. Most of them will realize the mistake they made in the future, and they will want to be on Steemit.

Too bad that then, it will be probably harder to make money on this website, because there would be too many people with the same goal.

I had to thoroughly read through this site and testimonies when I first joined - it definitely sounds "too good to be true" although I was familiar with cryptocurrency. I think for someone unfamiliar with it it might just sound like "magic money" or an Amway scam.

Okay...... I think we were thinking same way

I think many can't believe what they can't see. I joined and was super excited about it, because the person I heard it from showed me they earned and receive money. (they did great as a newbie, but they told their million + Youtube followers bout it, hence why I am here) he received $6000 his first month here. I of course don't expect to do that out of the gate, I don't have a million + youtube followers, but my first two days of postings netted me $148 after all the fees. So that hooked me even more. I started showing my friends and family my deposit in my account. That seemed to help get them on board. Only one person I have told about and showed the proof too said they don't have the time right now.

Indeed I've had the same story although only invested a small bit due to funds wouldd love to invest more. When I spread the word people think I'm mad and the media says it dangerous. ahh our problem the media strikes.

Some listen but are scared of the risk, positive risk taking I say :)

I think that the main trouble to conviens people that this strucrute works is execly that it isnt have matherial basis. Its what they probably think. But I`m sure we can make them to try steemit as an experiment. And only when people tried and sucssed even a little, they will belive.

I am doing the same thing of trying to get my friends and family to do Steemit, and it is mind blowing the looks I get. They defiantly do not see the opportunity! I will never be the guy that says "man I should of invested into that" again, unless I don't have the money. I am looking into every good investment thing I can from now on!

Some sort of advertising with the best posts we have. If we can continue to get posts that go viral and everyone starts to notice Steemit and its a blogging site for all. Something along those lines maybe? Just thinking aloud.

Great post @rawpride thanks for sharing and bringing this point up.

Thanks for all the responses, I'm blown away by such a great turn out!

Early adopters definitely have an advantage, like in many other things, and it's still pretty early here. People who join now can do very well. But, yeah, putting the work into it to make it something rewarding and profitable is not something most people are willing to do. They just want to push a button and get paid.

Cool article! Certainly related to conversations with friends and disbelief. Made me feel better. Keep up the cause fellow steemer!

People get stuck in the system, some find a way to get out, some not.

Isn't it always easier to do like the others or to do as you were taught and told. It allows you to blame others if anything goes wrong. I also told a few people about it and I found it highly interesting to see such different reactions but which makes total sense according to the persons character .
I m ready to buy steem or bitcoins ....I just need to figure out how ... :)