WILL THE WHALES EXTINGUISH WITHOUT THE KRILL? ... COMPARISON WITH STEEMIT

The terms minnow, dolphins and whales are terms invented or created by steemit users based on their reputation, voting power and the portion of the cake that is carried each of them.
The main thing that is the voting power, is based on steem power has the user. 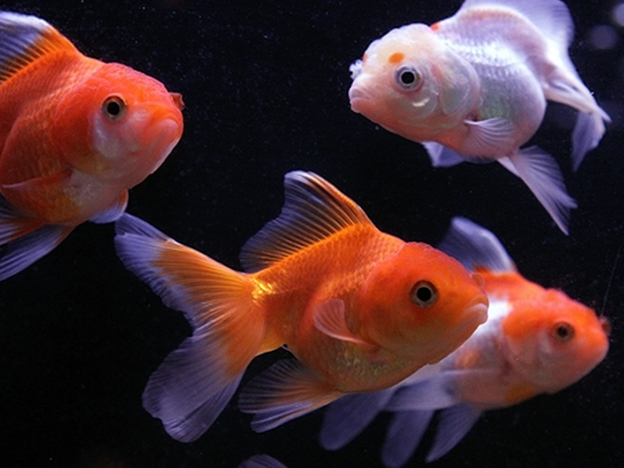 This is what they are, or who we are, the vast majority of steemit users.
They are the newest users, who for more than the quality of the post are almost unread, those who vote for whales and these do not know or give very little importance.
The vote of the fish has very little value. At best it will be worth $ 0.01, although sometimes you have to vote more than one to get out of 0.00
The fish we must vote each other so that little value is increasing and growing but we need whenever the vote of some dolphin or whale to speed things up a little bit. But it costs a lot and this happens.
From my experience, in addition to voting, it is more important for us to read the posts of the whales, but read them seriously, as they serve us to learn. But the most important of this is to be able to comment in the posts, but not the simple "that good post", "I follow you" or "vote me" but a comment on the particular post and give an opinion with fundamentals and that possibly, at least initially, it will surely give you more profits than your own post and that will make if it is a correct opinion that they begin to read you. They are the ones that have already been on the platform for a while and managed to grow or made some investment of a few hundred dollars to be able to achieve it faster and have a few miles of steem power
His upvotes can be worth about $ 0.10 or a little more.
The dolphin, it may be said, is already in a position to grow by itself.

Personally I think the best post, usually, are of the dolphins because they already created a lot in the red but they want to be whales so they do quality post to get the top hierarchy not only among the minnow but also make a name among the whales.

They are obviously the most steemit winners. They are the ones that fish want to be when we grow up.
The topics that whales like you will find out as they usually end up being trend.
It is necessary to recognize that in many occasions we vote them although we do not like the post in the hope of earning some money and also that sometimes it gives a little of anger see for being a whale to earn more by sharing the photo of a hamster than a quality post for the fish or dolphin.
But, on the one hand, something well done to achieve that position, and on the other, so is the world. Steemit does not escape that reality.
They usually overcome 50,000 steem power and from there the sky is the limit (or the bottom of the sea)

In a post I read from @jerrybanfield posted an interview with @followbtcnews and commented that he had just passed the 50,000 steempower and that his 100% voting power is equivalent to about $ 7 or $ 8.
I recommend following Jerry because his post is excellent.

As I said at the beginning of the post the terms were created by the users.
So I'm going to create a new term. I think the vast majority of us compare to the big whales, rather than minnow we are KRILL which is "what many whales eat"
Nowadays there is a great concern in the world because the KRILL is disappearing due to global warming and the concern is that if the krill is finished, the whales EXTINGUISH unless they change their eating habits, which is almost impossible.
Comparing this with steemit, if the krill does not begin to grow and becomes faster at least in a dolphin they will stop producing quality content and soon they will be extinct and they will not be born new of disinterest in the platform.
What happens then with the whales?, How long will whales live without krill? They will change the eating habits and they will follow with the fish, soon with the dolphins and will end up being made into whale-eating sharks?
I have no doubt that the whales need us and that they need to reproduce more and more the Krill and if it were not so someone explain me why @Jerrybanfield, as we can see in many of his post, and I suppose several others also, spends so much money on promoting the platform to attract new users.
Hopefully those of us in the last link of the food chain can grow faster and so keep alive all aquatic fauna of steemit.-

Submit
$0.00
2 votes
1
Authors get paid when people like you upvote their post.If you enjoyed what you read here, create your account today and start earning FREE STEEM!
Sort Order: