Ever since I have joined this platform 4 months ago, the price of Steem has been falling from $2 , not down to .89. This is the lowest I have ever seen it . I can understand that it was falling before when there was problems posting and commenting but now that it has gotten better , and with this new and amazing logo , the price continues to fall . On the other hand bitcoin is rising high while Steem is falling low . Will the price recover after bitcoin stops rising at this rate ? Or will the price fall to around .50 as it was before . ? 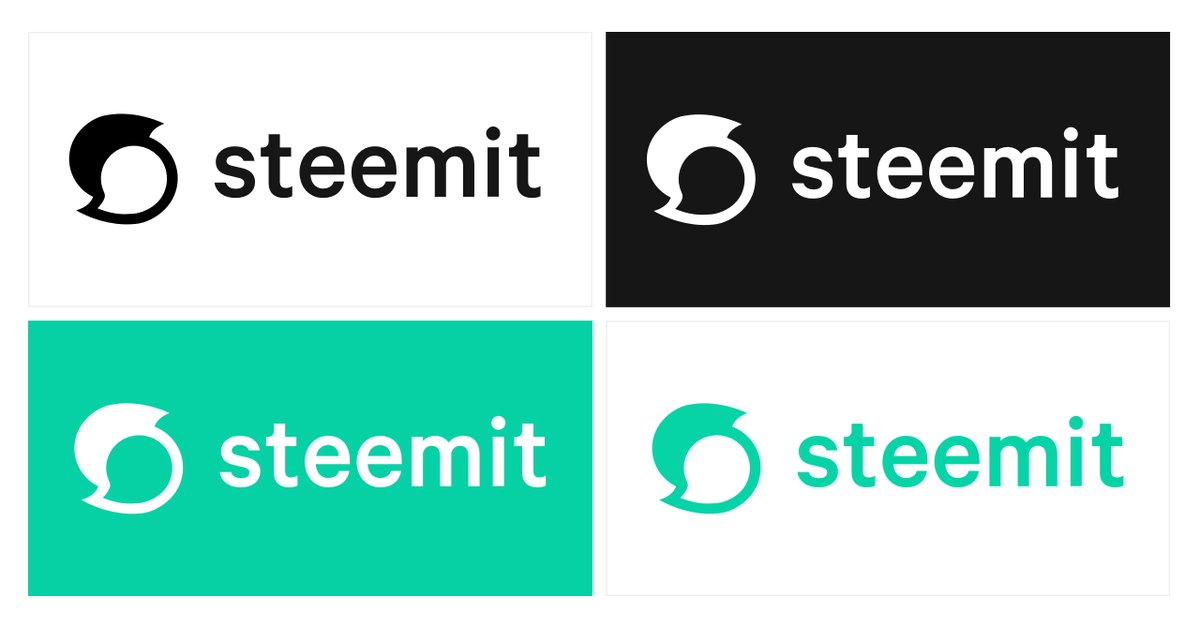 On the other hand the new logo and the new look to steemit is pretty nice including the night mode but I did get used to the Steem Icon from before which seemed a bit better , what do you guys think ?

Submit
$7.89
58 votes
35
Authors get paid when people like you upvote their post.If you enjoyed what you read here, create your account today and start earning FREE STEEM!
Sort Order:
[-]
pbgreenpoint (67)  ·  2 years ago

I know how you feel. I got in around the same time. It's a double whammy because the price of Steem is going down and the price of BTC is going way up. That is why it is always good to diversify.

I’m hoping with all the positive news that steem will increase with all the updates. If it continues to lower, I’ll just buy more and hope it goes up again for a profit.

Maybe it's good as a long term investment

Too much supply 250 millions STEEM compare to 16 millions of Bitcoin. Don't you think.

Of course I want my STEEM to go back up, not down.

Way too much steem.

The supply is fine, not an issue.

Yes, the inflation rate is around 9.5% right now, but that's dropping .5% per year. The most coins that will ever be minted in a year is 26 million and by the time we level off in 18 years that number will be down to just 6 million. When compared to other assets like the USD and Gold and other commodities, it's actually less inflationary. This article puts it into perspective.

Not only is it less inflationary than other assets and backed by a solid blockchain. It also has built in incentive to keep the asset locked up (in Steem Power) therefore the actual liquid amount of Steem only compounds the scarcity of it and actually drops the true supply even further.

For example, currently we're looking at a supply of 258 million coins but only 67 million are liquid. That's hardly a ton. Especially when you consider other coins with 100 million coins sitting in the hundreds.

The reason Steem price is low is because we have a user adoption issue that has not been resolved yet. It is not easy to get users onto the platform and keep them. This will change as the blockchain matures and adds features and other apps start using the blockchain.

I agree, when you put a few hours into a post and only see a few views, frustrating!!
And honestly, whales seem to mainly vote each other.
So us minnows are sink or swim.
And some sink, the others swim away. Either way not good.
I wish I had an answer, but not sure where to go from here.
Not that it would matter.

People have to stop looking at Steemit from a perspective that blogging and curating is the only way to play the game.

It's only one way.

At it's core, we're all just miners and there's lots of ways to mine.

All of these are valid ways to get a chunk of the mining reward and some are extremely profitable. Many are more profitable than authoring or curating and that will draw people in as well, especially as we have more and more apps built on the blockchain and people want power on other platforms.

For instance, everyone is all about PoS coins and gets all crazy gobbling them up to make their little dividend, but they don't even realize Steem has that functionality at a higher rate than most already, just check out the minnowbooster marketplace and you can make 26% returns. That's insane! There's been some big movements of money into the platform of late from those that are strarting to recognize this and it has nothing to do with playing the Steemit game the way most people see it.

Many new users don't see the big picture when they get here. They just think they can make big bucks for posting which they find out real quick isn't the case. People that realize that this is a game are immediately intrigured and start to play and eventually realize that any amazing community has actually come up around it.

We'll see where things go, but right now, I'm seeing a very bright future for this blockchain especially compared to most of the coins out there that can't even produce anything more than a white paper.

I agree, They will come for the money, and fall in love with the community.
For myself, I'm amazed at the friends I've made world wide. There are amazing people here. In fact I just started an initiative at #gratefulvibes tag. It's amazing the sense of community that has started in the 11 days of the "attitude of gratitude" challenge.
I think the future is bright here as well. But it's difficult to get noticed for new writers.
BTW - drop by my blog and enter the STEEMIT NFL PICK'EM, you can win some STEEM!!
You've played right? I think I recognize your handle.

I was surprised by the community as well, definitely an unexpected bonus.

Yeah, I play your pick'em, love it! I'll have to check out the gratefulvibes tag, sounds cool.

Well put. @raised2b I am still very new at the cryptocurrency and rarely know whats going on.

That is a lot.. hopefully this has potential like bitcoin does

As far as I'm concerned I hope it falls to 50 cents. I will buy more as it is a good deal. I'm here for the long run and these short term issues are just that. If one is worried about the value of the Steem coin more then the platform being successful then the focus is saying it all. Get out now as we are in the wild west of this technology and it may fail. I'm here for the ride and picking sides. I love the idea behind Steemit and want to put effort and money into it. I'm thinking ten years from now when the adoption rate is much higher and each Steemit account has less Steem Power because there is just less to go around. I'm planning for the future as I hope everyone else is.

I feel like it falls to .50 then it is going to take a longer period of time to rise

On a good note, the SBD will net us more Steem and if powering up is a goal then it is great.

I think the price of all altcoins will recover a bit after the next bitcoin fork. Everybody wants to earn some Bitcoin Gold

Bitcoin Gold fork is already in the rearview, this is all about segwit2x.

I have kept buying everytime I see it fall. At 1.2 at 1 and now also I brought for 500 euro at 0.8(cheapest so far). While the results of it goes the wrong way I still see great potential in steem. I rather risk my investment in this than giving up a golden opportunity to be in for something big. Even if it goes to 0.3 I will keep buying.

You're right it's better to be smart that regret it later .! I think now is a great oppertunity to buy to power up as well

I have no idea how low it will go... I was here when there was 7c Steem... before things turned around. That was pretty miserable. I am feeling slightly hopeful that there will be enough exciting news at SteemFest to support a bit of a recovery within the next few weeks.

I watched a cool announcement re a mobile wallet!! veeerrryyy nice :-)

It would really be nice to hear the news from the fellow members attending SteemFest . You have come a long way and I have been here since it began to fall

I blogged the link to youtube.
they were streaming live. so you can "be there" or play catch up.
some really interesting speakers & content. worth the time investment IMHO
And net is easier & cheaper than airfares anyhow :-)

Maybe it's partly due to the MEGA-SLOSH approaching:

I feel like maybe when bitcoin falls , this may rise

It is still way way early, I think it has a bright future @journeyoflife 👍

I think the money is heading over to BTC.
If I had any crypto 'money' I'd move it there ATM the up trend is steady & amazing.

Once the nov 18 fork is done, & freebees gained the money will move back & Alt coins will pick up again IMHO.

Yep, just gotta ladder in and pick it up before everyone figures out that this is one of the best crypto projects out there. It's pretty amazing that it continues to fly under the radar.

You really are a very special woman!! ;-D
Hows that for crypto speak?

Congratulations @journeyoflife! You have completed some achievement on Steemit and have been rewarded with new badge(s) :

Bitcoin is up and Steem is down. I'm thinking it might be a great time to excange some Bitcoin for some Steem?

When the asset you love is on sale, you should buy some!