Facebook Has BANNED Me From Sharing My Video Reports... Hi everyone! I'm about one step away from being banned in general from posting on Facebook.

While I've devoted most of my time to focusing on Steemit, Facebook is still a CRUCIAL part of sharing my content, marketing and bringing people outside of the echo chamber to the information I'm providing.

Well, after the ban I was on since last December was lifted about a day ago, low and behold, I've been banned AGAIN from sharing my content anywhere. Someone is either flagging me within seconds of posting or Facebook is censoring my video reports.

I posted a video today detailing a long forgotten report that Oprah had attended a meeting in 2009 with Bill Gates, David Rockefeller, George Soros and Ted Turner to talk about depopulating the world (how cute) and used that story to bring people to the message of voluntaryism and individual liberty. Well, I posted it and within seconds Facebook sent me this notification. 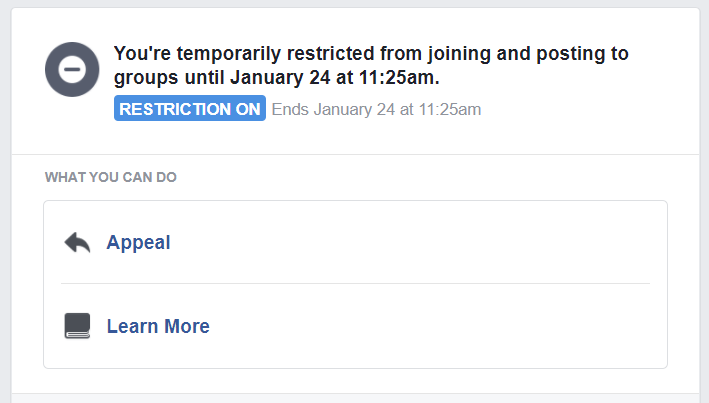 I've appealed, but nothing ever happens when I appeal unfortunately...

So while YouTube is demonetizing my content, Facebook is banning me from sharing it, about 95% of my income has been cut and I can barely survive as a media unless I take all my cryptos out (despite them being low right now) and survive on them for a year and go back to making no money.

This is brutal. These dinosaur social medias are going down thanks to DTube and Steemit of course, but in the meantime, they may just take a few independent medias down with them.

I'm not sure how this will turn out in the end, but I'm a little concerned.

Will have to find new ways of getting my video out or depending on friends and fans to share the work on social media.

Anyways, here are a few ways people can donate to keep WAM alive. Any donation is very much appreciated! YouTube says our videos are "hate speech", whatever that is. Facebook doesn't give us a reason, they just take down our posts and tell us we can't post it anywhere... 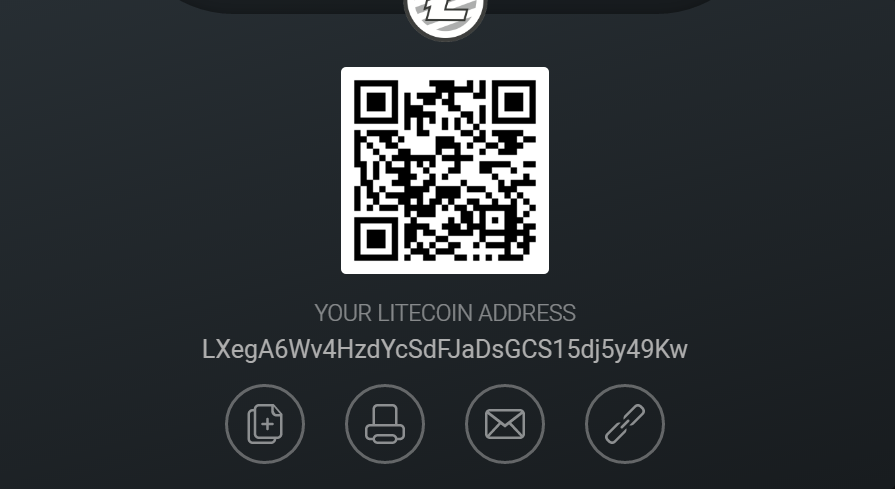 I'm really sorry to hear about this shitty situation. I gave you a re-steem.

This is why the decentralization movement and cryptos are not going away. Nobody wants their livelihood to be at the mercy of some dirty bureaucrat/ceo/conglomerate.

To hell with the dirty practices of FB, Twitter and Youtube. I've seen many good Youtubers get demonetized because some fucking corporation decided their content is "not suitable" for ads.

Enjoy the vote and reward!

It's looks almoust as if YouTube and FB wanting to alienate their own content-makers...
Just insane. But it will give edge to decentralized services indeed!

Sorry to hear about that Josh. Steemit and DTube are just going to get stronger. I understand in the meantime this hurt :(

Yeah, Steemit and DTube help a lot, but in the meantime, I gotta use fiat to pay rent and bills and all the rest haha So it's pretty crippling.

Can you cut some expenses?

The very act of banning by Facebook to say the least, is anti-social and a complete antithesis to its acclaimed social network status.

Which is exactly why they're going to go under.

Gotta love how facebook never even gives you a reason... I post extremely offensive jokes on fb all the time (especially about Justin Trudeau) and have never had them removed or been banned. Then one day I posted some completely accurate information about Che Guevera's murderous legacy, and the next time I logged in there was a message from facebook telling me it had been removed and saying they wanted to help "educate" me about what constitutes hate speech (denouncing communist tyrants I guess).

Wow! I didn’t know they restricted so much content. This only makes steemit and Dtube more precious!

wow bro - savage...thanks for being a part of the solution

That made me laugh! I have been ZUKED in the past.

People should take a stand and stop using platforms which enforce unfair selective censorship such as Facebook, YouTube and alike. It's really simple, stop supporting platforms that don't support you back.

Thats how Facebook is. Well u got the steemit platform now, much better one. Upvoted.

@joshsigurdson, @canusapatriots is currently developing a story on this subject. What are your thoughts on CDX https://commodityadnetwork.com/happy-new-year-2018/ ? Steemit is a terrific platform but established channels, such as yours, need additional reliable sources of revenue, at least in the short-term while Steemit and Dtube grow.

This is an VERY important issue that we in the altmedia need to band together to address. Quickly. A thought is a planned DAY OF MASS DEPARTURE (crafty re-wording of this is welcome) where people abondon Youtube, Facebook and Twitter for good. In the coming post I'll lay out all of the alternatives, including Google, which of course owns Youtube.

Thanks for the important info..👍

At least you got some notification !

Back in August I was locked out for a month long!!!! When I surfed the net, I learned many got blocked since they shared steemit link, as I did 😌 and no notification as yours at that time!

That's horrible Josh. Is there a way for you to suppliment what you do with part time work elsewhere? The amount of content you produce would be unfortunately diluted bit your income would be more diversified. @joshsigurdson.

It's more Facebooks' loss than yours. That's my opinion. Always an upvote, Josh.

Where we gonna stop?

I'm really getting fed up with these tyrants.

If true speech is hate speech, then call me the most hateful MFer around. May facecrook and youlube burn a slow, miserable death for their censorship of the truth!

Sorry to hear, Josh. At least it gives you more incentive to keep steeming!

All the more reason the encourage others to open memberships on Steemit and DTube (which I have yet to do with DTube...). After all the reason we like FB and YT is that most people have memberships there. Time to move here and other more receptive places and screw FB and YT.

Wow, on what basis were you banned?
Cause I see no clear reason

Now that is a badge of honor. Keep up the good work.

Sorry to here such resistance. Your content is extremely valuable, but you know the big wigs don't like such enlightenment. Keep up the good fight. I'm glad to support you how I can @joshsigurdson

Are you aware of @thesteemengine?

#Facebook has been nothing more than a mental trap, creating mentally ill youth as suicide rates for young women have shot through the roof since 2007, (Thanks to Social media) when all this crap was mainstreamed through programming and social engineering. #DieFacebook

I got something for you. I sent a few $$ through PayPal. It isn't much, but it's what I could manage.

It's crazy that you're banned from posting to Facebook. Are you allowed to post personal stuff? Because you know what you could try? hehe Post a cute picture of a cat, people LOVE cats, and attack your link, BUT FIRST, use ow.ly or something to shorten the link. Give your cat a name, like WAM Cat or maybe something less obvious. And post your content like that. I mean, what's the worst that'll happen! Someone I know used to post cats and call them Ancat, the Anarchist Cat, and use a link shortener and it worked. Hopefully it can do the trick here too ;)