Inspired by @matejka13's contest last week, I decided to hold my own SBD contest – centered on the 2018 Academy Awards – the thing also called OSCARS! So, i will keep it simple: I will divide 20 SBDs between the three Steemians who will guess the most of the eventual winners of the Oscars 2018!

HOW YOU CAN PARTICIPATE

Find below a link towards a Google Form survey which I have just created for that purpose:

What you need to do once you are on the page:

IMPORTANT: Some people might feel uncomfortable to give their email addresses. I have no intention to use it for any other purpose than the contest anyway. If you don't want to provide it, just make up a fake one. You will just not get the list of your answers - so better have a good memory! A FEW THINGS ABOUT THE OSCARS


Here you can find the nominations:

Please bear in mind that my google form doest not list ALL the categories. Some of them are very obscure and no one really see for exemple the short-feature films. So, they have been "forgotten" by design. Here are the categories which will be taken into consideration:

You can upvote and re-esteem this post as you wish! Since there is still one month to go, I will publish it at least 2 more times in order to reach the maximum people. That is really good contest! I just have to see "The Post" and "Phantom Thread" and will enter :)

Wow! You saw ALL the other movies ?!? Impressive...

Great contest! Also @matejka13 motivated me to organize a contest, so now I am thinking of a theme/subject and then it will be on! resteemed!

Thank you! :) Looking forward to your contest!

Thanks for the challenge @herverisson.

You are welcome @themovieplace! Good luck!

I met Jimmy in Las Vegas during my bachelor party, we ate dinner right next to him and his fiance. He was such a nice guy! That's me in the purple shirt to the left of Jimmy! 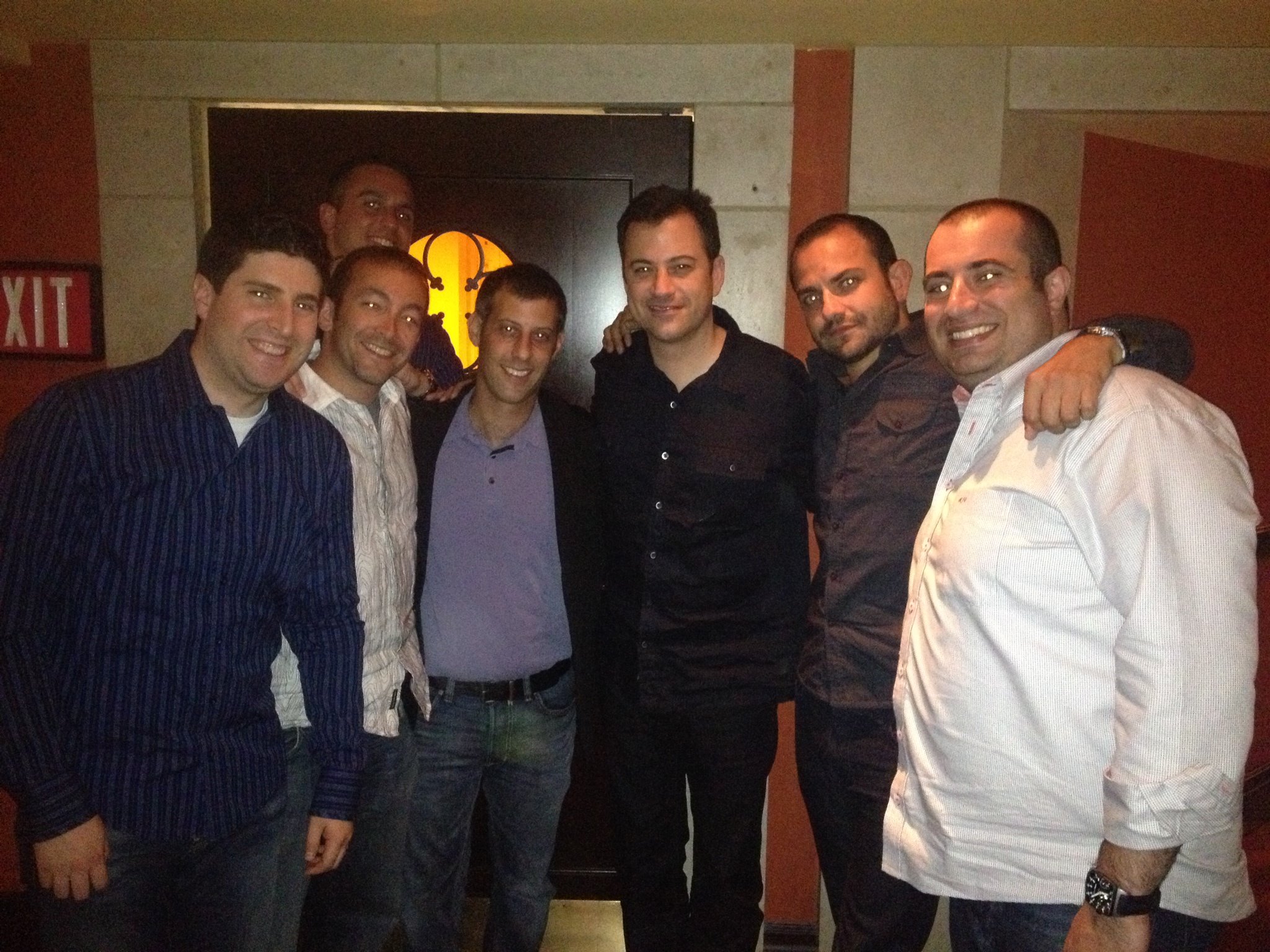 hahaha that's awesome :) Let's hope he won't have to go through the envelop meltdown of last year ^^

Scrolling through your Google Form survey made me realize how many good films I missed in 2017. I recognized only about a couple of the listed films. Ugh, I need to get my ass out of the dungeon, haha. Hope my luck won't betray me.

haha I have not seen everything either and I doubt anyone has so far :P Good luck anyway!

amazing idea! I am in)

I hoped so!! Good luck, @taliakerch!

interesting information ... maybe I will try. thank you

Great contest!!!! I will be happy to participate!!!

Count me in! Did you see Call me by your name? Still have to see some others, but my fav so far. And for best lead actor and for the best picture! Loved it <3

I have a video-store guy that rents me them on DVD’s even before they come to cinema... :P You have to see this one! :)

Actually I saw it right after lunch :) I liked it. Fantastic love story. I found it creepy at the beginning (age difference stuff) but eventually, thanks to its frankness, and the performance of Chalamet and the incredibly moving monolog of the father at the end, I was conquered... :) I could definitely see it winning it at the Oscars... if there was not another similar movie winning last year :-/ but i think Chalamet might get the prize

And if he gets it, which is also believe he is, he will be the youngest living Oscar owner with only 22. :) I was writing an article about Oscars the other day so there are some fun facts I still have in my head...I should write a Steemit post on that subject as well :D I’m really glad you liked it :)

Good contest, I have absolutely no idea who will win what and did not watch most of the movies 😎

Just do like everyone else and pretend you know :P I sure will do like that and next month i'll see my predictions all go wrong :)

Great challenge then but i have bad luck can't win 😂

It's totally free to participate, dude! :) Who does not try cannot win at all!

Ok i will then

I will definitely take part in your contest! Oh I'm so excited :D I will post my answers by the end of February, to know better the nominees ;)

I just submitted my answers, good luck everybody!!! I cross my fingers!!!

WoW is a comprehensive contest :)
a very nice thought. I do not think I can win this. I will not participate in that :)
maybe I will participate in other competitions :)

oooooooh please @artizm participate! You don't have to pay anything, it's free, it's easy... :) Why not participate?!?! I'd really like you to try and @mnallica too!

It's too late to upvote / resteem this post, but I hope I can participate anyways :-)

Yeah, no worry! I will publish an updated version in the coming week, but you can still cast your votes in the meantime, it will count ! :-)