Thanks To Steemit, My Dad Is Very Proud Of Me! I got home a few hours ago and I haven't been able to stop talking to my dad. I even made him go late for a meeting but he doesn't care because he's so proud of me!

Everybody wants to be proud of people around them. I am sure i'm not the only one that loves to show people off, be they friends or family.

Growing up, I had vivid dreams of being different from the pack. The dreams were so real that I was already acting different, my mentality was out of the norm and I got scolded for it every now and then.

I had no idea how these dreams were going to be fulfilled because as things were, Nigeria had no plans for anyone (turns out most countries don't). As a born dreamer, I didn't lose faith but had to face and deal with the realities on ground.

I think staying away from home for a while helps parents realize that their babies are maybe no longer babies. It starts to dawn on them that these kids can actually really make decisions on their own and live fine.

Today I had the longest conversation with my dad, telling him about my adventures on Steemit since January an from my dabble into other projects like VIVA.

I tried my best to describe the love Steemians have for me (and i'm sure I did a poor job) and how I don't understand what I have done to deserve this type of love.

I shared with him my plans to attend SteemFest 2 and the steps I've taken to ensure it becomes a reality.

He had loads of questions and at this point he asked to know the people behind Steemit.

I explained the concept of blockchain and decentralization and how the folks I plan to meet at SteemFest are amazing. 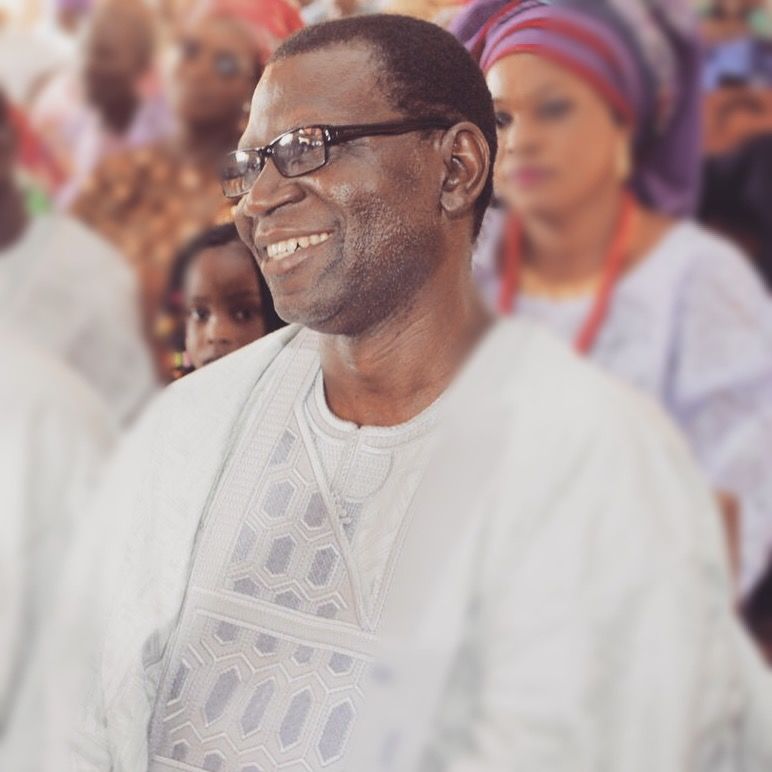 He was not for one moment bored. He was intrigued at the power and capabilities of blockchain technology.

He had learned over the years to believe me when I talk about things that excite me.

I told him about my experience with @kus-knee and other amazing Steemians that had taken a keen interest in me.

I couldn't stop talking. I couldn't praise the community enough. I told him about what everyone is doing for @darthnava

And all through this time, I could see it boldly written all over him, he was happy. The "I'm proud of you" type of happy.

If you know African/Nigerian parents well, especially fathers, they rarely let their emotions show. So if a Nigerian father tells you he loves you and he's proud of you, then you should know you've done an amazing job!

And i'm only getting started!

If you, by any means, enjoyed this amateur attempt at sounding smart, consider upvoting and resteeming. You can also follow me for more.

here is a little gift i won from @htooms and i decided to share some with you buddie.....

@theprincehasentered.... I wouldn't mind some of that gift

Now you have it mate!

as a newbie the @htooms part is cryptic to me but I'll understand it one day and gave a humble gift to all of ya. Appreciated the article and checked out the steemians you linked to in it. It is a blessing to have a father or mother and a double blessing to make them proud!

This is such an encouraging post to read. Your efforts on Steemit are being rewarding in ways that are not monetary, and yet will last so much longer. May you continue to be blessed my friend.

Thanks a lot for the kind words. I wish you more success too.

I'm just making my way through a lot of your articles, they are just so good! haha. You will probably see a string of messages from me. :P Anyways just wanted to say I totally relate. I have asian parents, which are super hard to please. When they are proud of me, I know I did something amazing too. Steem on!

Haha! Thanks for taking the time out to go through my posts.

Yeah I've heard stories of Asian parents. It's always a good feeling when you're able to please your parents 😊

Your ideas are solid, and I like how there is a positive beat to it! :)

thanks a lot for sharing @ fisteganos. This is such an amazing and inspiring post, i hope my Dad feels the same way about me someday.

I'm glad it inspired you. Thanks for the kind words.

As for your dad, I bet he will. Keep working hard.

On the part of African dads especially Nigerians showing affection... I understand how happy you would feel... The money you would bring home is an added incentive.... After all their rants of previous years, you finally get their praise full throttle... Congrats man

It's more about the fulfillment I get from finally being able to do things my way! But yeah the praise is like fuel for the spirit.

That's great, man! I'm so happy that STEEM allowed you and your father to grow closer. It has really opened a lot of doors for many people, and I'm glad it has done so for you. These are the kinds of milestone posts that deserve time in the Trending page.

Thanks a lot bro! It's been an amazing journey and i'm hoping for many more milestones in the nearest future.

And I also wish you the same 😊

Might be a longer road for me considering the trend, but I'm just happy to see all the success other people achieve :)

Isn't that the best!! I was a punk growing up, put my pops threw some shit cause I was always getting in trouble and looking for ways to go against the grain. Now that I am grown and I take life more seriously, I seek the approval of my father, and it feels great! As I'm sure the same feeling goes for you, cause I can feel it within your post...my pops is a good man, and I can only wish to be half the man he is.
Thanks for sharing this post. I am glad you had this moment! I hope for many more to come for you!

From your reply I can see that we feel the same way. You understand the emotions behind those words.

Years ago, if this happened in a movie or a story, I'd have laughed it off as being fake but the emotions/powers behind this feeling are as real as they get!

I hope for many more to come for you!

I wish you the same.

What son doesn't long for the approval of his father? This is a truly inspiring thing you have written. It's really awesome that people from all over the world can enjoy this with you. Steem on!

Thanks so much. It's so awesome that he's in the process of getting his account 😊

Sometimes what seems so obvious to us seems very blurry to others. I've quit trying to convince anybody. All I ask for is the freedom to do what I want to do and when the time comes, time itself will reveal who was right.

Congratulations and steem on.

Once again, I'm proud of you son

That's how they are lol.