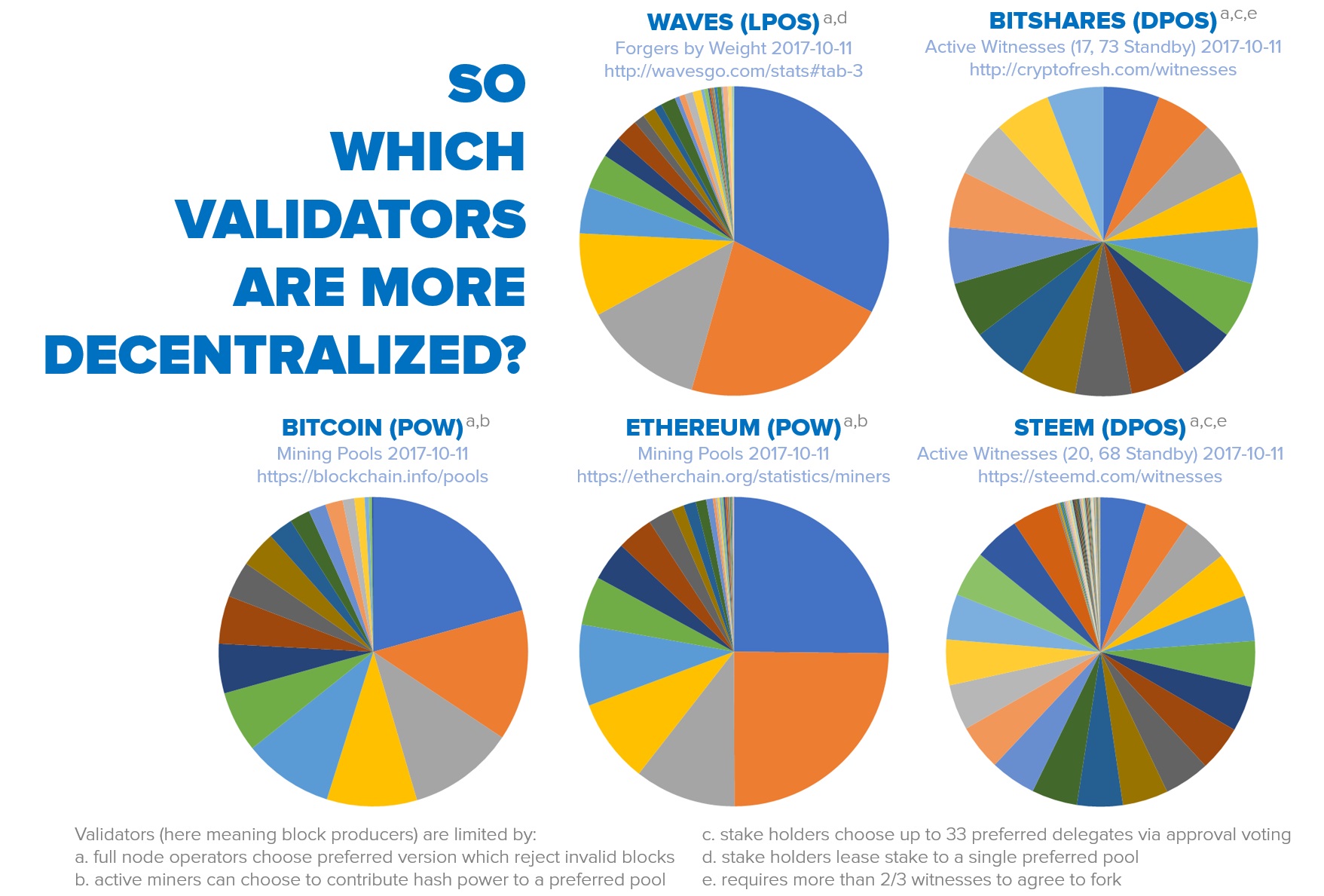 The Problem with Byzantine Generals

Bitfury DPOS report in "Proof of Stake vs Proof of Work"

Steem would have more witnesses after top 20 randomly chosen weighted by only runner up vote distribution. That improves the distribution even further, but bit hard to measure, so I just did the weighting by vote distribution directly for 21st instead of only recent history.

This seems out of date since PoW no longer used but close enough: https://steemit.com/steemitguide/@jeissonquiroga/a-full-steemit-user-s-guide-to-steem-witnesses

I updated the graphic to reflect that and added conditionals.

I am not sure if this is indicator of anything. Yes it does give a general assumption but does this %100 tell which one is more centralized or vice versa? Or is there something i am missing?

It's almost impossible to compare them directly. Hell, half mining pools and half witnesses could be same person too.

But at any specific moment, that's how many measurable entities decide what gets validated.

In addition to proofs:

Miners are kept honest by full nodes not relaying nonsense transactions. Takes 1/3-1/2 of miners to fork the chain to double spend, but nodes can prevent it.

Witnesses are kept honest by voters who would in theory vote out malicious witnesses & they would lose all their income for any number of years they could've accumulated as it would be extremely hard for them to return with so many others on stand by. Takes 2/3+1 of witnesses to collude to attack.

It's hard to compare voters vs full nodes power. Best I can do is each registered validator and their weight.

Easier to compare more similar tech. Sometimes we compare full nodes. For example, eth has about 21k nodes and btc has about 92k full nodes and BTC obviously has way more hash power. Stuff like that.

There could be tons of reasons why someone might be able to skip all this protocol level stuff and attack in another way, lets say through political centralization.

Anyway, we can only guess with various metrics we got.