As announced, today I would like to mention the advantages and disadvantages of vote selling. I chose the Minnowboster and took a closer look at it. 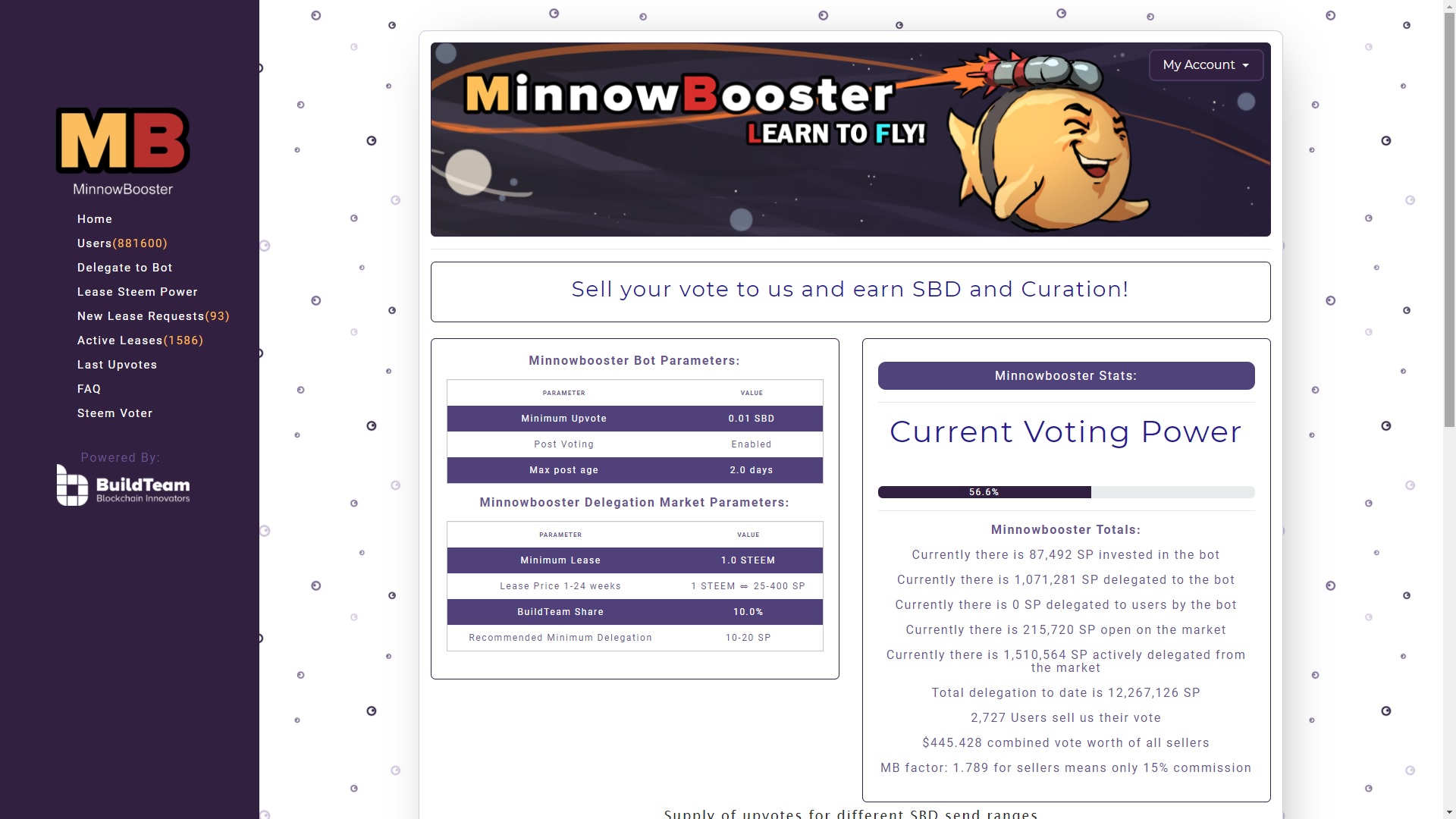 Currently the most popular feature of the Upvote Bots is Vote Selling. It allows the bot to access in your account and let him vote when you're offline. In addition, you can set when an up vote should be made in which one assigns the bot, for example, only from 60% Steem Power or even only from 90% Steem Power to vote. For each vote, you will receive 85% of the amount paid by the customer, as well as the curation rewards that receive the votes.

If you're not overvoting yourself, Vote Selling is well worth it. However, if you upvot quite a bit, Vote Selling is not worth it because either your voting power will be very low over time or the bot itself will not upvote.

If you want to try out the feature, you are welcome to use my Ref Link (https://www.minnowbooster.com/vote-selling/?ref=61671). You get another 0.5% more for your Vote Sells and I get a 1.5% bonus for free!