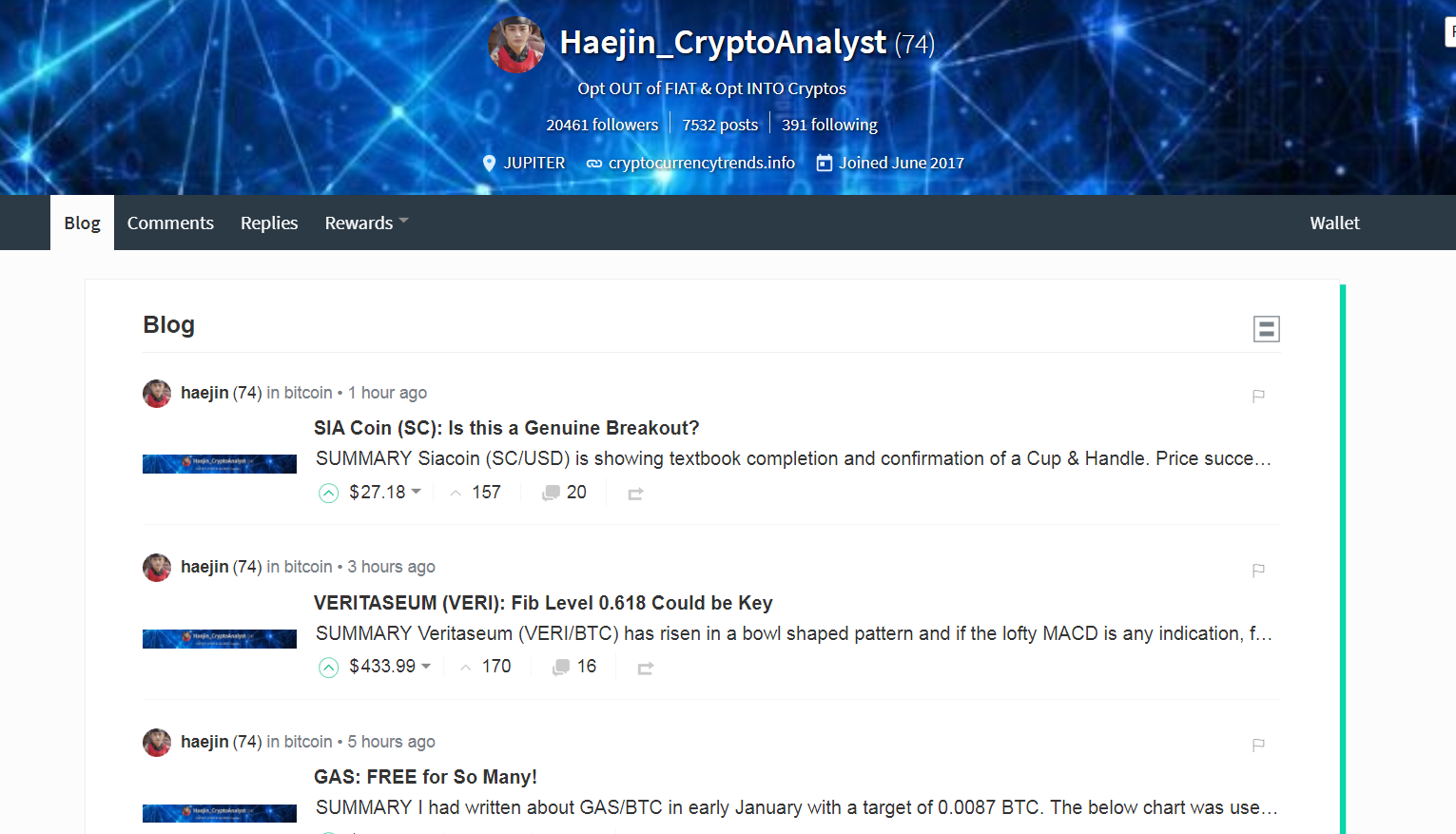 For those of you who are not aware, there is a controversy going on surrounding steemit user, haejin, for reward pool abuse posting multiple times a day and gaining hundreds of STEEM dollars. I myself do not put any stock in technical analysis and believe that you can correlate anything with everything. It's just people doing guesswork and trying to enter certainty into an uncertain volatile market.

That being said, it's up to steemit users to down-vote posts that they don't think are worthy of reward. The bad thing is that in the same way people do not want to put a dislike button on Facebook due to fear of provoking anti-social behavior people do not wish to downvote posts and would rather than scroll past them to stuff they like. There's just less incentive in spending your voting power on doing so instead of trying to claim curation rewards by delegating your STEEM power out.

There have been complaints that Haejin posts multiple times a day instead of just once to maximise his rewards but that's just the way steemit has been built. People respond to incentives and if he can get $20000 a day instead of $2000 a day why would he do anything else? I don't understand the particular hatred towards haejin. There are literally people posting stolen videos and images and gaining hundreds of STEEM dollars. Quite lackluster effort. They put a stupid caption over an image and make a day's wages.

Scroll down and see for yourself.
https://steemit.com/trending/meme