Correlation, causality and the forgotten in-between.

Deniers of scientific results are technically right. But nevertheless wrong. 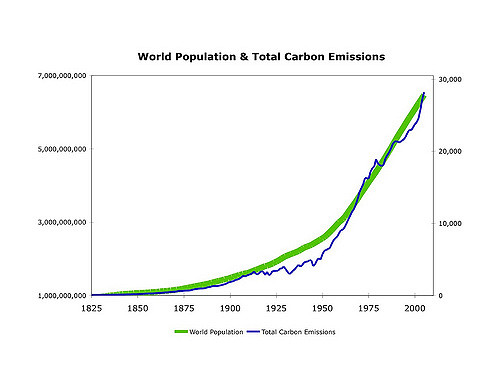 After having some first confrontations with steemit’s anti-vaxxers, AIDS and climate change denialists and the like, their common favorite argument is easy to observe: “Correlation is not causality!”
And of course they are right. It isn’t. But does that mean statistical correlation is meaningless until you can prove a causal connection? Let’s take a closer look.

Correlation is defined as a relationship of statistic variables. In its simplest form: if var1 increases, var2 increases as well. This might be due to var1 causing var2 (which we then call causality), but it might also be pure coincidence. As you can statistically relate almost anything with everything, coincidental correlation can be established easily, and sometimes they are really funny – check out this site for examples!

The dilemma of establishing causality

So how can we establish a causal connection between two correlating variables? For this, we have to prove that var1 causes var2, and the only way to do this is by experiment.
An example: if hitting the head against the wall gives you a jolting pain every time you do it, this headache is in a proven causal relationship with your (slightly idiotic) behavior of hitting the wall. Note that this is one-directional, i.e. it does not mean that every headache you'll ever encounter will have this specific cause. Scientifically spoken, hitting the wall with your head is sufficient to cause a headache, but it is not necessary.

The problem with this dependency on experiments is that those – although being the backbone of most natural sciences - are very often not performable. For example, we cannot prove the causality between CO2 levels and climate change by intentionally raising the former to dangerous levels, as this would irreversibly damage our home planet.

This dilemma offers an open flank to science denialists of all different kinds. For them, as long as we cannot prove a causal relationship, it is equally valid to proclaim it simply does not exist and they are right to spread whatever theory/belief they are supporting.

Technically, they are right. But for real, they are wrong. For scientific fields that cannot use experiments, and thus will never be able to produce 100% certain facts, are far from being invalid.

Because there is a workaround: to assess the likelihood of a causal relation between correlating variables. This can be done by using statistical methods that ARE mathematically proven, and thus not up to debate, but also by estimation based on existing data.

If the available data is overwhelmingly pointing in one direction, we can be as-good-as certain there is causality – even if we cannot definitely prove it. Plus, we can also assess the probability of counter-hypotheses and weigh the arguments.

It is important to remember that when we scientists say “we cannot be 100% sure”, it in general means we are sure as hell. We are just not allowed to say so because we are educated to speak mathematically correct.

f hitting the head against the wall gives you a jolting pain every time you do it, this headache is in a proven causal relationship with your (slightly idiotic) behavior of hitting the wall.

Some times I want to do that when need to handle statistics :p

This is a very good post. The same thing holds for scientific discoveries in physics. We say we have a hint for something new when the probability for having something new is of at least 99.7300204%. To claim for a discovery, we need to be sur at the 99.9999426697% level. And finally, to reject an hypothesis, we just need to be conservatively sure at the 95% confidence level. lol, now I'm glad I'm in molbio/tox
Btw: thanks to your vote my post overtook the anti-vaxxer post in steemit-education trending. Now THAT feels good.

Glad to know it helped :)

The absolute vapidity of the arguments presented against vaccines and climate change (among other things) has become truly absurd. I see people appealing to the most grandiose of conspiratorial thinking to rationalize their own dodgy conjecture. They remain so skeptical of anything outside of their own insular thinking, and yet accuse others of such a deed come refutation or challenge of their own claims. Reptilian cloud people making immunizations for population control? Oh, yeah, sure thing.

The tragic irony of those appealing to conspiratorial thinking is they are often being played by Alex Jones or David Wolfe proteges who will manipulate their audiences to hawk dubious products at a premium. More tragic, those hapless individuals deem those figures benevolent by assuming they are looking out for public interests, or by appealing to sentimentalism.

[David "Avocado" Wolfe] "Today is the best day ever! You are special and important. Why not show it by purchasing our Earthing Pillowcase to complement our organic deer antler velvet to help you detox all these toxic toxins for only $89.99!" (Yes, that's a factorial for sake of effect)

[Alex Jones] "GET YER FLUORIDE-SHIELD FROM MY STORE BECAUSE YOU CAN'T TRUST YOUR GOVERNMENT, BUT YOU CAN TRUST ME! GLOBALISTS! GRAAAHHH!" (Frothing lather of a monologue ensues)

All bullshit aside, it is nice to at least see there are sensible, rational, and empirical folk adopting this platform and generating content that doesn't exploit scientific ignorance maliciously for profiteering; rather, warns people of that very thing. Thank you for your contribution -- your content is appreciated.

A wonderful article! Please do more of this. You found a fresh stile for a rather dry (but extremly relevant) topic.

thanks. I feared it might get too dry, happy to hear it's not.

Science wins! Correlation really is casualty in this case. A lot of greenhouse gases floating around due to the massive increase in population.. Yup, and cows too...

What are you talking about ?? Can we simplify this and start all over again Hahhaa!
Anyways, joke aside
Wonderful stuff you do! I am impressed!
Feels like back at school again.
i never never ever stop learning.
Steemit is a huge challenge to expand our horizon and polish my braincells 🙏

Haha, thanks. Problem with simplifications is that you lose Info. So I try to find a balance... that the stuff I write about is readable to non-science people but still meets the high demands of the steemstem-community. Hope it works...
And yes, steem is very challenging for brains. ;-) There's so much completely different stuff to read! love it.

Dude, love that post!
Whenever I see some anti-vaxx posts again, I will gladly link to this :)
P.S.: If you convert your SBD to STEEM, you soon will have enough power (500 needed) to adjust weight of your votes. That way you will be able to vote more than 10 post a day without loosing too much voting power!

thanks and thanks. I'm following a dual strategy of payout/power up at the moment. Still amazed that i'm actually paid to write ;-)

"After having some first confrontations with steemit’s anti-vaxxers, AIDS and climate change denialists and the like, their common favorite argument is easy to observe: “Correlation is not causality!”

I actually read a comment from a skepticist yesterday saying:

Yes correlation absolutely and positively must imply cause and simply that. Without correlation we have no real reason to invest into discovery.

The @OriginalWorks bot has determined this post by @sco to be original material and upvoted it!