STEEM valuation compared to other quasi-companies in the crypto space, TLDR, STEEM is undervalued

One of the difficulties with valueing STEEM is that Steemit is not a traditional business and the market cap of STEEM isn't equal to the value of the company steemit. It is somewhere between stock in a company and a currency, as opposed to bitcoin that is purely a currency (may change with segwit) and ethereum that is even more complicated as it is a platform for currencies, companies and whatever else to be built on.

So I will just use 5 other cryptos to compare with STEEM, these crypto's where picked as they are, with steem, the top 5 cryptos by market cap which also have the quasi company-currency valuation.

edit: I realise there are other crypto of higher value but I see them all as either currencies or platforms and not comparable.

note: I couldn't find any numbers on how many are using the Golem Alpha, if you have info let me know in a comment and I will update.

I apologise if it was a bit of a highfalutin way to say that Steemit is the only one with users, but there it is.

But of course user numbers are not everything we need to look at, there is also the potential for each of these 'companies'. To look at this I will look at the top company in each of their industries and award each of the cryptos a multiplier based on that.

notes: I got the value of AWS from this article from Business Insider. Probably a stretch to compare Brave's business to P & G

Now that we have the industry multipliers the next thing we would do is assign a % chance of each of the companies becoming the leader in their industry, to do this we would look at the growth rate of the user base of each of these 'companies'. As mentioned above, bar steemit, none of them have users. Also I am not experienced at estimating this percentage so anything I could give here would be just guess work. But due to having a growing user base I feel it is safe to say that steemit's percentage should be higher than the others. I'd love to hear your imput on this, so please leave a comment below.

This is the stand out anomaly from the analysis, by my numbers STEEM should be somewhere around 57 times more valuable than GNU but it is in fact 7 time less valuable.

This is likely due to GNU's crazy high valuation that has come about from only 10% of the tokens been in circulation and that leading to coinmarketcap.com highlighting a misleading market cap.

Unfortunately I know of no way to short GNU, if you could you should, and long STEEM as if the general crypto market moves up STEEM should outpace GNU and visa versa if down.

Valuation is about in line with my numbers, but as mentioned above it may be erroneous to use P & G as Brave's target. The potential 100 mil users is promising too.

If you bought this I would not try to talk you out of it.

Again STEEM is either widely undervalued or REP is overvalued, this is unless you assume that when successful Augur will be 20 times bigger than the biggest online bookmaker, which is a bit of a stretch.

This same reasoning goes for Gnosis.

By my industry multipliers STEEM should be twice the market cap of GNT, it is actually 1.5 it's size which is within acceptable range. At least until we take into account the usage numbers, as said, given that steemit is up and running and growing at a good pace it is fair to assume that STEEM have a bigger chance of achieving market dominance in it's industry and therefore should be further ahead of GNT.

Either STEEM is undervalued or these other tokens are over priced. 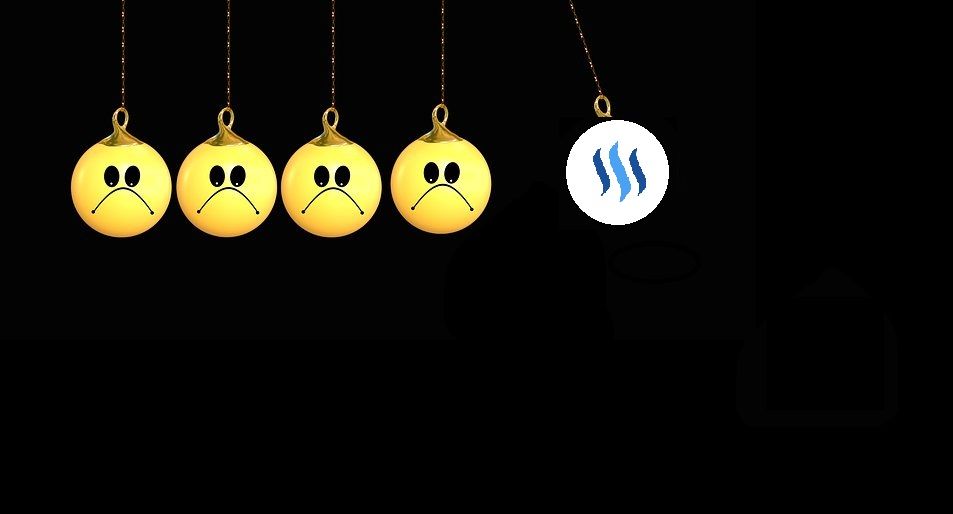 Source: altered from this picture on pixabay

i think we are going to see an exponiential growth of steem in the near future. lots of would be investors were skeptical of steem and as they realize steem has solid potentials they will come round. same thing happened with bitcoin,look where it is now.

Yes sir. That is the same thing that I have been saying.

most cryptos need wild speculation, steem will see investment due to solid evidence of growing users

I think steem is under valued, but as it grows we are going to see it explode in a overnight kind of thing. I bet a hand full of investors are getting ready to pull the trigger right now, and the ones who are here right now are going to be very please in the next year or so.
I was just thinking about how fast one year went by. Blink and gone. The future looks good.

I aggree about it been under the radar, I think it is mainly because it is not built on the ethereum network and didn't raise during the ICO craze.

Steem is like a baby born a year ago. Look at the future, It will occupy first position in within 3 to 5 years for sure.

I find it hard to see STTEM above whatever becomes the defacto currency and platform in crypto. currently bitcoin and ethereum. But if nothing replaces it I see STEEM 10x 20x 100x what it is today , in a few years