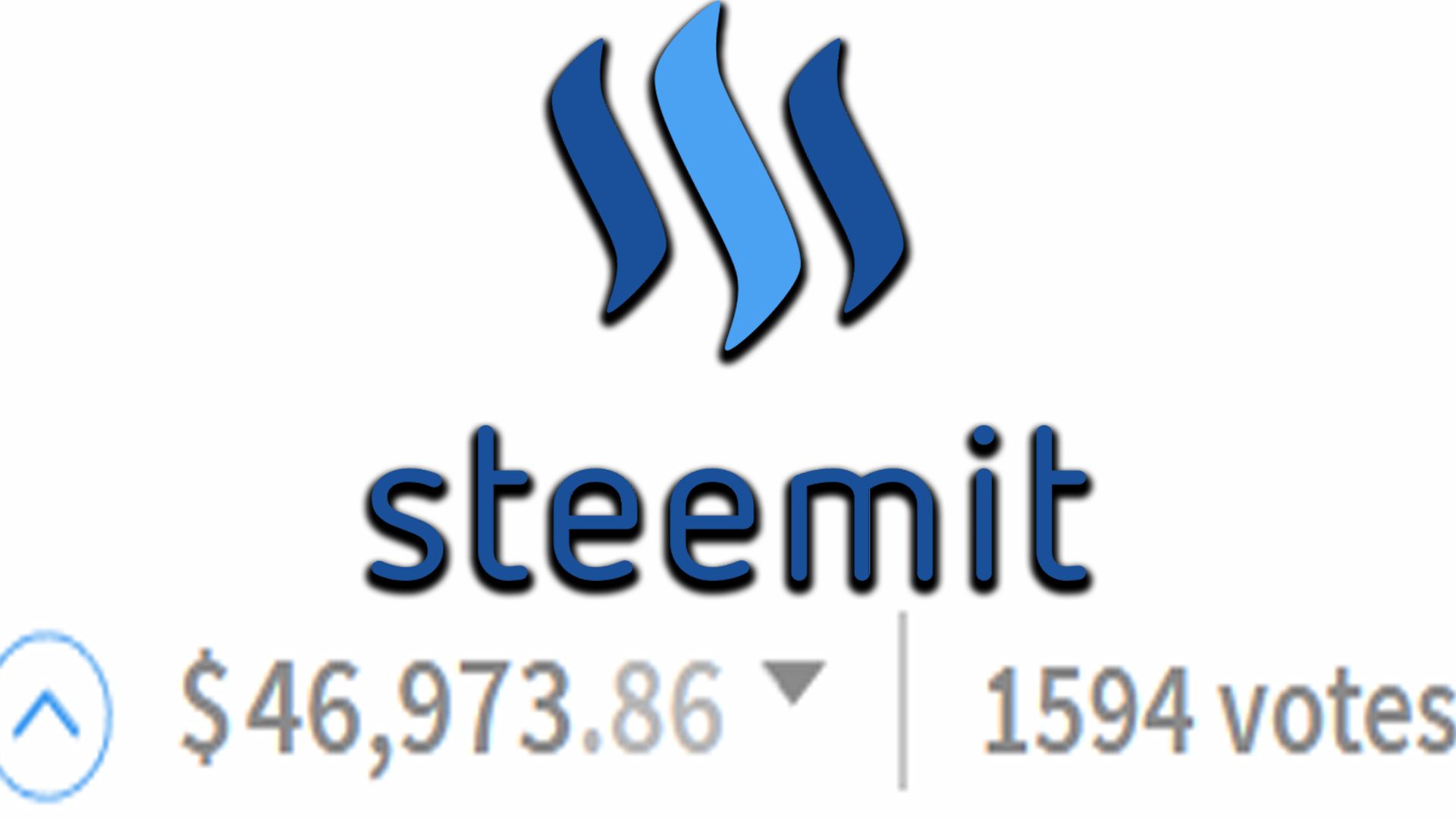 Numerous users complain about their posts never being seen on Steemit. Do you ever feel like you wrote the best blog ever and wished more people could see it? I always felt like that in the beginning.

The Truth About Steemit Views

I hate to break it to you, but the truth about getting views on Steemit is there are only two ways. I remember my first post it made a few cents, and only a few people saw it. I would see many Introduce yourself posts getting hundreds of dollars and hundreds of upvotes, I thought it would happen to me too! But it didn't, the way Steemit works is bizarre and takes time to understand its algorithm.

Some things can boost your views and upvotes, and that is related to the post itself, posting infographics, a photo of yourself, cartoons, and banners will increase your returning viewers. The issue at hand today is how to get first-time viewers.

If your post title is boring and not exciting you will never get clicks on your post, let alone upvotes. Treat Steemit like advertising; the ad needs to be attractive to others so they can click on it, its the same with your titles.

The title should relate to your topic that you wrote about and excite the reader to click on it. If it just says "my opinion on Bitcoin," no one will care to click. Rather you should give it an exciting title like "Bitcoin China FUD - My thoughts."

The Steemit community usually neglects the thumbnail of the post; you need to make custom thumbnails and put effort into them. Taking a picture off of Google and using it is not going to work, you need royalty free images and edit those to make them more exciting.

Once you have a nice thumbnail and catchy title, this will influence others to click the post. Once those two things are down pat, you need to make sure the content within the post is interesting and captivating for the readers.

I understand most of us have all these down to a second nature and just never have our content seen. Here are a few tips and tricks for you guys to implement to get more views. How To Get More Views

What I'm about to say is going to be difficult for some of you to accept but it is the only way. I spent a week posting every day to only have 2-3 viewers and couple upvotes until I discovered "resteem services." I know, I know! I hate that these "services" even exist but when push comes to shove you have no choice but to fight back.

Certain users do resteems for your posts for a fee of 1-2SBD, and they resteem your blog to thousands of fans they have. The fans they have are real active users but the method they got these fans is not in the best manner. They usually use bots for their accounts to follow mass amounts of users and get followed back from them and accumulate the huge following. I have seen a lot of benefit from these "services" because there was a time where I would have no views until I used them.

There is also a Steemit account called @Curie where you can submit a post of yours or another person, and if it meets their criteria they will upvote the post, and it will make a few hundred dollars. If you were the one who submitted the post at worthy to up-vote, they would reward you with 15 STEEM. Curie's hard to get but if you do your reputation will skyrocket to almost 60! The final method I see authors using is paying for whale up-votes and boosts. The whales are easy to use, you can send 0.5SBD to Randowhale, and he will upvote the post when users see a post with a lot of money they tend to click on it rather than one with $0.

If you want to show the post to have a lot of money and get it to trending, then you can use @Booster and bid a certain amount of SBD to get an up-vote from them according to the split between all the bidders. Once a post hits the trending page, it will get more viral by people seeing your post rising in the ranks. The Future of Posting

Right now we are lucky Steemit is not huge and there are still very few users compared to all mainstream social media. The upper hand we all have now is the capability to grow now and enjoy it shortly. If you can spend 6-8 months working hard and posting daily on Steemit, you will not regret it in the future when the platform gets adopted by the masses.

I want all of you to comment down below what methods you like to use to get your post more viral. I would love to hear from all of you and would like to implement them as well!

Great title . You did your homework and practiced what you preached . Good job. :)

Thank you! I hope it can benefit some people :D

Thanks for this great post. As a newbie it is really helpful for me and I sure will try more of your suggestions.

Your welcome! Try a few out, you will see an improvement :).

Great post @distress2success! For all you minnows out there; here's a quick way to increase your Steem Power by boosting your Curation Rewards!
https://steemit.com/steemit/@steemitromney/you-ve-found-a-curator-gem

My favorite way is to use whales and boosters. I have created a "How to" here so that it is easier for the Minnows to understand https://steemit.com/minnowbooster/@cryptogainer/how-to-increase-your-steem-power-with-minnowbooster-and-minnowsupport

Thank you @distress2success for your post, it will certainly help many newcomers.

Upvoted, comprehensive and sounds very effective.. still clueless re: using @booster, sending steem (is like like greasing the wheels?)... still a total steem newbie becoming functional with much of what you've said will take time. I've yet to send steem. Oh yea fellow steemians .. how do we "fan" someone?

Thank you :D, yea I was super confused how to use booster in the beginning too! The way it works is you send steem to them and that steem is put into a raffle with other people who bid steem too. They give out upvotes according to how much steem you sent, so if 2 people sent 5 steem and you sent 90 you will get 90% of the full power upvote.

To become a fan you go to the authors profile and on the top right side you will see a button saying Follow :)

I guess we will never know how Steemit works exactly... i had in the past blogs that i have worked for hours and only get few cents. I notice from other posts that are some particular times durring the day when its the best to post and so on.
I think that the key after reading your blog is consistancy and like i mention in the past enjoying and having fun!
So what if sometimes we get only few cents... as long as we have fun its all that matters.
As usual another great blog from you!
Keep up the good work and always Steem On!😉

When I first started and till this day i post very late at night, theres less people active and viral posts dont take up all the traffic. At night there fewer posts and getting viewers is a bit easier :)

Have no expectations. Enjoy what you do. Grow stronger each moment, each minute a time. Everything else will come with the flow.
Great article! Keep on inspiring!

Thank you very much :D, It all comes down to persistence!

Hi. Thanks for sharing. Can you please tell me how to submit our blogs to @curie.

Great post and some useful tips, with good titles and content it could definitely bring in search engine traffic which would help make posts more popular.

Thank you for the suggestions they have been very helpful.

I think Attractive Thumbnail and catchy title formulas are good.

Boobs might be the key to a great thumbnail.

That may get you views but certainly not upvotes as people hate click bait :)

Thanks for this revelation. I find it very educative. Resteemed

Awesome post!!! Exactly what I have been looking for. Been a steemian for 2 days and learning so much. Thanks again.

How did you make the gif at the end of the post?

Good post mate. Thanks for the Curie trick I wasn't aware

Your welcome! Curie is amazing, if u get it you will get alot of money! ahah

I tried but so far nothing haha :P. It is like the lottery I guess

Haha yea its kinda hard, they choose the best one :)

You have your chance though ;)

Great post, I've just started my blog and know how difficult it is to get my posts viewed.

I've followed so I don't miss your future informative posts :)

The three pillars to success indeed! :)

Some great tips here. Really appreciate it, keep up the great writing!

But how do it? I mean how to use curie and the other services like whales etc?

i like to promote my post on steemit.chat though that doesnt give much views, i try the resteem service and get a couple of views that doesnt give back what i spent on the service so i have stopped.nice post i never knew about @curie.

Ahh yes the steemit chat feels like a garbage dump, people drop by past a link and disappear and the content never gets read :(.

I really appreciate the post @distress2success! I believe that this post also could help raise viewer traffic, even though the page format isn't implemented.

Really appreciate the tips. Just joined @steemit recently and have been trying to get more views!

Don't forget about Steemit chat and different Discord channels. Some of them can be really useful for promotion, especially P. A. L. by @minnowsupport.
I don't believe in resteem-services, because usually it is accounts with low reputation (30-50), and all their long lists of followers are gathered using "follow per follow".

The resteem services are only useful for a little while and then becomes useless because of all those low rep users :(

IMHO, using resteem service is a waste of time, as most people in the resteem account follow list never check the account. If you have free SBD to give away you may just as well organise a contest. That way the community benefits.

Upvoted and Resteemed. Good beginner advice and since I am a beginner...

Thank you! I hope you will succeed :)

Thanks for the insight amigo. I just posted my first two articles about the cannabis/blockchain industry and a funny one about crypto asset names that are weird and was in dire need of some guidance to get people to see it. Will try out some of the methods you mentioned and will keep writing! Thx again!

Thanks. So good. This is what I want because I am Japanese so the articles like this is so less in Japanese. I couldn't get such a information ever.

Great Article It will help me to grow my steemit account

Thanks for the information.

thanks for the post @distress2success. fellow Canuck and a newbie here. still learning, lots to learn and posts like yours are a big help to figuring out this thing called Steemit.

Your very welcome! I hope you learn the in's and out's of Steemit from my posts! I want to speed up the process for the new comers :D.